(I took your guys advice into consideration, I boosted his height just per my own preference. Then since some of you informed me to get rid of the bright red because it was to diverse,I decided to instead remove the dark orange and trans-orange and instead boost the bright red and black count. And someone pointed out that there is not enough gold, since I only intended for gold to be highlights I only increased the gold part count slightly) Flesh-Jaw is a vengeful spirit brought back from the grave by Skull mage to be his personal warrior. A burning ball of rage, though he knows when to attack, when to be patient, and when to hold back. In life he was a war General who died on the field, he was at peace until he was brought back. He died in peace, he wanted to stay in peace. In hand he carries a large gold spiked war hammer with powerful capabilities of pure destruction, able to blow through solid bodies. He also carries a small golden katana as a side weapon, able to slice through bodies like a hot knife through butter. Finally he carries a small hook and chain that can be used in oh so many different ways, such as disembowelment, dismemberment, pulling people towards, throwing them around, etc. 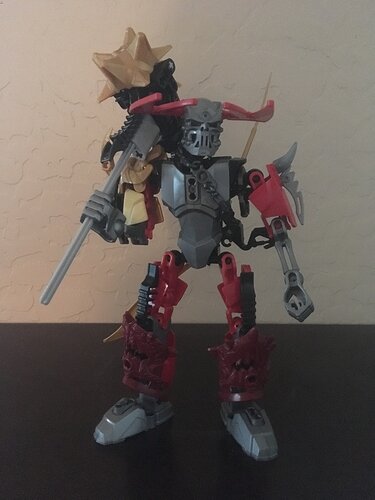 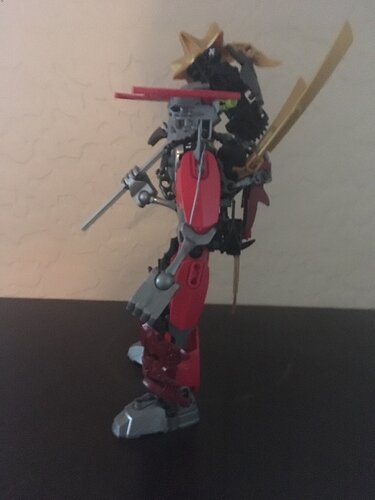 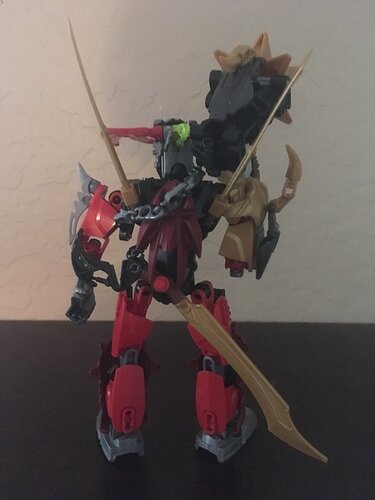 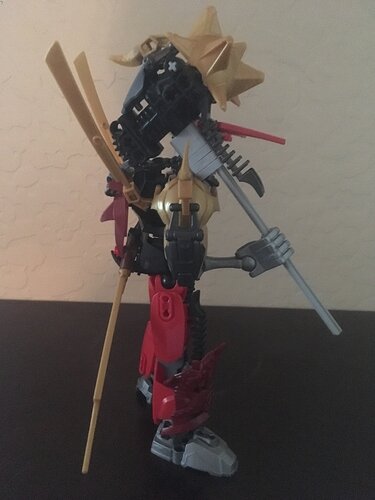 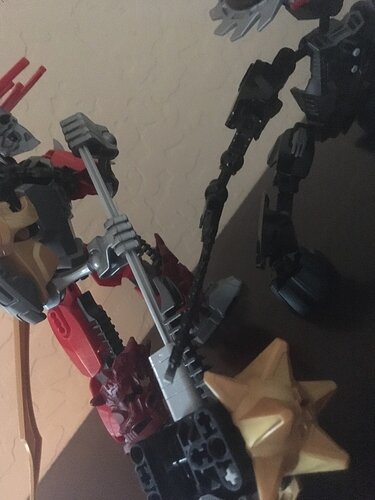 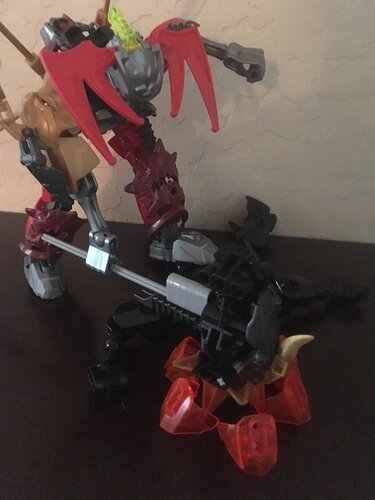 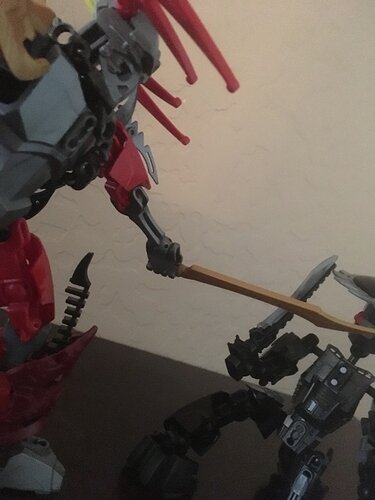 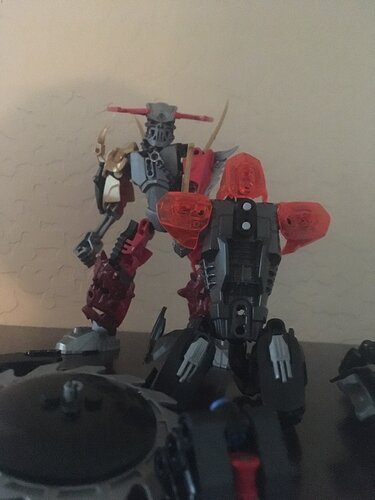 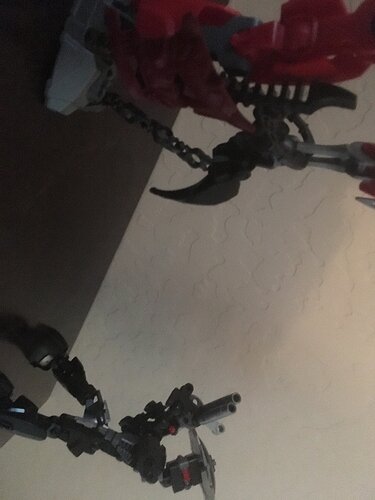 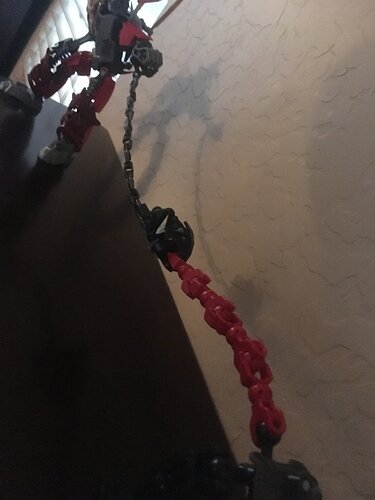 At a glance this looks much better, the colours have definitely improved it.

Thank you I tried my best to improve that aspect

And I think you did a good job too

Well thank you to you too, I’m sorry it couldn’t be more complex or something like that

Complexity isn’t required, a simple colour change can do a world of good, this is a great example of that.

@SonicBionicleMaster and @Kardax thanks dudes, I appreciate the compliments/advice on this stuff. Almost every other post it’s not complicated enough, thanks for bringing some light to my eyes about my Mocs.