A pair of cute babs I made last fall, but procrastinated on photoshooting.

The raven was my attempt to make purist version of Ekimu’s falcon. I wanted to build one, but the use of system in the build annoyed me, so this happened. Though it is considerably bigger than its rolemodel, the heels allow him to be plugged into ccbs parts like the original.

As for the fox; later in the fall I had my mocs on display at a lego event hosted by a finnish lego store. What kind clicked me was that my mocs didn’t gather as much excitement as expected, so I figured it might be because my creations might be unfamiliar and unrelatable. So after gathering some more relatable moc ideas a friend of mine suggested building a fox, being a mad fox fan. I gave it a shot, giving creation to this fox moc. 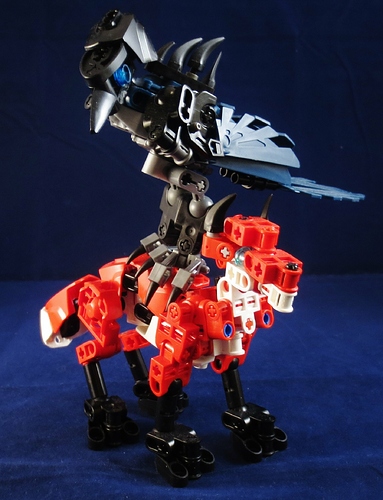 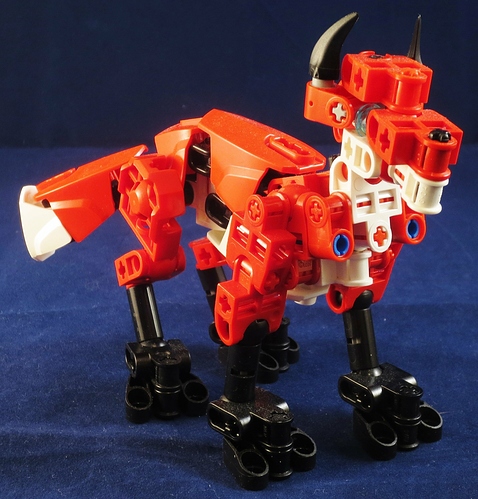 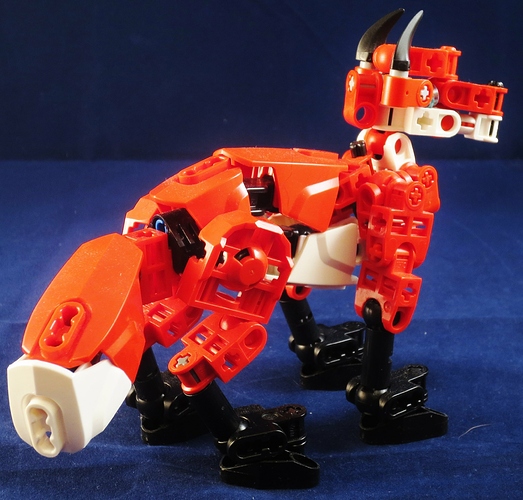 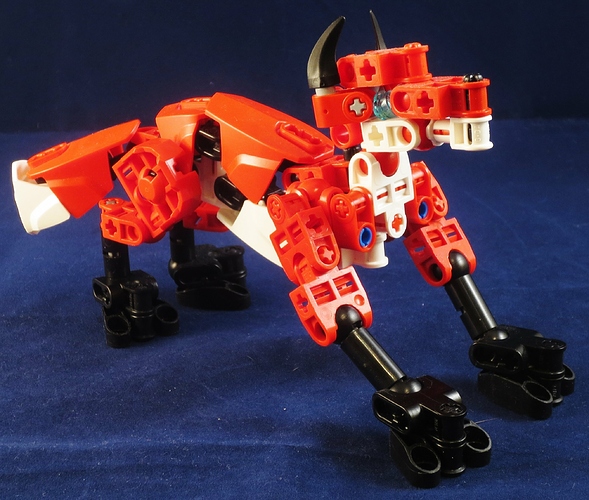 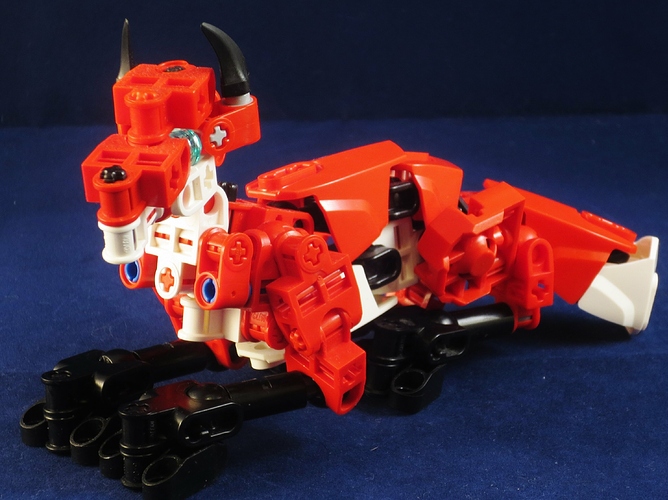 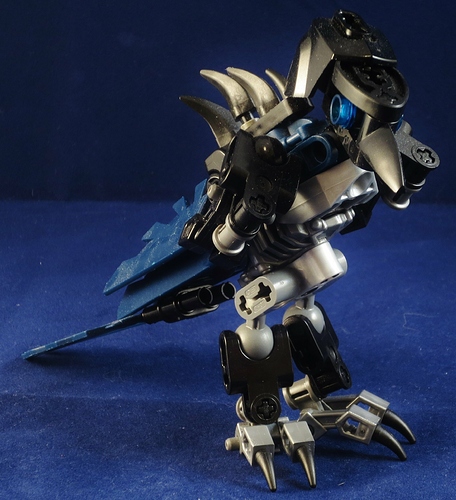 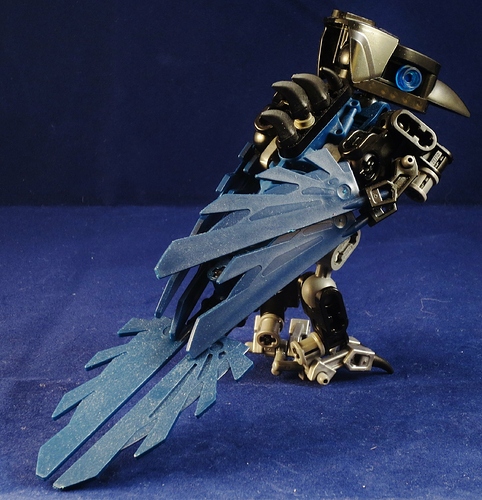 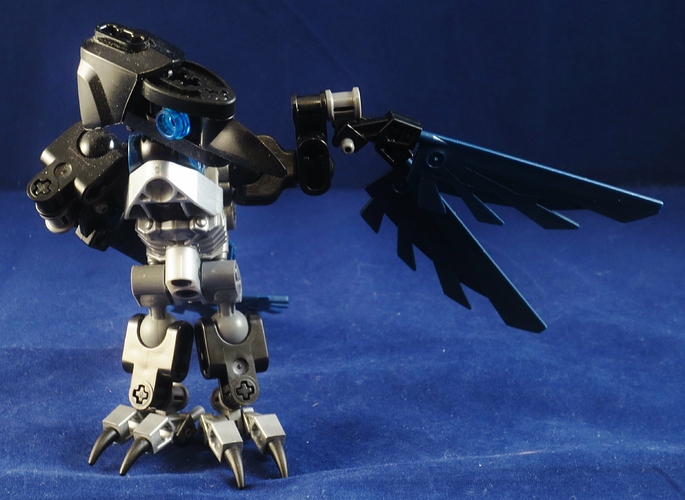 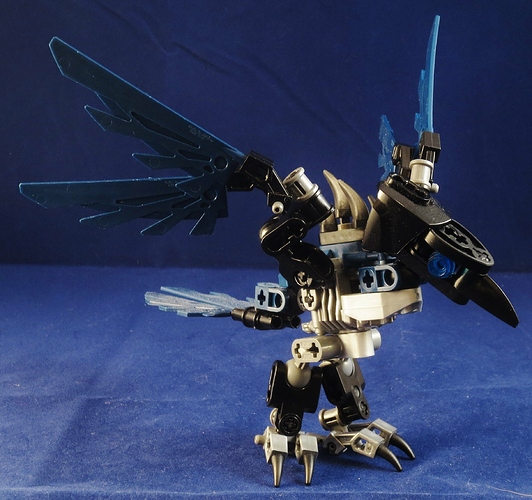 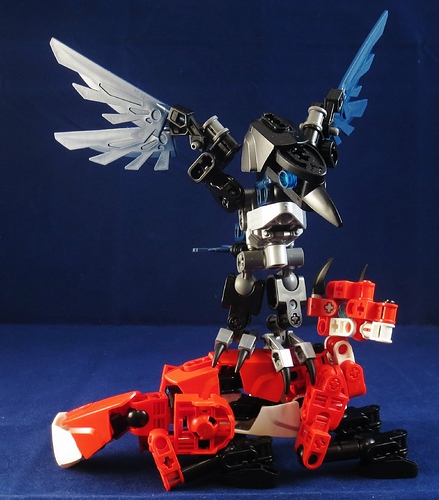 These are pretty good. I don’ think I’ve seen many people try and do live animals with CCBS. Though the trans-red on the fox is a bit jarring.

Pray tell me, where do you see translucent red?

It’s plain mata red all over.

Maybe it’s the lighting then. It looked rather shiny to me.

Maybe it’s the lighting then. It looked rather shiny to me.

Well, I do use a mini studio with spotlights, so ‘shiny pieces’ are around. I always decrease highlights via editing to counter it though.

I think the photos are just a touch oversaturated.

purist version of Ekimu’s falcon. I wanted to build one, but the use of system in the build annoyed me,

They look pretty solid. Not really anything to complain about.

You really nailed the appearance of the Fox with the tail and color distribution, and the Raven is equally well designed.

More precisely, I did not have the parts required for the falcon head, nor did I want to buy any either, because I wouldn’t use it for anything else. So I came up with my own build.

I’m starting to get a sense of miscommunication here =D
ahem
I made the raven [exactly] because Ekimu’s Falcon isn’t a pure bionicle build. It uses that tiny bit of system, preventing me to build it, as I lack the pieces and the interest of buying them. Thus, the raven.

#####That raven I love it
The wings are a bit weird though.

Foxes are my favorite animals and I honestly love your fox so much. I want one so bad so, I hope you don’t mind if I make one myself. The model in its entirety looks very jumbly as if all the parts move around and aren’t static but maybe that’s just my weird way of looking at things. I also really love how you made the black axle stick out a little to define the nose. The raven looks real dope as well. All in all, these are really awesome, good job!

Sure, I won’t mind. There was another lad on instagram who wanted to make one, though as a hellhound, so I helped him out a bit =p

The fox model does have a few extra moving points. The torso has a little up and down movement and side-to-side curve, but only so much that it actually gives a natural look to it. It’s also really sturdy, so you need a bit of force to get it moving. Same with the front legs, if you’re careful they won’t bother.

I love the little nose too, I thought that was clever of me x3 Thanks for noticing =)

Reminds me of Aesop’s Fox and Crow.

Incredible work. Lovely to see such attention to physique.

Both of these are amazing! Though I think I like the fox more.

I thought you meant it wasnt a pure build.