Fungus Humungous, the Bestower of Fear

This giant mutated mushroom lies within the deep dark caverns of the Swamp of Secrets. It is highly intelligent and is producing spores within its cap in hopes of colonizing the entire Swamp with its spawn. 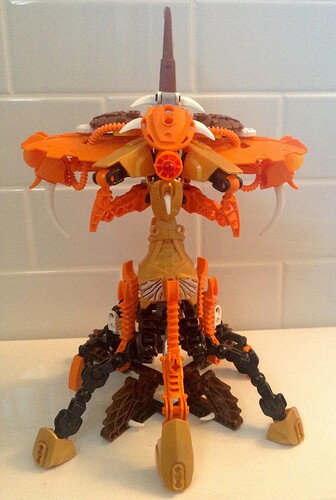 Head can move side to side, and has two posable “root tentacles” to grab prey 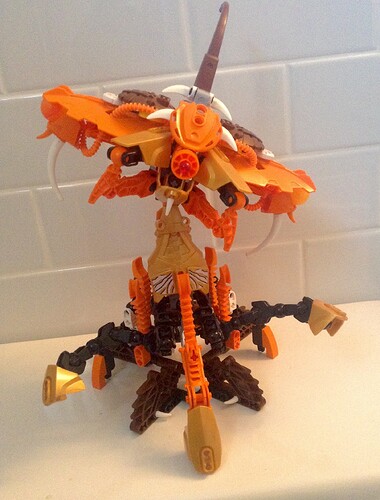 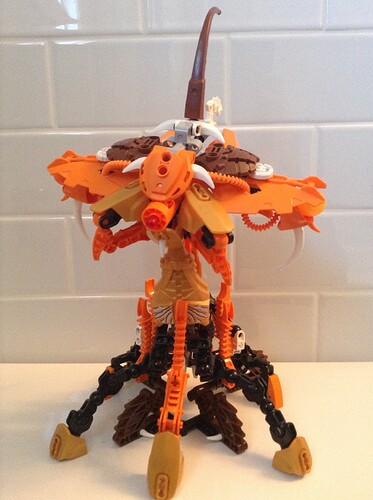 Not so beautiful side view 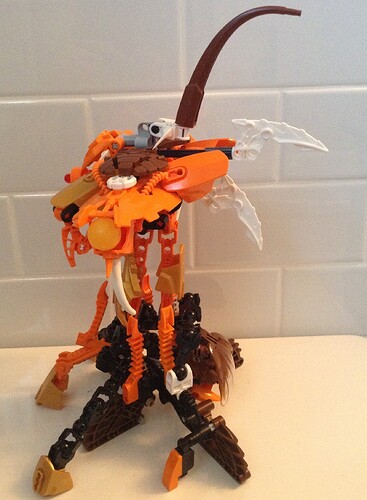 Aside from being a good paperweight, this giant mushroom has 3 functions. At the bottom of his roots, there is a secret membrane which stores its fully grown spawn… 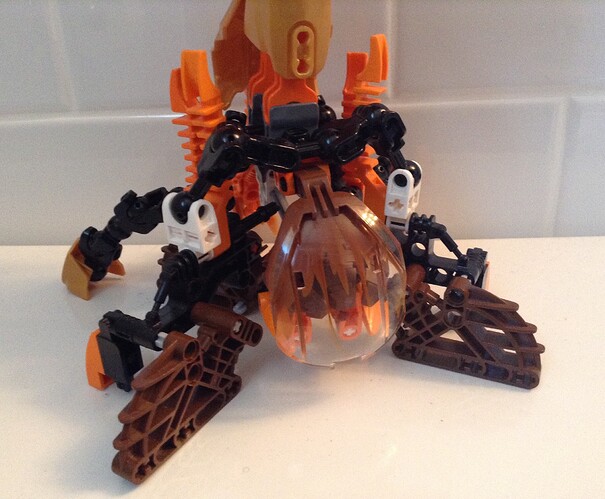 Moving the membrane upwards will enable the spawn to be released 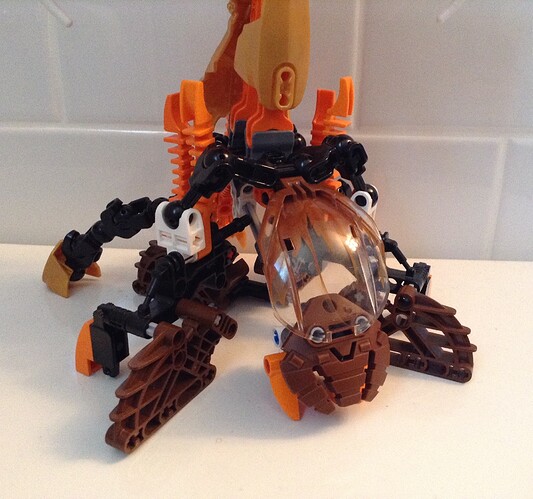 Unfold its tiny limbs, and now you have a fully mobile mushroom scout! 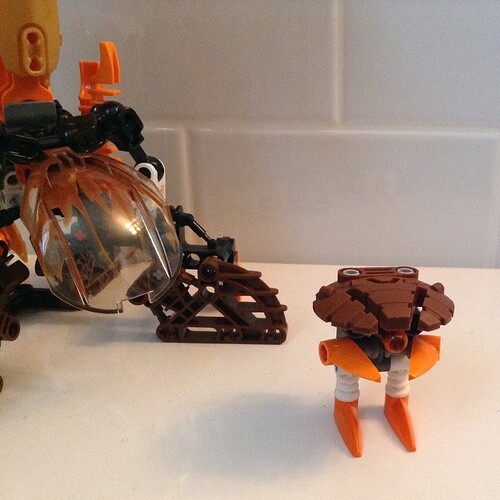 For its second function, notice that the white spike on the right is loosely connected to a very long axle 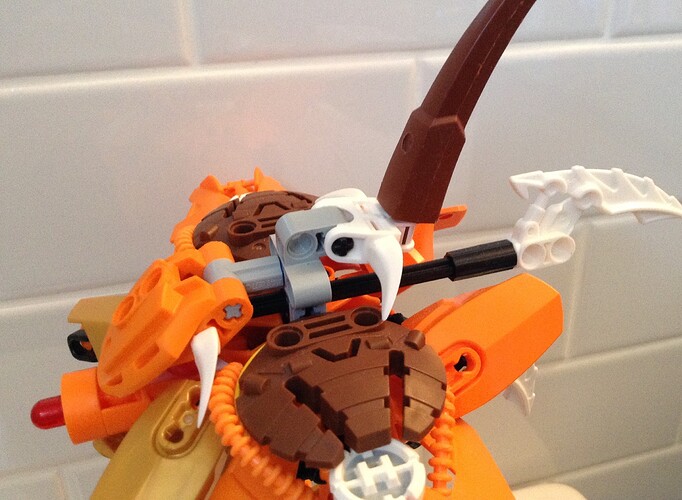 Pushing the white spike forward, will cause the long axle to launch the red spore hidden within its cap. 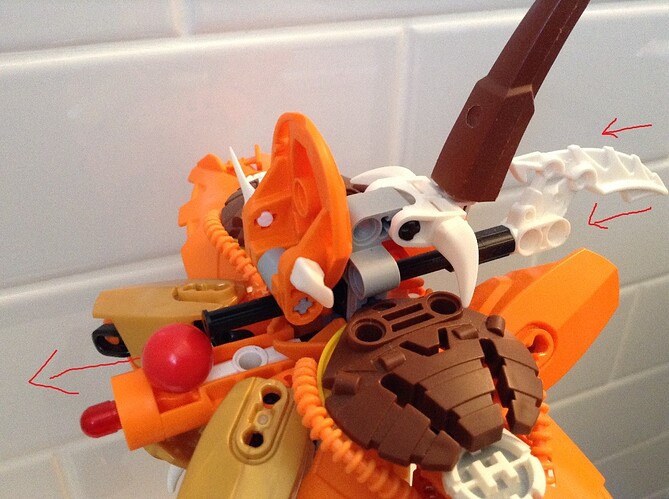 The third and final function is rather straightforward. Simply push the white spike inwards to release the orange spore ball. 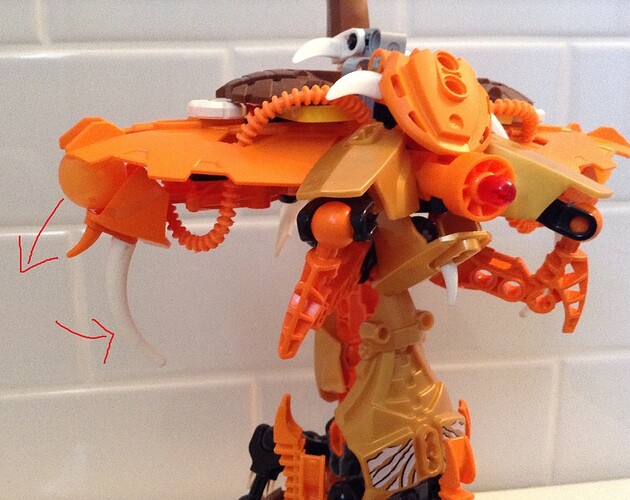 Ooh! A MOC about a mushroom!

That’s not something you see everyday. I love the originality!

Although not the most amazing MOC build wise it makes up for it with concept, character and features making it seem very original

There is a fungus amungus.

Pretty cool, wish the cap was a bit more rounded but there’s only so much you can do with that.

The name suits it very well and the MOC is very impressive.

In green? Cause that would rek the colour scheme…

Well seeing as it’s a plant I think it would look fine sprouting out of his base, Like how a MOCs weapon doesn’t always fit the colours of the MOC itself. It could also build upon his deployable scout feature, having little birds that use the system leaf pieces as wings that can attach to him or a snake made with the Ehlek spines.

Well seeing as it’s a plant

I was referring too the green itself I recommended

Major props for coming up with a MOC that isn’t humanoid or animalistic. The color scheme is bright and unified, and the build looks very involved. I also adore the fact that you put in multiple functions.

That’s because it is a fungus.
Also, I feel like you should add something to this MoC that looks like detail for a fungus, like, say… Villain cores.

I know of Hero cores, but not “Villain cores”

Not sure how that’ll look like “fungus detail” with the metallic look of it, but I’ll try it out.

They can be in red and green, and so on and so forth.

Alright you asked me to critique this

I don’t know what to say