According to Ninjago wiki, Ninjago the TV series will end with conclusion of the fifteenth season, Crystalized. This does not mean end of Ninjago. Instead, a brand new Ninjago series will debut in 2023. As of writing of this post, its title is unknown, but we do know it will not be reboot.

As for my personal speculation: since the new series is confirmed to not be reboot, I think it will be either a sequel or a prequel to the original series. Since it is not a reboot, and it still warrants being a new series, I think there will be different main characters to the original.

There are many possibilities for the new series. If it is a prequel, we could see both known past events like the sealing of serpentine and Garmadon being banished, and these past events that are currently unknown. In a sequel, it could be set in distant future, where the adventures and deeds of the original Ninja are ancient legends that inspire a new generation of Ninja.

What are your thoughts about the upcoming series and the future of Ninjago? Do you think doing a brand new series is a right step forward?

Do you think doing a brand new series is a right step forward?

i think a good step forward would be a brand new series
And by that i mean something not Ninja related. I’m fine with Lego running Ninjago as long as they like (or as long as it makes money) but i kinda wish they’d do something…else. A new original line would be nice to see, one that isn’t Ninja-related.

sigh I am so done with Ninjago…in my opinion it definitely overstayed its’ welcome for many years now.

Lego needs to drop Ninjago, drop making mediocre “display models”, get the stick out of their bum and start making good sets again. Sets that do not rely on overpriced minifigures but can convince with unique and interesting builds.

But if LEGO wants to extend lifespan of Ninjago, I think that having the new series instead of continuing the old is better option. Ninjago’s current story was extended for so long that extending it further would be unwise. Ninjago has been running for eleven years. During that time, they followed the same cast of main characters.

To compare with Bionicle, G1 followed Toa Mata/Nuva for first three years. Next two years were prequel about the Turaga, as Toa Metru/Toa Hordika. Then we returned to present, and for two years the story followed six Matoran turned Toa Inika/Toa Mahri. For a year after that, we returned to story of Toa Nuva. In 2009, there was a soft reboot, entire new planet and new characters.

So in summary, BIONICLE, although it was far more varied, decided to refresh in its ninth year, as compared to Ninjago’s twelfth. So I think LEGO ending the current storyline of Ninjago is a good thing. That storyline has been artificialy extended for too long.

(Edit:I originally wrote eighth instead of ninth, it is now repaired.)

As for the Monkie Kid, I would agree. It is rather similar to NINJAGO.

I think they should go back to their more fantasy-style approach from their first two years and give some of the secondary characters more significance in the story. Also, I would love an explanation as to how Invizible from Ultra Agents is a side character in two seasons of the show, where he’s said to be the second elemental master of light. Does this mean that Ultra Agents exists in Ninjago? Because if that’s true, then Galaxy Squad also exists at the same time, as evidenced by the Agents’ leader being a trooper in Galaxy Squad. All to say, this would truly make for an interesting premise for a few episodes to follow, explaining how someone said to be a master of an element in Tournament of Elements becomes a villain in a high-tech city.

yeah. I think that we’re aren’t getting any pirate/castle/space because Ninjago is just taking that space up and I’m really sick of that. lego could have made some really interesting lines if it weren’t for ninjago

But Ultra Agents— if they used a character from that, why? It’s the only one of those characters that made it to a real animation. Strange…

According to the ninjago wiki, Ultra Agents and Ninjago do not share a universe unfortunately 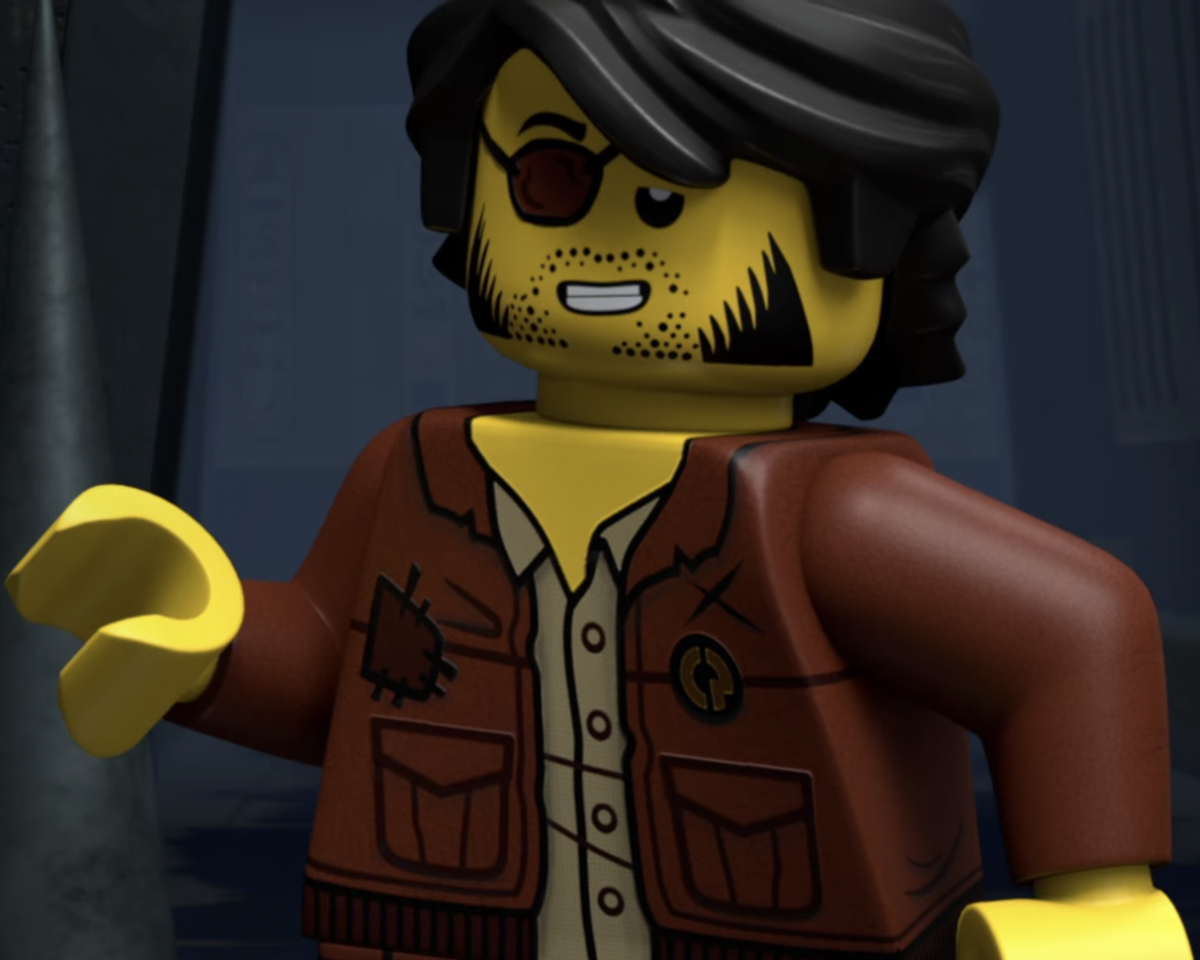 The following lists the relationships between the Ninjago TV series and other LEGO themes in terms of in-universe connections. For information on shared design elements, see List of reused designs from other LEGO themes. Though Clutch Powers is...

They could crossover through some portal shenanigans though

Well, if you look in this picture, Invizible, the invisible villain from Ultra Agents, is one of the elemental masters.

They just reused the model so that the minifigure could be easily available to fans. There’s no connection in-universe.

I’m hoping it will be a prequel featuring Wu and Garmadon set when Wu is very old and is about to die and decides to tell the grown up and married ninja everything about his past before he dies.

There have been some leaked set names for 2023 with the original ninjas’ names (Kai, Jay, Lloyd, etc.). But those are just CORE/EVO/whatever it’s called sets, so it’s probably not an indication of next year’s story.

They just reused the model so that the minifigure could be easily available to fans. There’s no connection in-universe.

Awwww, if the Ultra Agents villains were the same ones in Ninjago, Galaxy Squad, Monster Hunters, Castle, Space Police, Ninjago, and Chima would all exist in the same universe!

That makes 12 of the 16 realms, there’s still hope for Bionicle!

Actually no, Tommy Andreasen said that it is not a realm, because he doesn’t really know Bionicle. 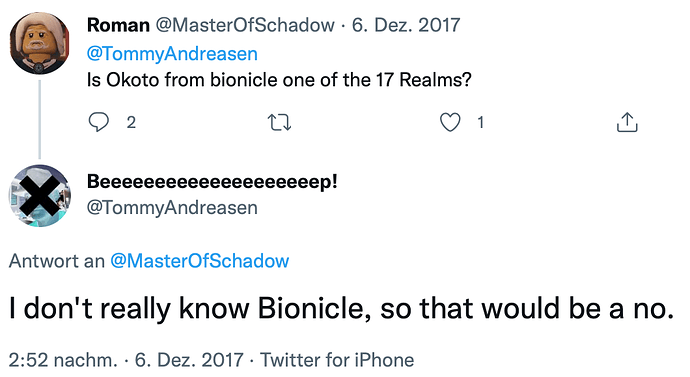 Ninjago also has no multiverse, as Tommy Andreasen once said, so yeah, no Bionicle connection.

Can I have my superchat money back from the livestream? I should’ve paid more attention to what was supposed to be posted where.

It might be more appropriate to ask him in a PM