viv-3L05, known as Vivel, is an LOSK-series Police Drone, originally built by the League of Six Kingdoms. First built in a factory in the southernmost island in the Matoran Universe (later named Ze-Nui by its first colonists), he didn’t see activation until long after the fall of the League. He first activates in a tiny desert village on Spherus Magna, a millenium after its Reformation. 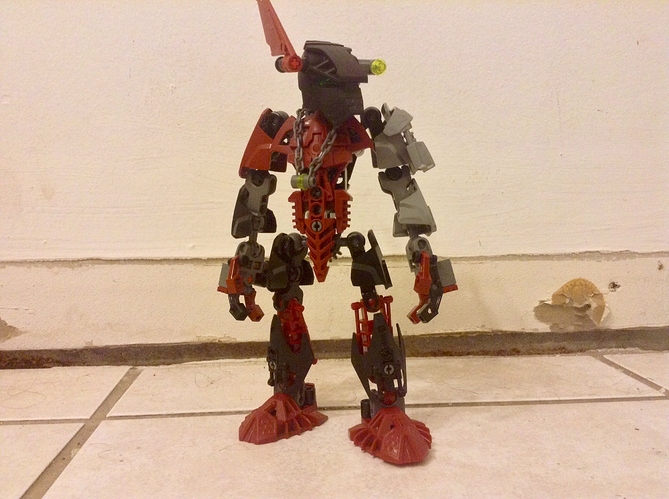 image.jpeg2592×1936 1.06 MB
As a result of weathering and unexplicable battle damage, he has a broken optic and a mismatched arm, and somehow still has some memories of a past life, which haven’t deteriorated with age. 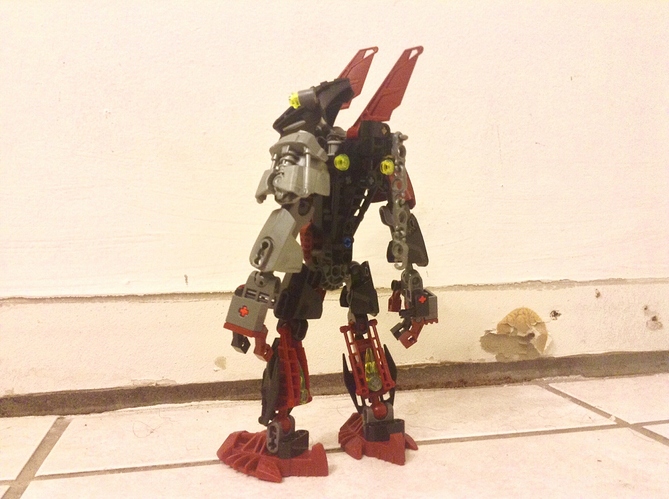 image.jpeg2592×1936 935 KB
With new times come new technologies. He still carries the basic sword all LOSK units are given during production, but he is also given a more modern and sophisticated weapon: the LR-1 Lightstone Rifle. 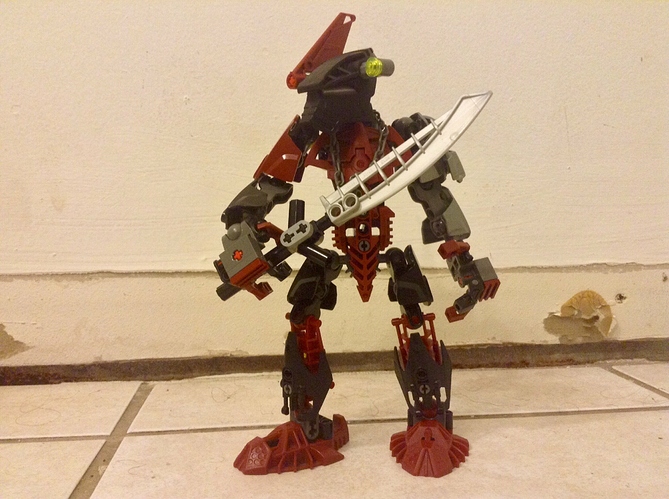 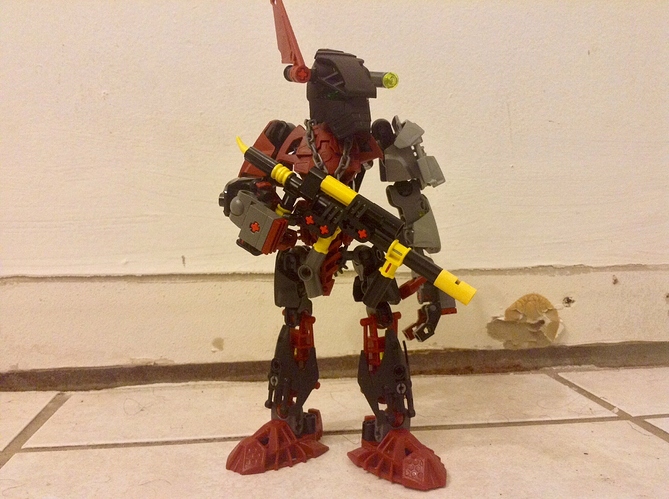 image.jpeg2592×1936 1.11 MB
Vivel, being from an era long past, is naturally curious. He can be sarcastic and grumpy at times, but can be eager to help others, at least if there’s something to get out of it.
Since he’s seen very little combat when he was active, he’s also quite inexperienced at fighting. He’s also quite slow from age. Even with some deteriorated memory backs, however, he can recall tactics and maneuvers useful in combat, among some other miscellaneous things. His age also hasn’t depleted his coordination, reflexes, and stronger-than-average strength. 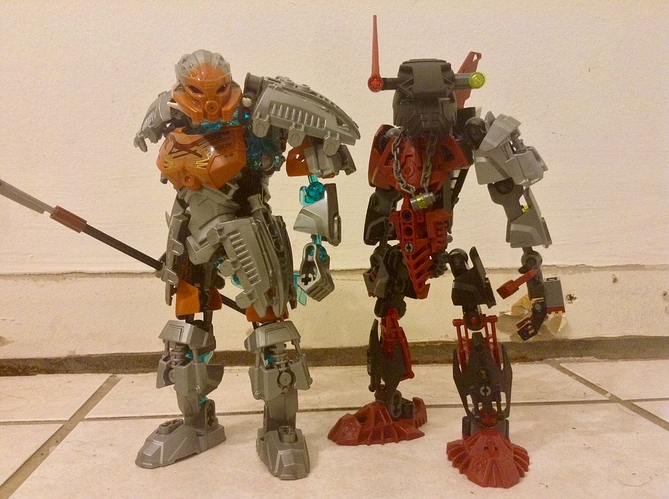 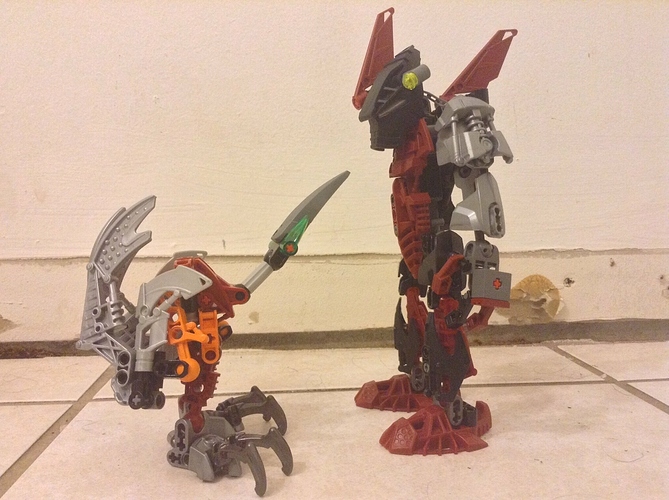 This is the 6th or 7th version of Vivel, who for the longest time was just a head, forearms, and a lower body. I realized since Montagne, my favorite of my two Self-MOCs, didn’t have waist articulation, then why should Vivel?
I ended up using a Hordika torso for the body, because the only other prefab torso pieces I have are all Inika torsos, and we all know how crap they are. Besides some barely noticable gaps on his sides, the torso works well.
Before you complain about the proportions (which I do admit, are slightly weird), I used this excuse logic: since robots aren’t organic, they don’t need to follow the proportions of humans or even Toa, even though they are supposed to resemble them.
I wish I had a good camera

Leve all complaints below.

Leve all complaints below.

The Moc, though somewhat simplistic, still looks really cool.
The weapons are nice as well.

prepare to be drawn

prepare to be drawn

I really like him, but the name feels… edgy…
Jk this is super cool.

Neat design. I like his weapons and the usage of the mutated Ruru.

Pretty nifty. Looks like the character has had a hard life.

Not gonna do that to you, this is a good MOC. I love the fins especially.