If there was one thing that I sorely missed from the G2, it was the Rahi. They added so much character to the island of Mata Nui, and we never got that kind of brevity for the Creatures that we did get. So I made my version of the Nui-Jaga combiner and the head bird of leader of the Gukko Force, the Kahu. 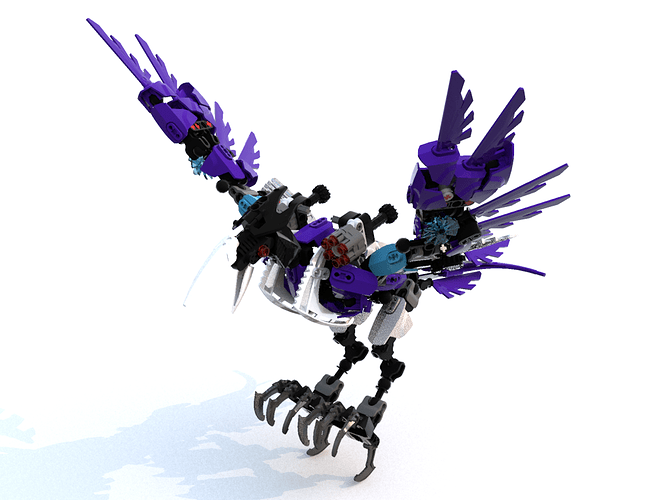 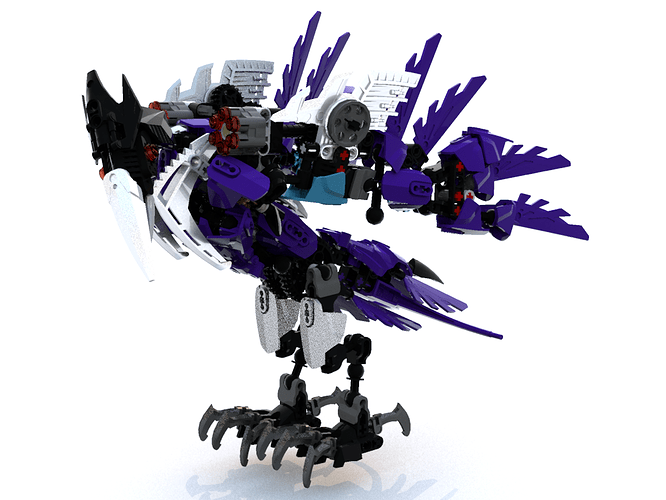 The build was inspired by the few one revamps I did find of the Kahu as well as a moc designed by @Darknova3529. I wanted to incorporate aspects of G2’s sets as well as MNOG Kahu and the official combiner. Instead of the old disk launchers, there are two stud shooters attached directly to the steering handles. The only thing I wish I could do was add a place for another protector.

Also, I tried to export it as a jpg, and it got a broken colorscheme that reminds me of Kongu. 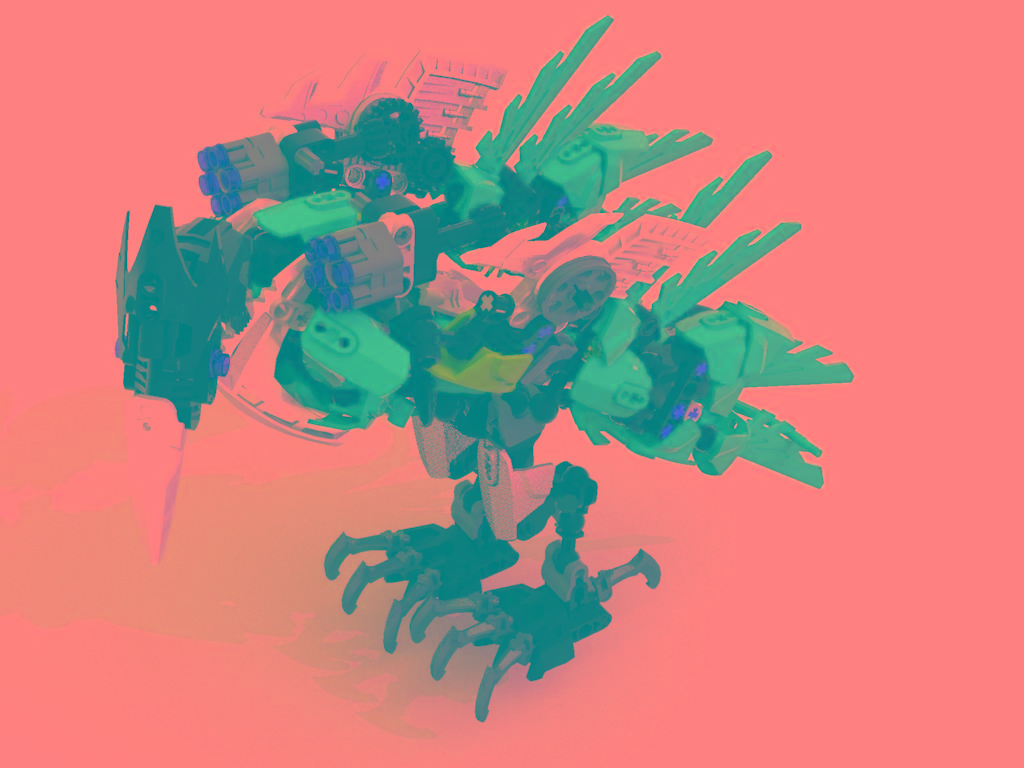 I like some of the shaping and the design is decent aside from the expose ball-socket.
Can you render the back maybe?

Also, I tried to export it as a jpg, and it got a broken colorscheme that reminds me of Kongu.

Not big on the colors, but it is very bird-like. 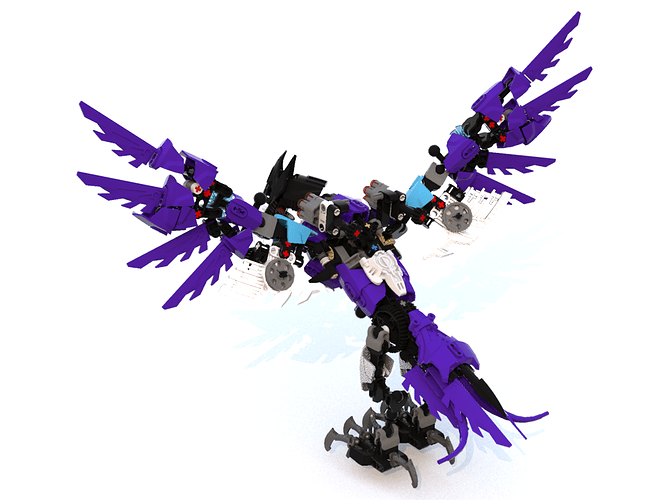 Quite nice. I like the design of the wings and head.

I really looks like something who exist in G2.

I would have loved to get this as a set!