Okotan Giants are a primeval race of biomechanical sentient beings whose stature is greater than thos of Okotan Villagers. Although populous in ancient times, they’re numbers have been in decline, and at this point they’ve almost gone extinct. 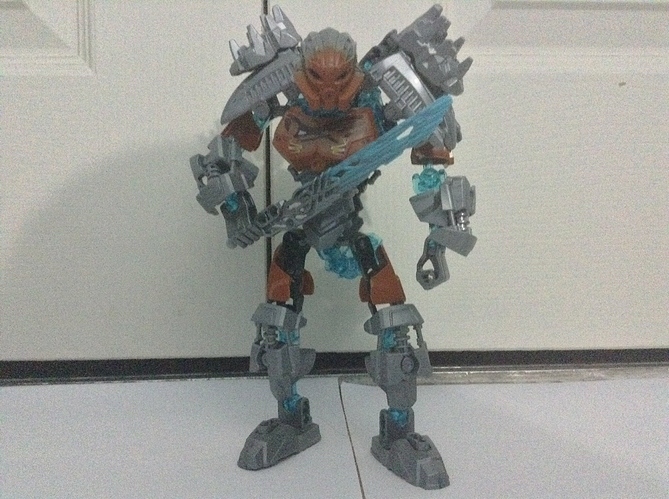 IMG_1287.JPG2592×1936 1.29 MB
Montagne is one of the last few. With no family and no friends, he wanders alone in the Regions of Ice and Stone, spending his time hunting the various wildlife. He especially likes hunting Taeb-Skraa. 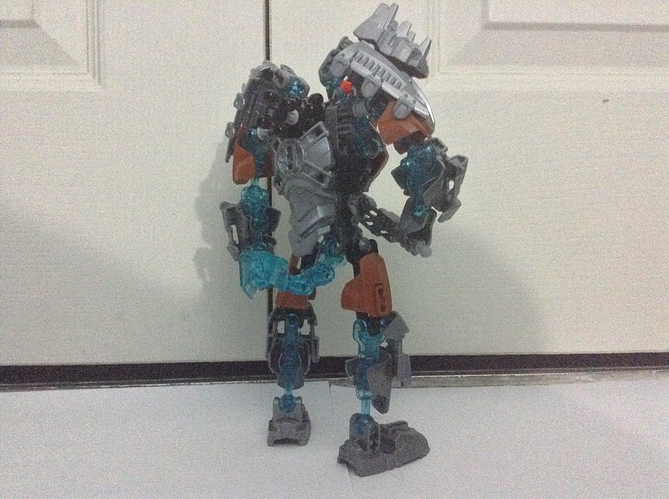 IMG_1286.JPG2592×1936 1.33 MB
Seclusion has molded Montagne into his current state. He isn’t very socially skilled, showing very little emotion and acting generally feral. Isolation has stolen his ability to read or write. However, Montagne deeply cares for friends, and will willingly get in the line of fire of anything that may harm them. 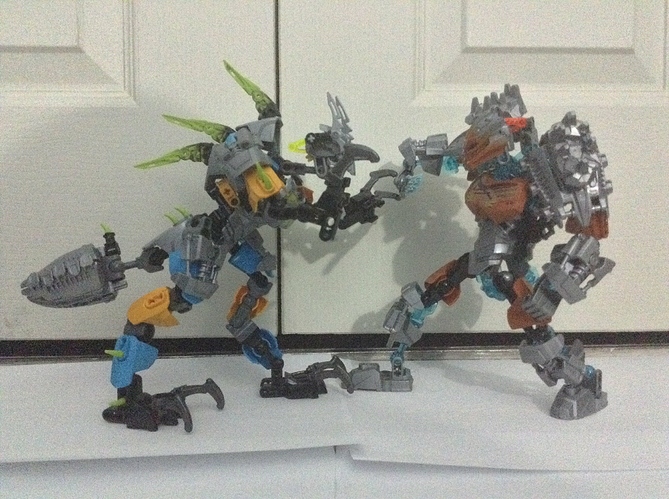 IMG_1288.JPG2592×1936 1.34 MB
Montagne doesn’t care for the appearance of his tools and weapons. Giants have always preferred simple-looking yet practical weaponry, and Montagne is no different. He wields a simply crystal blade used both for killing prey and scraping meat off of bones. 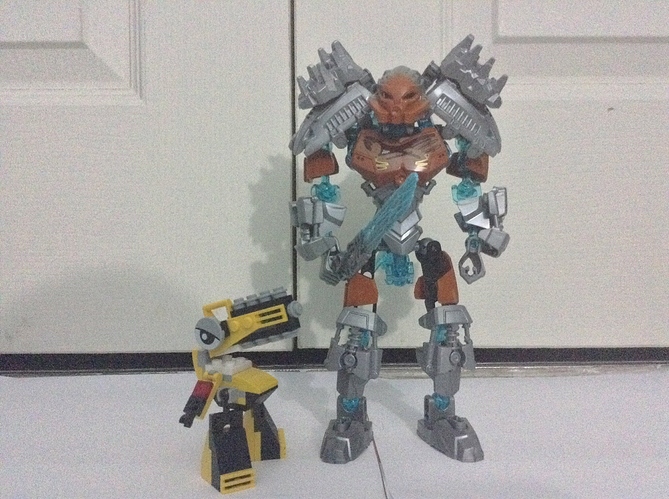 I decided today that I’d end my MoC block. The Uniter Kakama was pretty much the main inspiration for the entire figure.
Sorry for the crap camera, I lack money.
Leave all complaints in the complaint box.

Is that a trans-blue tail??

Odd build, but I like it.
Your pictures, however, could benefit from more light.

It looks cool, but it looks like you just took 2015 Pohatu and beefed him up.

Pretty standard for a figure but it’s still pretty good.

It looks okay, but it clashes a lot. I was expecting a titan set.

Your pictures, however, could benefit from more light.

It’s really moreso the shoddy quality of an iPad camera that makes it unclear.

It looks okay, but it clashes a lot. I was expecting a titan set.

Lack of parts, lack of cash money.
Also, how does it clash? There are pretty much only three colors on this thing, sans bones.

Texture wise it clashes. I should have been more precise, sorry.

Aaaaaah. I get ya.
As well textured as that shovel piece is, it really doesn’t fit with the sleek aesthetics of CCBS.

Which is why CCBS SUCKS! /s

Which is why CCBS SUCKS! /s

The rock pieces on the shoulders seem to clash with the rest of the textures, but other than that, this looks pretty cool!