Descendants of primitive tribes that were driven from their homes by Okoto’s current inhabitants.
They adapted to survive in the desolate wastes on the outskirts of the villages of stone the Vorox are mere remnants of what they once were.

Ok so nothing too extravagant here, simply a Vorox using the standard 2015 ccbs build, like you would expect to see in an actual set. 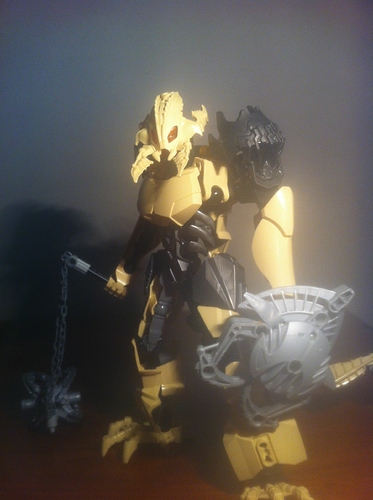 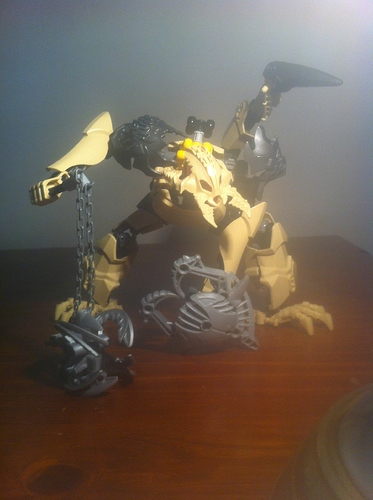 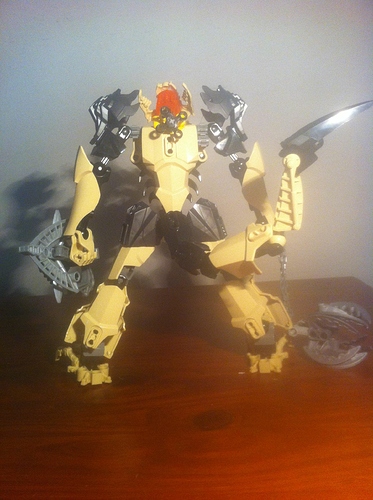 I didn’t know what to do with the weapons so for now it’s holding a flail and buckler from the small arsenal I’ve been working on, rather then actual Vorox weapons.

such greatness, such tan, very cool

Excellent way to use the tan CCBS pieces!

it’s a great take on the Vorox

Interesting take on the character

Got to admit, that is a nice use of tan, and it certainly looks like a vorox. I’m also glad you used the ‘Skull Army’ armor add on, for it helps the mask/helmet to blend in better with the rest of the rather smooth pieces.
Though a bit disappointed you didn’t include any of the actual vorox armor, since it would work with the tan… though I suppose the brown on it would get in the way.

Very nice, ever since tan CCBS pieces came out I have wanted to see how a vorox moc would look. Heck, you could say that this is an intelligent Vorox like Kabrua from bota magna. If you could find a way to add the G1 vorox armor, that would be beast.

I did try to get the Vorox armour on and it does fit rather easily on the arms but, the gradient effect on the part really stands out and the ccbs shells allow for a wider range of articulation in the hands.

Neat build, really captures the appearance of a Vorox.

I’ve seen a lot of Vorox reimaginings but I think this one really stands out. Amazing work.

Its a nice build, but I think that you take away the concept of the almost animal warriors on them. Anyway, its a good design.

Yes I can see what you mean though that is partly due to the smooth nature of ccbs.

I got to admit this looks great.
Very nice interpretation.

Hey, the gear function’s still there! Nice! Gotta love the tail, and the flail is really cool.