Credits where credit is due

Ok first off, before I get into anything, credits to @DarkMaestro for the concept of Ignalu, @Bokarda for helping me with some points of the design and to @Sokoda for some inspiration and ideas in the design. I wanted the mangaian architecture to at least be similar. The Moc’s overall construction is mine, I just wanted to shout out the people who helped the concept and style of the Moc.

Please do bare in mind: This is a concept moc, this moc is not intended to be a purchasable set, it is meant to be a world building piece. Now that’s out of the way… 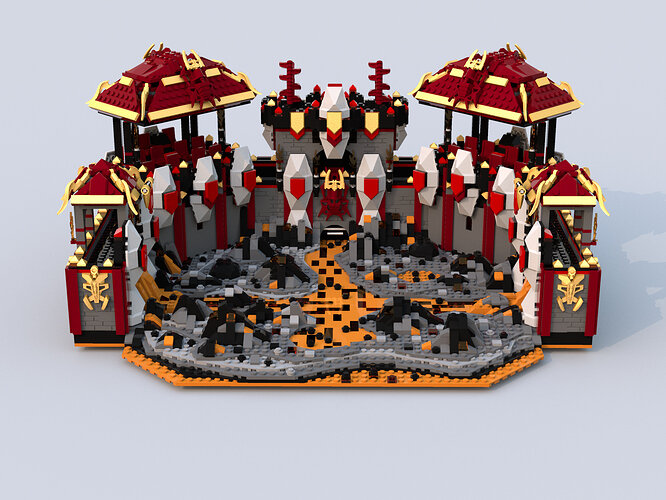 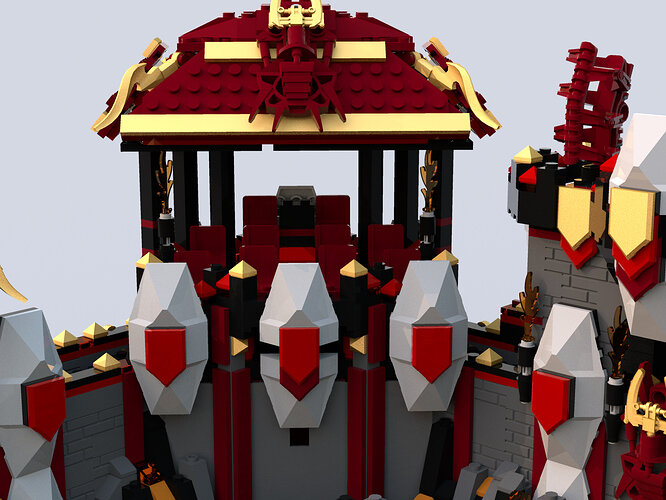 The stands, this arena sits 20 spectators and 1 overseer but there is also room at the top for those doing the scoring. 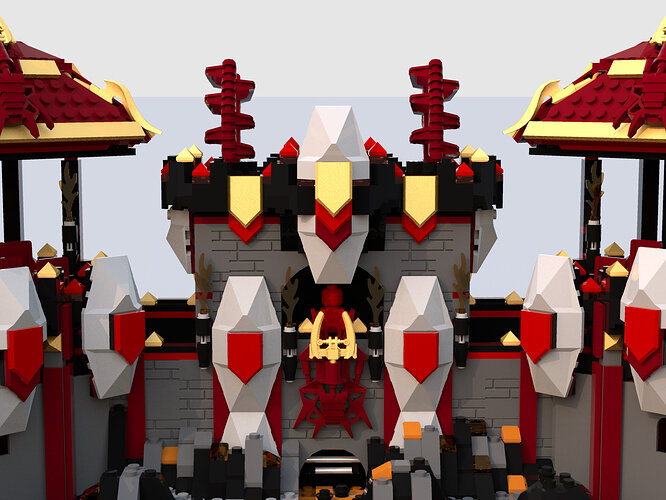 The scoring area and the main overseer/referee/judge sits. Much of Sokoda’s inspiration can be seen here. The scoring system is based off one in a certain movie about a certain mask with a certain illuminating power. 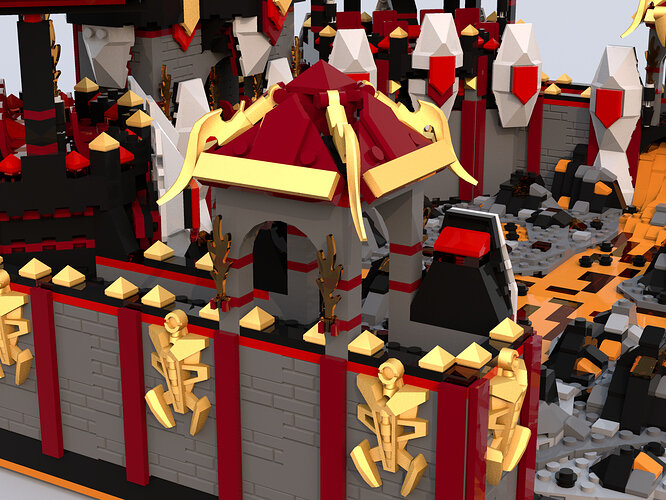 The towers from where the contestants enter the battle field, my idea for this was from the G1 Bionicle ads where Tahu would break a rock and ride it down onto the lava, the Ignalu contenders do something similar in that they have to jump down to the arena. 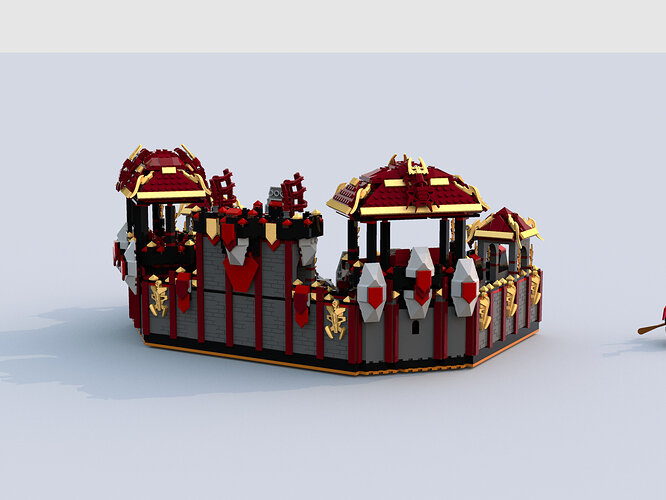 The back was meant to look like it was covered in banners, decorating the warriors of the arena. 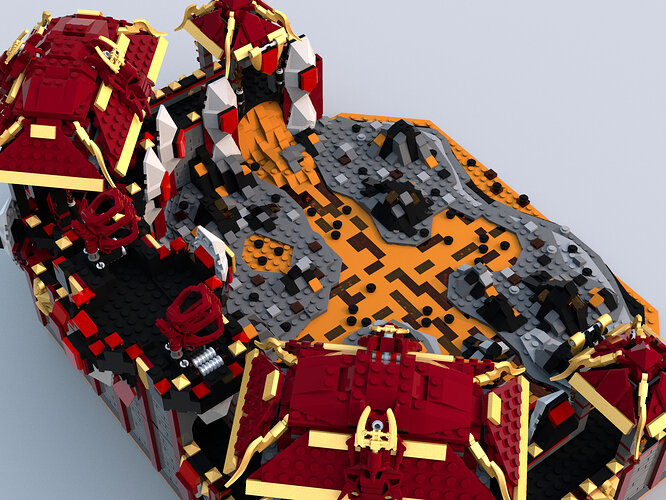 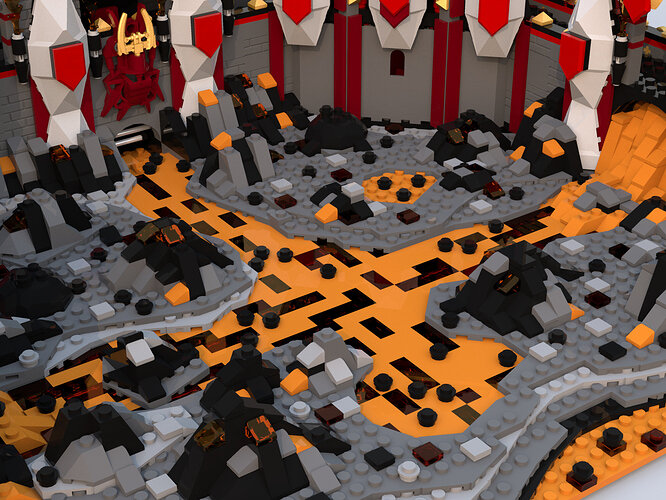 A view of the field of battle, I was going for ashy, rocky magma pits. Lava is something new to me so this was my first try at doing stuff like this. 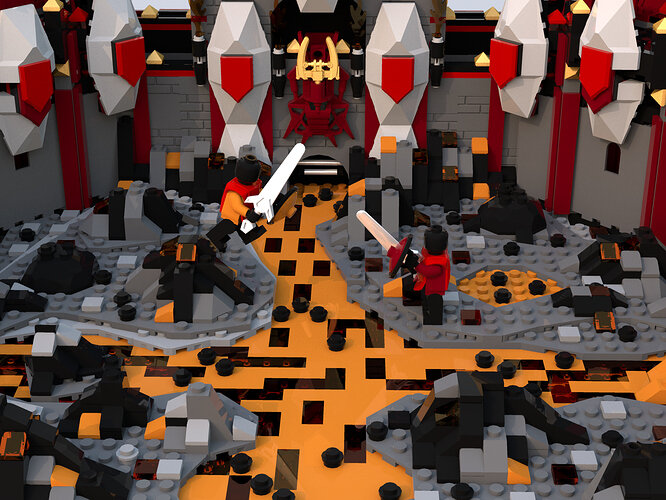 The 1v1 battle event. For this I assumed contestants would have swords and shields (blunt of course,) designed to only knock out the opponent not main or injure severely. 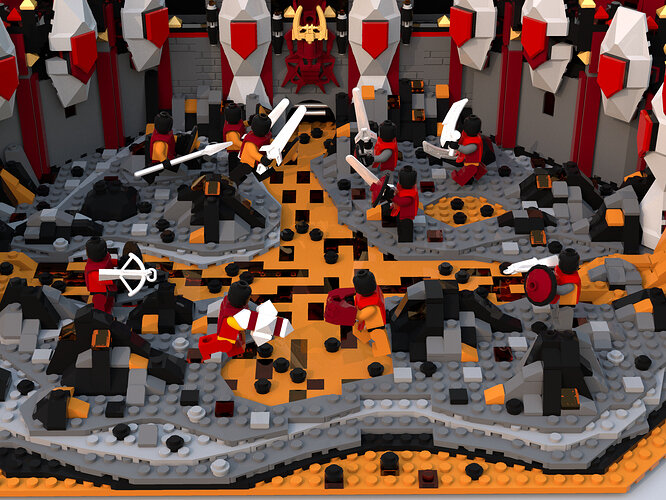 The 5v5 battle event. For this I decided to have a class system/composition, 2 Sword/shields, 1 range, 1 wildcard (spear guy or dual wielding guy) and 1 bezerker (smaller reinhardt or smaller doomfist). 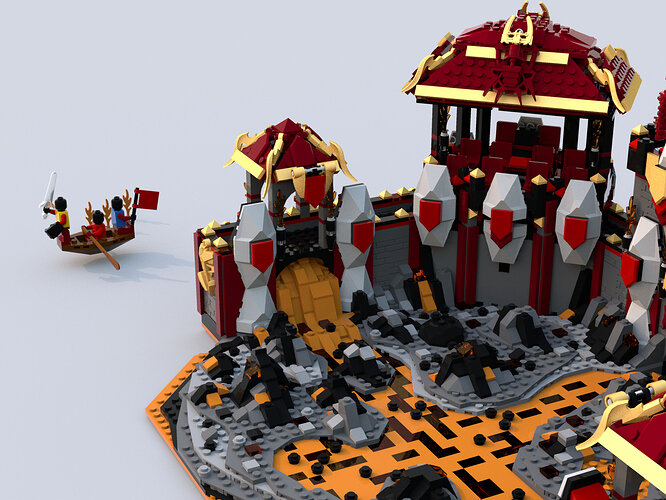 A joke I owe to @UltimateMustacheX:
Sir! The canoe is burning!
What?! That’s impossible! It’s made of wood!
… Sir?
Wood floats on water, so it obviously floats on lava too.
… y- yes sir…

Looking back on this moc… I used a ton of gold, that’s why it’s the Champion’s arena, I think the design look good, the stands are a bit weird as they’re diagonal, as are the connections that made it possible. I think the field looks good, the lava pool on the right towards the back was a bit last minute so it isn’t flat. Overall I like this moc and I think it achieves it’s goal of being a concept of the sport of Ignalu and having a similar mangaian style of architecture.

Edit: including non-terrain version and highlighting this is a concept. Title change to help with this. 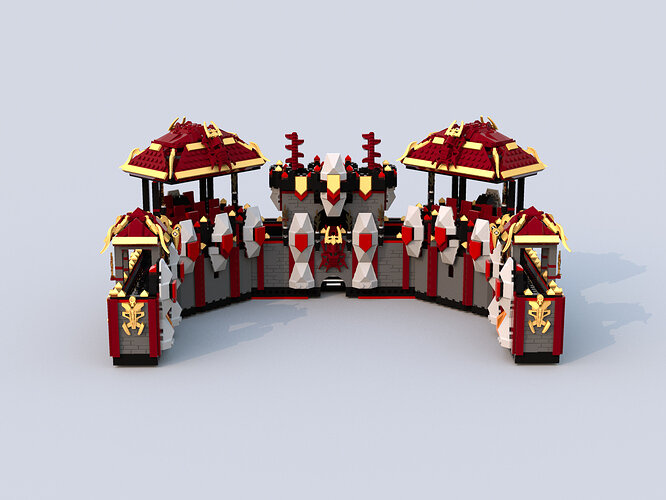 I wonder if I could ultimate upgrade this…
OH MAH GOD GET THE LDD! WE’RE GOING COLISEUM IN THIS WAHI!

It looks amazing, although if it were to be a set there would be no field, only the walls and towers.

The field is to show the terrain, which is integral to the arena’s design.

I am not saying that the field is bad, infant I think the field is one of the best parts. What I am saying is that if it were to hypothetically become a lego set then there would be no field.

I don’t think there’s a rule saying that this design couldn’t be a set, is there?

There is no specific rule, but very rarely does Lego include train in their sets, usually it is just the walls and the kid pretends there would be a field. Also the field would jack the price up a ton.

That’s a good point. Probably worth it, though.

My guess is that with the terrain it would cost around 350 dollars at least.

That’s not much better. I was thinking $100, at most. Was LEGO always as expensive as this?

That’s ridiculous! Did LEGO go through something to jack up there prices, or has it been like this this whole time?

little by little they have been raising the prices.

That’s a shame. Still a cool moc, though

I really like this ldd moc. It has really nice terrain

Remember the canisters? You guys had it good compared to NZ.