(I know Kikanaldo is misspelled, but I had to change it due to an “inappropriate word.”)

Figured it was about time I contributed to G3 in some way. I was thinking that Kikanaldos could play a similar role to horses in Mangai. They could be used as cavalry by Mangaians. Also, aside from gladiator battles in the arena, the Mangaians would have a similar sport to jousting, another aspect of medieval times in Mangaian culture, aside from castle-like architecture. We probably wouldn’t see any in the wild, at least not in Mangai, since Mangaians would have domesticated all of them for battle. 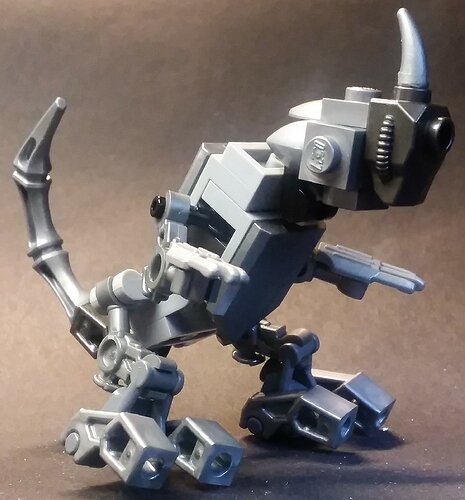 Here is a makeshift matoran riding a Kikanaldo: 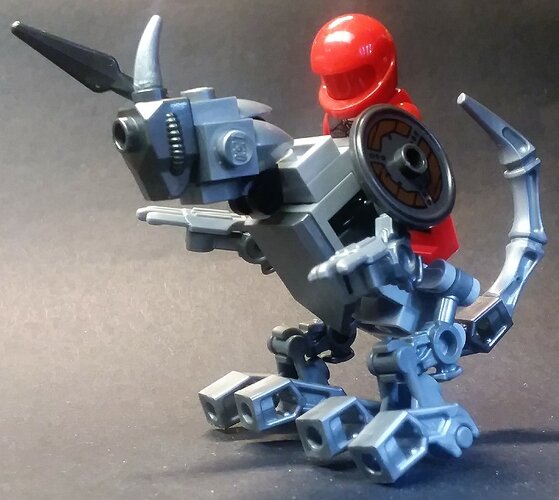 What do you think? CC would be much appreciated!

This Thing Is pretty cool

Certainly more compact than my concept that I stuck on Oomatu’s thread, and that’s a rather inspired build.

Kikanalo are actually mentioned in the story bible as being in Motara if I remember correctly.

@Sanokal yep, I missed that in the Motora section. Rahi could probably live in and adapt to different regions of the island, though. For example, Mangai kikanaldo could have a higher resistance to heat and have some other abilites the kikanaldo in Motora, which could have widened feet that, like camels for instance, allow them to walk/run on sand more easily. I maybe even have some color variation between the two? Such as the brown variant like I saw in your post, could inhabit Motora and silver in Mangai?

Very accurate to the original. And it looks like something that could be used for G3. Nice job.

Oooohh that’s cool. I especially like that it’s done irl. Makes it easier to see what it looks like to me

but is it the brickonicle way to start your day, with kikanalo crunch

@Peelacar Yes, why yes indeed it is.

This is pretty cool, I think this would definitely work in a set.

(I know Kikinaldo is misspelled, but I had to change it due to an “inappropriate word.”)

Please pardon my ignorance, but, what’s bad about the word Kikanalo, might I ask?

@theBolderBoulder @Sanokal It didn’t let me type it bucause in the middle there is a word refering to the rear end.

I especially like the usage of a drill hand cover on the nose. I think that the greebles/mechanical bits are too focused on the extremities and should be added to the chest area as well. Other than that, I think that this is a great small MOC.