I keep trying to think of vehicles for Tiro, and I keep coming back to the swamp strider. 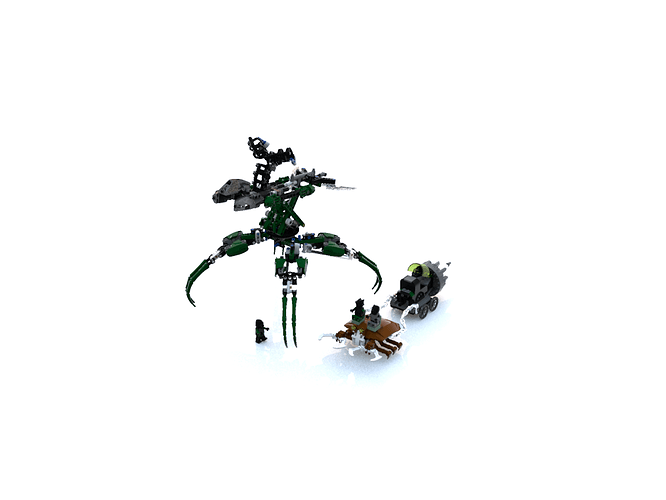 The set itself, with the mostly assembled strider, and the Ussal carting in the cockpit. It contains three minifigures, and 485 pieces 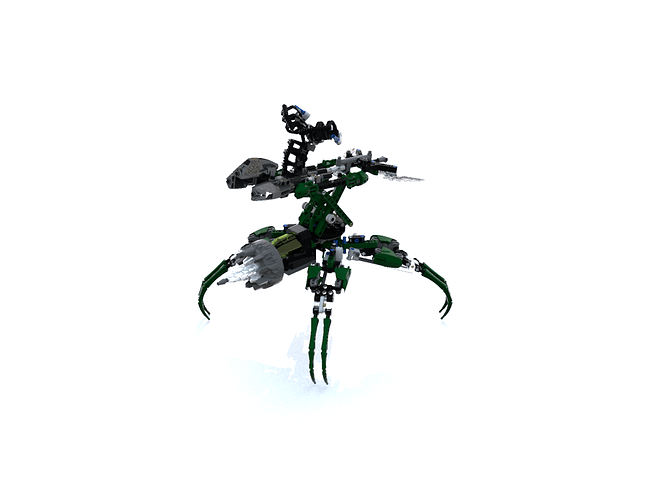 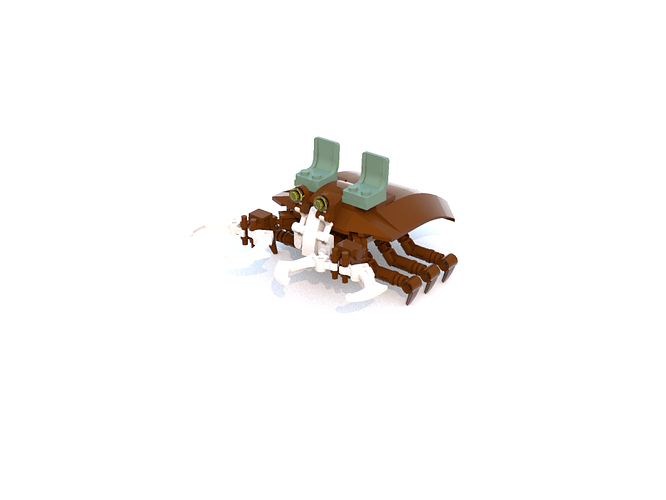 So yeah, just a for fun build. Probably less likely to make it into G3 than most other stuff, but who knows?

AAAAAAAAAAAND
2 to the 1, from the 1 to the 3,
What’s up this is Kardax from the unofficial G3 Moc team,
Rhymes are hard.

So I’m mixed on this moc, the drill bit doesn’t seem like something the swamp strider would have? The ussal is good construction, the chains and dual seating is good but the strider seems a little too large.

I love that swamp strider! The Ussal, though, It feels a little off to me. The seats are a little strange, and I would suggest not making the claws the same color as the teeth…

Isn’t the swamp strider a recolor of the mazeka with slight edits?

I liked the revamped Swampstrider, but I think it just doesn’t fit in with the other sets. It’s just too large, and it’s not even a vehicle, more like a remotely-controlled robot.
I would love to see a Martian-like Tripod version of it. It could walk around the swamps in Naho and Tiro, shooting down from the turret into the enemy ranks below. 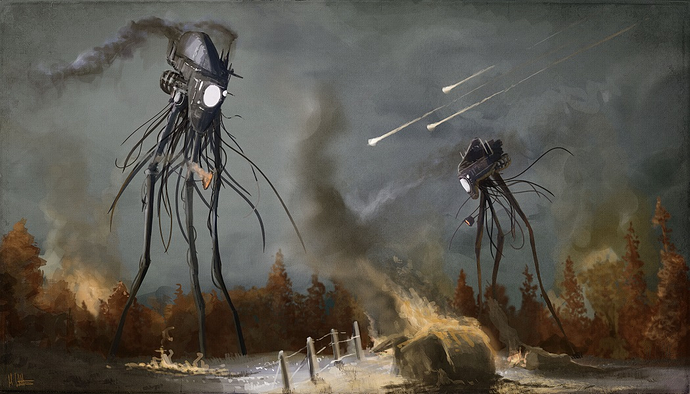 Yes, yes it is. I did say that I’d replicated and modified it; Mazeka’s vehicle is called the swamp strider.

@AntrozT6: That’s what it is. The best comparison is the Striking Venom from Exo-Force (loved that set); the Ussal is carting in the cockpit to be attached. Hence the name of the set.

@ToaNoah_Wafflemeister: Hmm…would tan or nougat or the like work best for the claws, I wonder, ala MoL Pewku?

@Kardax: It was a bit of an afterthought, but I figured that it could have potential uses, like acting as a starting hole for smaller equipment to continue. Also, I couldn’t resist.

I should honestly say that I cobbled this together mainly for funsies, hence the “ISH” in the title. (Probably should have used a different title, but oh well), and to see what the reactions would be. I keep wanting to Star Wars it up a lot, but I have to keep trying to think, no, they don’t have THAT much tech, and I don’t want to invalidate the Rahi. I think the fact that it was a Matoran craft deceived me - curse you Av-Matoran build! All these ideas swimming around…

I’ll admit, I clean forgot that the set was called “Mazeka”.