So I was trying to think of a set concept I could do and instead of necessarily coming up with a set concept, I came up with a concept for set concepts (if that makes any sense). Basically I was thinking about how if TTV ever ‘canonized’ set designs, or something like that, that it would be cool if the designs were built from one or two actual sets so you wouldn’t have to hunt all over bricklink to find the parts. So to kind of display this concept I took apart my Master Falls Ninjago Movie set and built a set concept out of it. I tried to make a trade depot at first but just couldn’t think of a way to accomplish that well with the parts at hand. So I started just building and eventually came to this. It’s like a waterfall monument in a jungle of Kanae. It’s more of a random set piece in Kanae somewhere, so maybe it would be named something like rahkshi jungle encounter. Idk it’s mainly to show the idea of making a brickonicle set out of an official LEGO set. So yeah everything here, except for the minifigs of course, is made from the master falls set. It used most of the pieces so it has around 300 pieces in it. Anyway hope you guys like it. I’ll be finishing it out a little bit and maybe adding a bit on to it, so any suggestions would be gladly accepted. Well that was long, here’s the build- 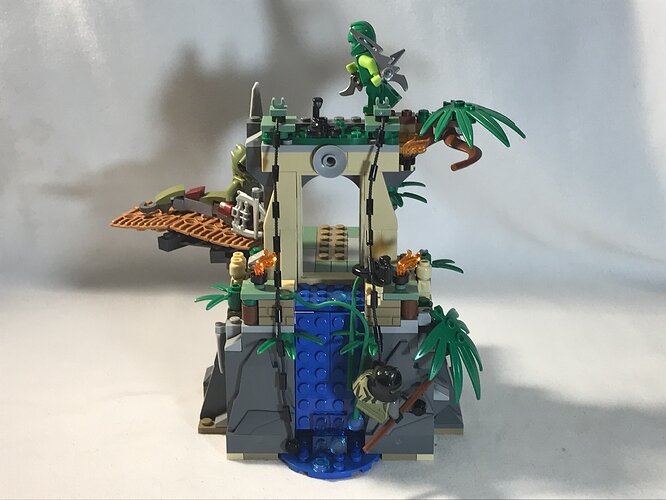 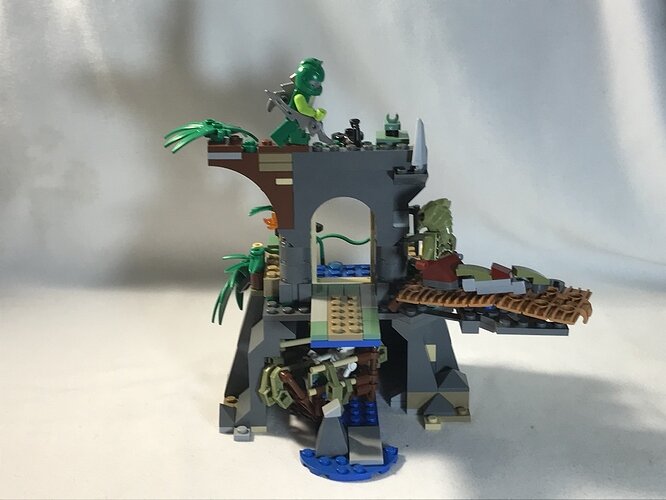 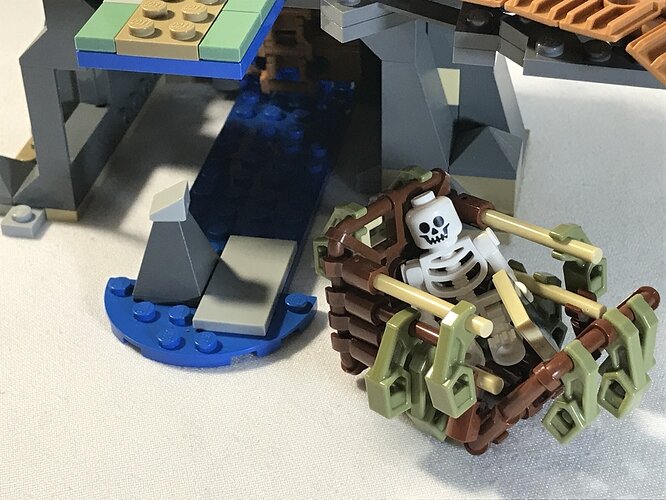 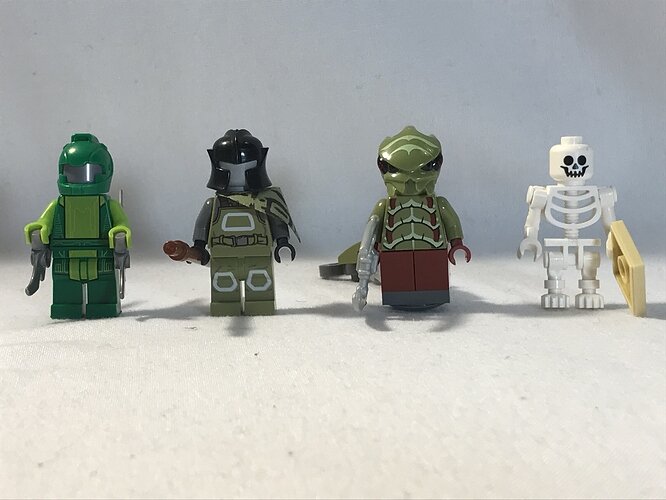 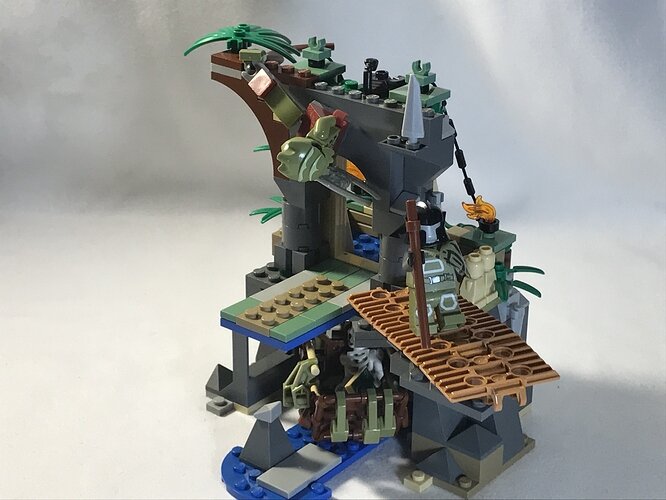 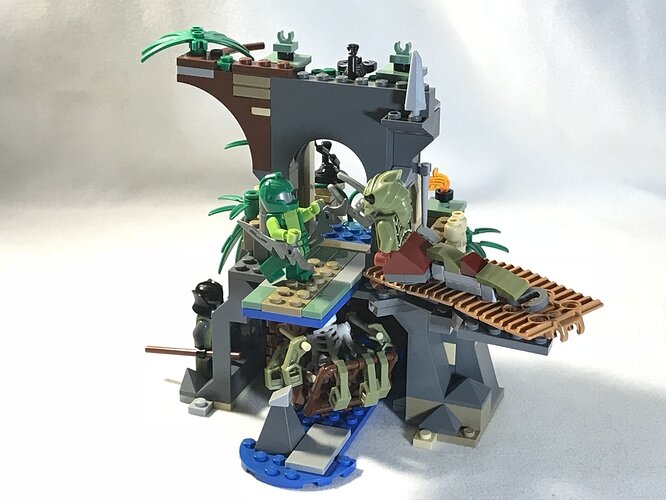 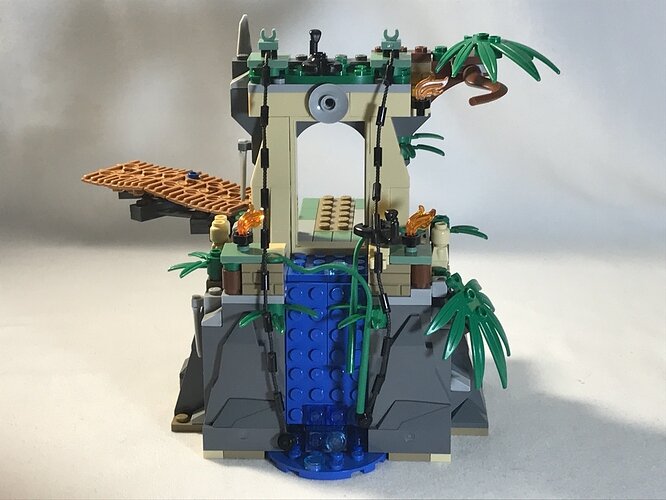 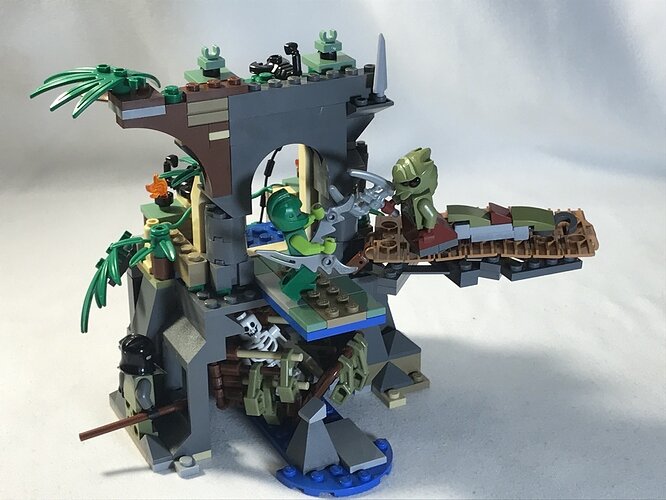 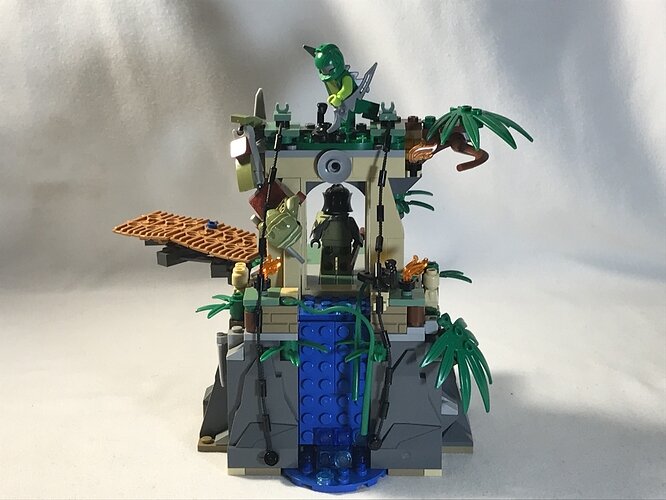 That’s actually an interesting concept, and a unique locale to boot. Nice.

Cool Set I like the ancient/ forgotten ruins look, similar to my upcoming kanae set, but I have one question do matoran have skelettons in G3? But maybe the skeleton isnt from a matoran then it could work I think

do matoran have skelettons in G3? But maybe the skeleton isnt from a matoran then it could work I think 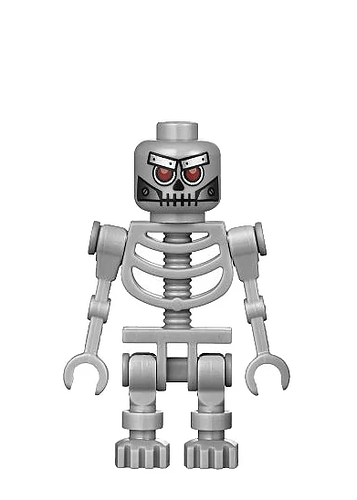 I mean the matorans would probably have like a metallic skeleton.

Yeah would be interesting to know how the matoran anathomy works. And @DarkHenrik this LEGO Movie Robot skeleton looks a bit like the G2 Skull villains in minifigure form in my opinion, which is pretty cool to think about

Thanks and Yeah that would probably be what it would be more like. I didn’t think they had skeletons that were white I just don’t have any of those skeletons so I couldn’t use one.

Yeah of cause thats completely understandable