Ancient, wise and powerful despite sustaining critical injuries in his youth, Tolus is the definitive master of his element. For millenia he has dwelled in his Sunken Palace on the holy island of Korrothis, training new toa and focusing the elemental energies of the universe itself. 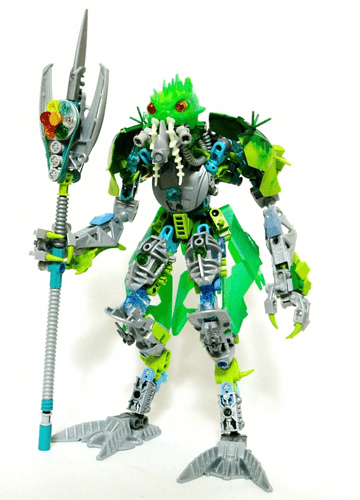 Tolus was dishonourably discharged from the Barraki warlord Ehlek’s army after speaking out against him for acts that were harmful to the Matoran Universe. Narrowly escaping death at the claws of Amphibax, Tolus barely made it to the shores of Ga-Metru before collapsing into a coma. 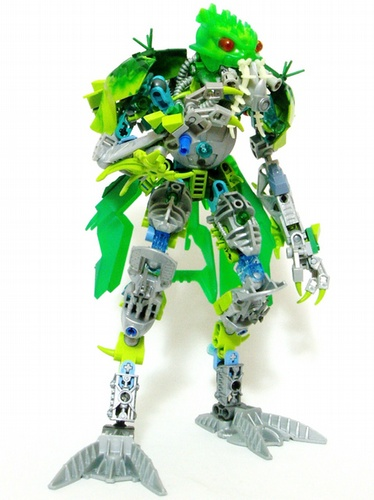 Recovered by Ga-Matoran healers, Tolus decided to stay at the temple for a time, eventually taking up a place among its priesthood. It was not an easy job, as words of Ehlek’s warcrimes to the South had reached the matoran of the great metropolis. Few would trust an Ehlyus. 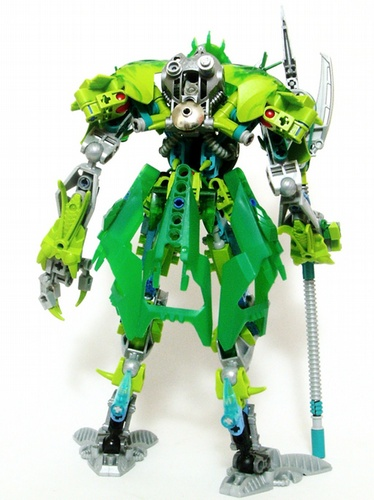 After 5 tense years, Tolus departed on a dangerous pilgrimage to the holy island of Korrothis. The island was home to the Elemental Council, a group of individuals selected by Mata-Nui himself to help maintain the balance of elements in the universe. The island remained neutral, but was surrounded by Barraki territory. 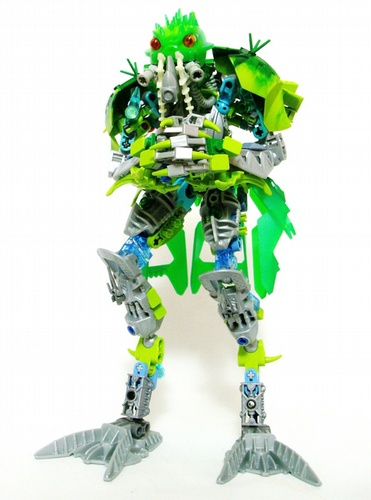 Braving surging currents and schools of predatory Takea Sharks, Tolus eventually, barely, made it to Korrothis’ shores, walled by thorns. Taken in by the wonders of the Great Bay, and the powerful feeling of the universe’s own heartbeat (the island was directly under Mata-Nui’s heartlight), Tolus decided to stay, and to pledge himself to the Ga-Nui, Helryx. 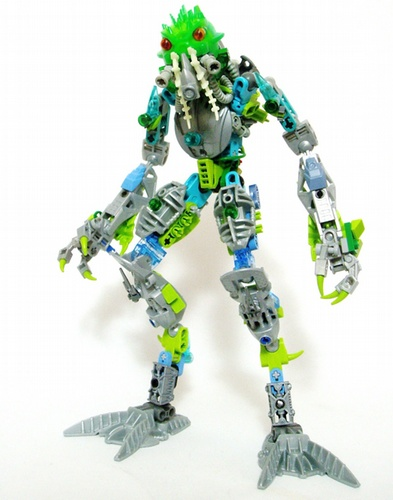 To his surprise, he met with Helryx only once. He arrived on the same day she left the isle in order to establish the Order of Mata-Nui. Seeing his arrival as a sign from Mata-Nui, she appointed Tolus as Ga-Nui in her place. It all happened so fast Tolus wasn’t quite sure what happened. 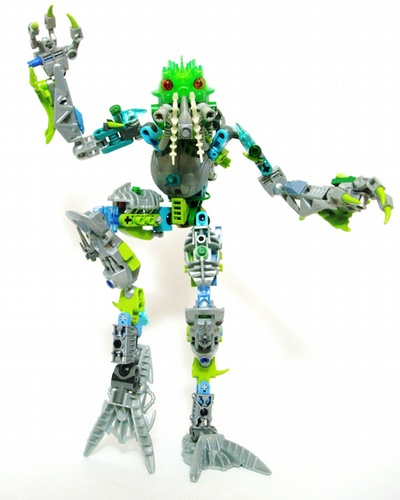 And yet, Tolus remained as Ga-Nui for millenia afterwards. He was there when the island began accepting toa for training in their elemental powers. He was there when the League of Six kingdoms fell. He was there during the Great Catacylsm. Even on a reformed Spherus Magna… until his ancient injuries finally caught up with him. It is said Tajun’s skies wept from his passing for six days and six nights, and the waters became more bountiful than before. 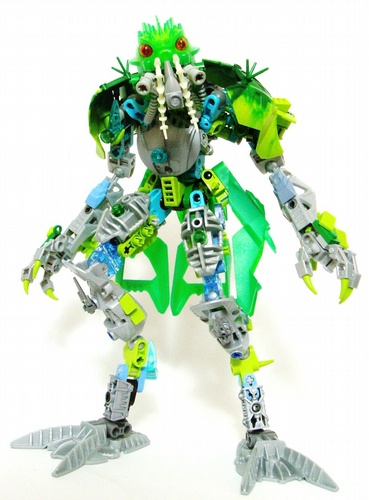 Tolus bore a staff of office with the symbol of the Weave upon it; a circle with six segments, each representing a different element; Air, Fire, Stone, Earth, Ice and Water. He was able to channel his elemental powers through it, though as an Elemental Lord, his powers were such that he barely needed it. He could become water if he needed to. 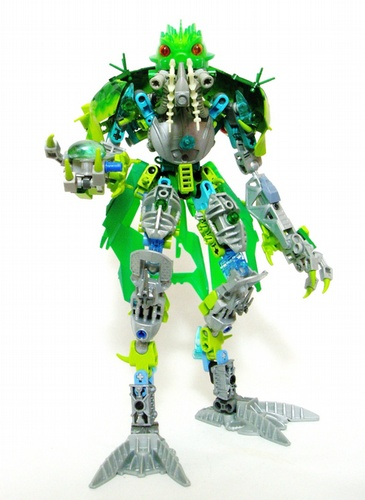 Tolus’ ceremonial armour was made of coral and seaweed, on top of his own protodermis armour, which had turned silver with age. He wore a complicated air-breathing device which also functions to keep his wounds from Amphibax’s attack stable. They cut deep and never fully healed. Because of them, Tolus always carried an unnerving watery cough and relied heavily on the support of his staff.

Hey all! My posts continue, this time with Tolus, since he’s already turned up in a picture…
Please note this MOC was made nearly 2 years ago! That means he predates some of the cool modern parts! I’m sharing it here, is all.

I live apart from my parts collection at present, but Tolus is still built, so I guess CCs are still welcome. ^^

Tolus’ shin design comes from Shadowgear6335. All else is either new for him, or something I keep using

The staff’s main part is actually one my younger brother broke because he’s a butt. Twisted the axle connecter roight orf. I removed the blade part though. I figured, since it was broken already, why not modify it? I’m usually purist…
[1]: https://www.youtube.com/watch?v=qMPpnCvCZvw

Very good parts usage here on this guy. I like it.

totally not inspired by general grievous at all…

Love the green shoulder pads and Vahki heads around his waist, makes it look as though he took a bunch off sea weed and made a cape out of it.

Hey, I remember this guy! Pretty cool build, even without they fancypants parts we have today. I really like how you built the head and upper torso specifically, and the staff, though modified, is pretty cool!

Love Tolus so, so much. Mask looks super cool, torso looks great, legs and arms look amazing and that cape though. The whitish-silver doesn’t look like it mixes 100%, just seems to be green over whitish-silver. Tolus could maybe stick with one kind of blue instead of the three or so you have here.

@MetaPower proceeds to add more shades of blue to Tolus

Great job! reminds me of Cthulhu. Love the colours. Great use of the vahki heads too. Never seen anything like that.

This is very well made!