I haven’t given up yet 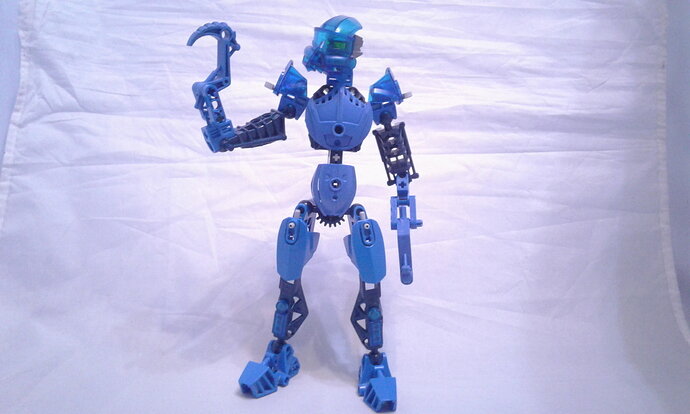 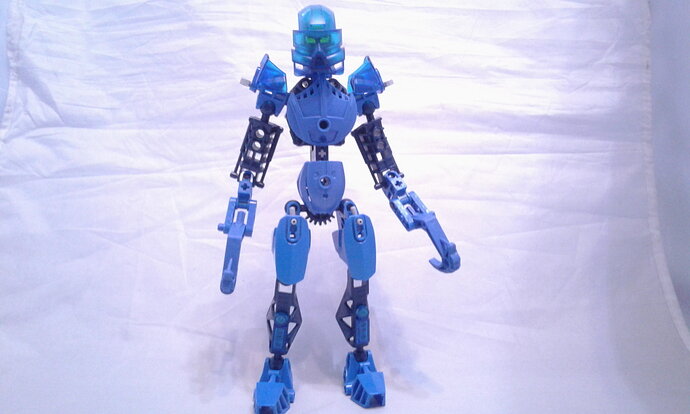 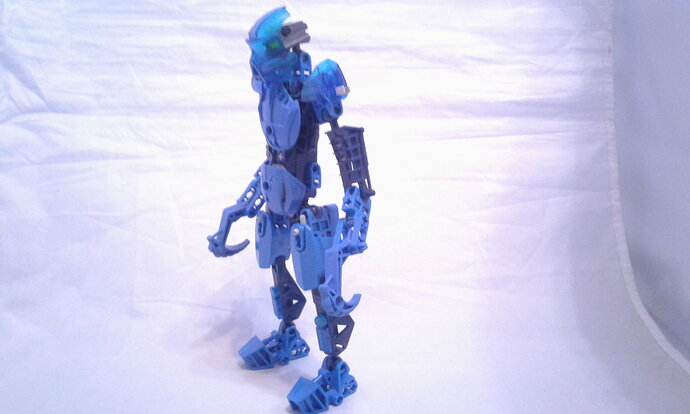 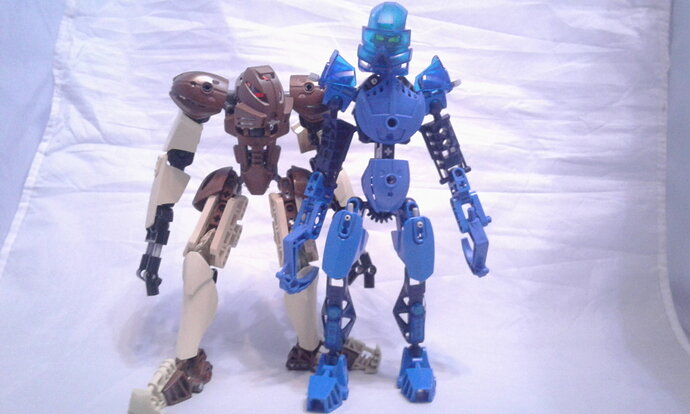 With my Pohatu revamp

Well, after a four moth break I finally made Gali. Unfortunately I couldn’t use her original color scheme due to the lack of light blue pieces I had. Constructive criticism is deeply appreciated, hope you enjoy.

Once again, torso is pretty solid: quite obviously feminine without shoving it in our faces coughcough nuvaboobs. I’m not so sure about the arms, though. From the way they’re constructed, I can’t really tell if that fairly gappy custom construction holding each hook is supposed to be an extension of the hook, or a forearm. Either way, I don’t think it really works, you’d probably just be better off having a regular arm piece of some sort (though with limited parts I understand that may not be possible).
And the trans blue shoulder pads, while a solid idea, don’t really work either. They stick up too much. I can’t really think of a solid alternative though, and leaving those hand pieces uncovered would just be unsightly. Perhaps you could benefit from simply attaching a ball joint to the axles in the metru torso and going for a simpler arm construction overall (though I haven’t tested it much myself, so it might be that you can’t make it work without the ball joint sticking out too much and making it look weird, or the ball joint being too close to the torso and ridiculously reducing shoulder articulation). It’s really just the odd construction of the arms that are bringing this thing down. Custom can lead to great things, but sometimes there’s nothing wrong with just a simple pair of limbs

From the looks of things, it might kind of fall apart where the back is concerned, but honestly I’ve always sucked at back coverage so I’m not one to judge

Overall: I think it’s a really solid, if simple (but that definitely works to this MOC’s advantage), revamp of Gali Mata! Well done!

This looks really good! Like obsidian said, you have the proper standard female proportions without parading it around, it’s there and it’s noticeable to the point where you can tell that this is a female character.
The trans blue on the legs is a really neat touch, I think it adds a bit of variation in the color scheme.
The shoulder pads do stick up a bit, but I personally don’t think it’s too bad.
Well done!