I had a hard time getting good angles of this guy so I had to pick him up for some better shots. Anyways for those who did look at my crappy Vahktor MOC, that was the base of this. I removed all the parts I didn’t like and the ones I couldn’t remove I modified. I originally intended for him to be a revamped 2003 Makuta but after I built the head I thought it looked like something that would be a general for Makuta. Not really going to specify if he is for G1 or G2 (either though Pohatu Uniter is pictured getting beat up) but enough talk, time for pictures (sorry for bad quality again, I wish I had a better setup): 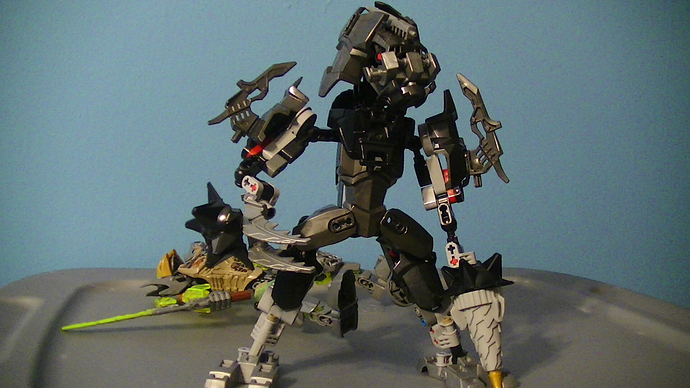 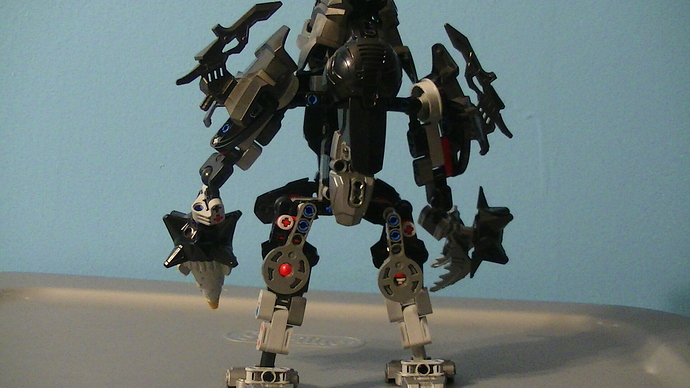 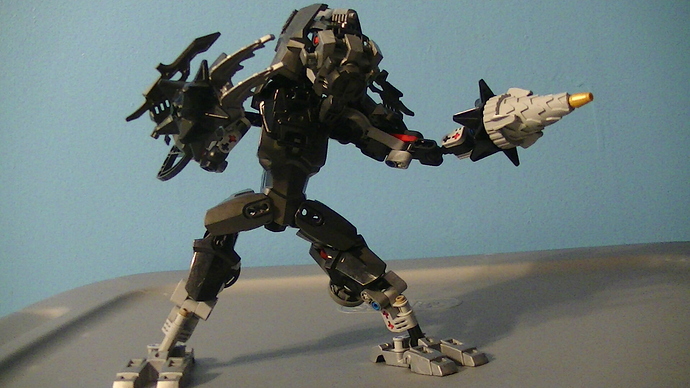 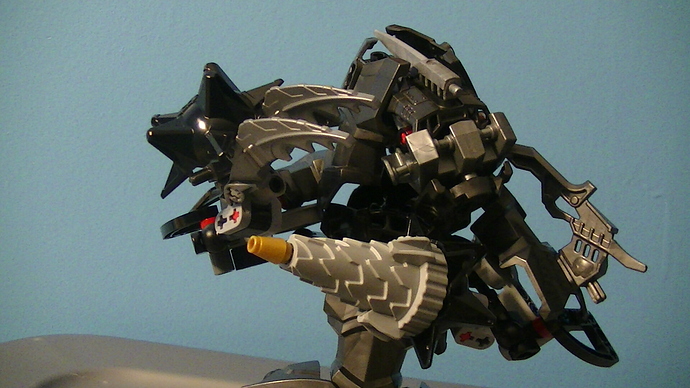 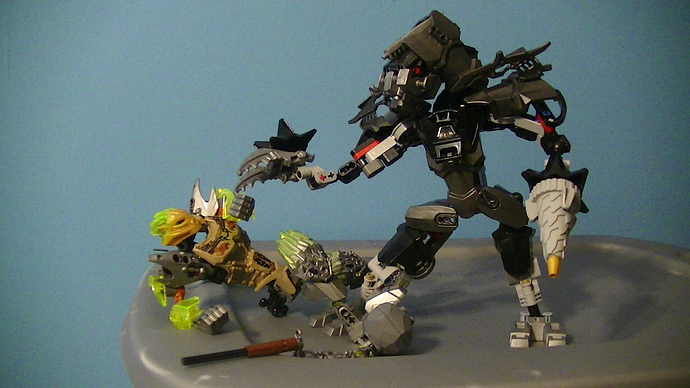 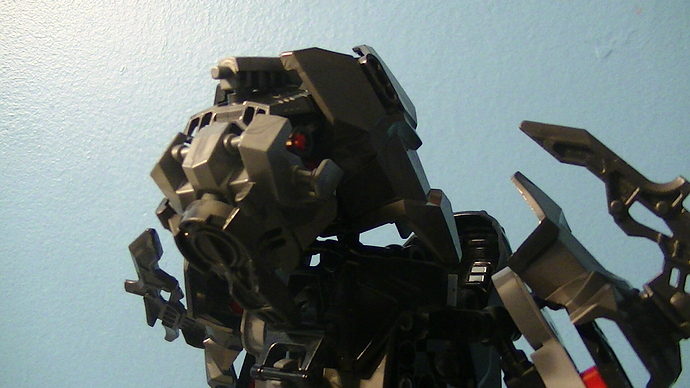 Those were all the pictures I took for now, I might add one later with the arms lifted up so you can see the body structure because I think it looks cooler now. Criticism while being nice is welcomed. Criticism while being mean isn’t. So go ahead and discuss now if you’d like to, and thanks for actually looking at this.

I will say this is currently your best constraction moc to date, but still have some flaws.
Theirs a fair amount of exposed technic pieces that doesn’t flow well and the shoulder connection is wide.
Beside that, the head is well design for mostly ccbs and the weapons are feasible-

It’s also the second constraction MOC I’ve posted here to date. We all knew the first one sucked. But thanks for the criticism.

I really like the arm designs, but the legs looks a little odd and there’s exposed Technic in some places. Otherwise I like this.