Viv-3L is an ancient League of Six Kingdoms conquest android, built to conquer and police. As his construction was still in progress after Makuta Teridax overthrew the League’s Barraki leaders, Viv-3L hasn’t seen any official action. 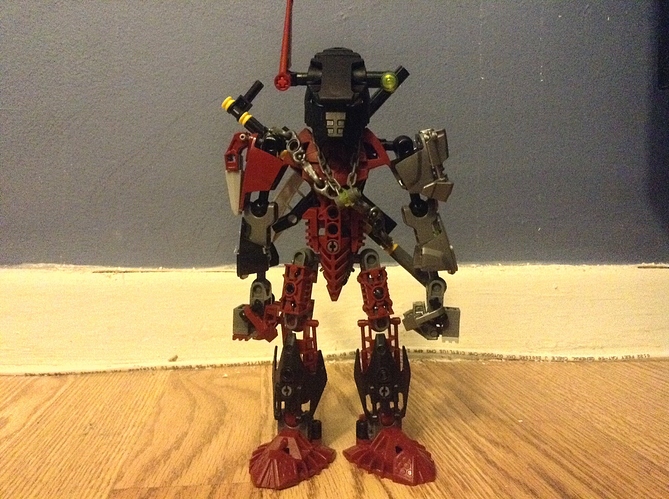 image.jpeg2592×1936 1.24 MB
He was activated a short time after the Great Cataclysm, but, after a century of memory deterioration, he practically has no memory of what had happened. He was recovered from the wreck of the Great Spirit Robot with a severed arm and an optic broken beyond repair. 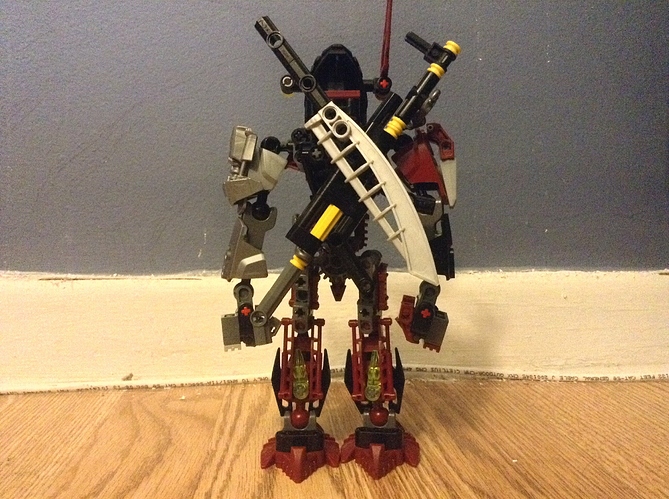 image.jpeg2592×1936 1.28 MB
After the Reformation of Spherus Magna, he was brought to a Kra-Matoran mechanic and junkyard owner by an enigmatic Turaga of Ice, who today serves in the ruling council of New Atero. She was able to repair and reactivate Vivel, though it took her around 55 years, and cost her many widgets. 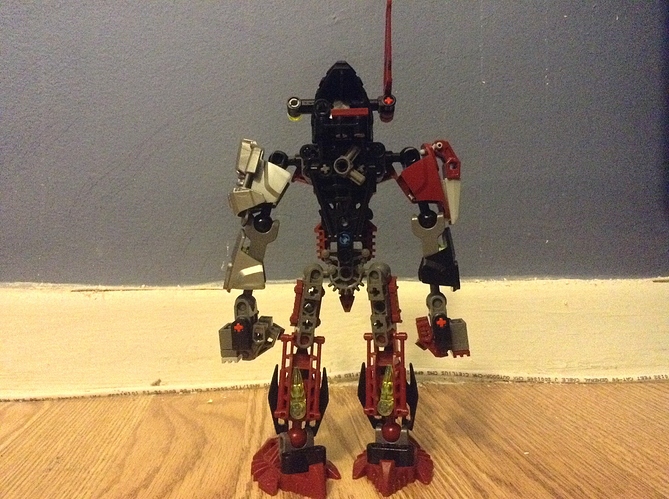 image.jpeg2592×1936 1.25 MB
After his reactivation, he was trained by the Kra-Matoran in the art of combat. Ever since, he’s been recruited in the security force of a nearby village, Pieni. Although old, he does show much promise as a warrior, and as a person. 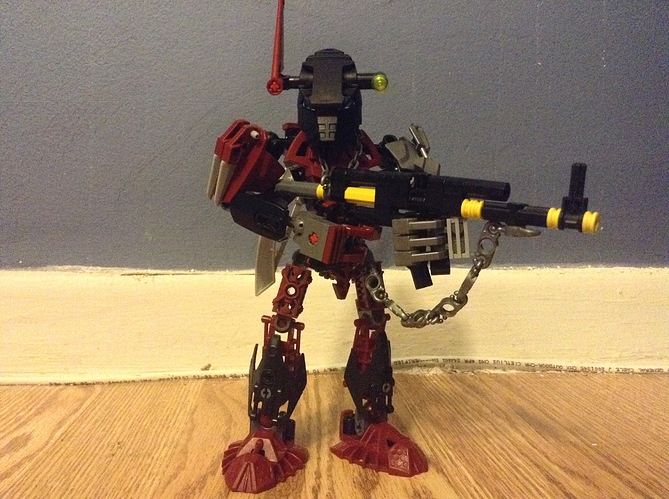 image.jpeg2592×1936 1.27 MB
Androids of his model were programmed to use simple melee weapons present during the reign of the League. However, times have changed, and with change comes new technology. Though still commonly used by tradition-bound Toa and some Glatorian, melee weapons have become largely obsolete with the invention of automatic Lightstone firearms. Thus, Vivel was taught to use a Lightstone Rifle during his combat training. The specific model he carries is known as the LR4A1 by the New Ateran Defense Force. Vivel still carries around a machete which he likes to keep for close encounters. 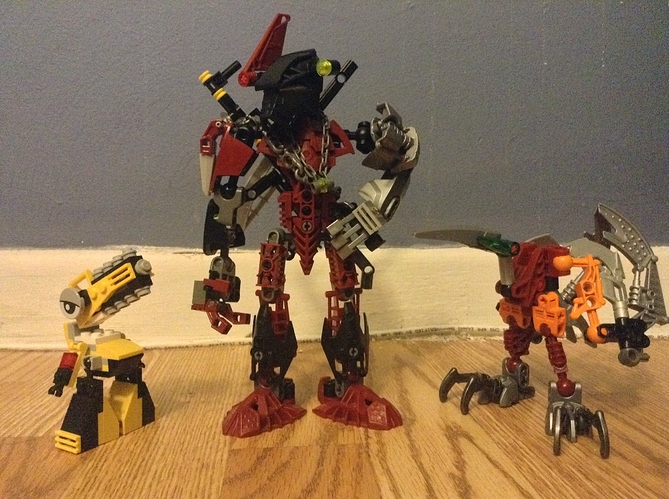 rip this sucker to shreds

The torso, head and weaponry is fine- it’s the limbs that detract from his appearance. I feel he’d really benefit if the arms strayed away from CCBS to keep a more consistent look.

The hands are pretty nice, also the custom parts in general.

I feel he’d really benefit if the arms strayed away from CCBS to keep a more consistent look.

The thing is, CCBS arms provide a lor more articulation than old system arms, and I don’t have that good of a parts budget to make good compact custom arms.