Here is a pretty straightforward Moc for today. Since Tahu in canon was reverted to Mata form by donning the golden armor, and my vehement distaste for the av-matoran build, I wanted to capture Tahu in a legitimate Mata build with the golden armor. That’s essentially it lol, here are some pics without further ado! 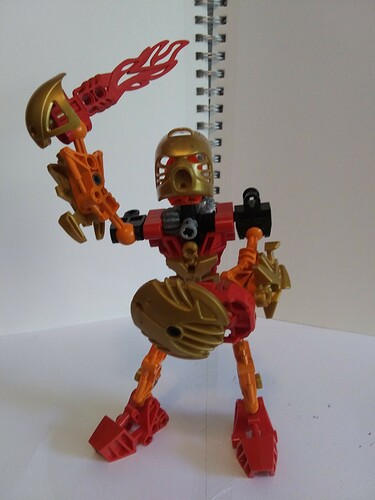 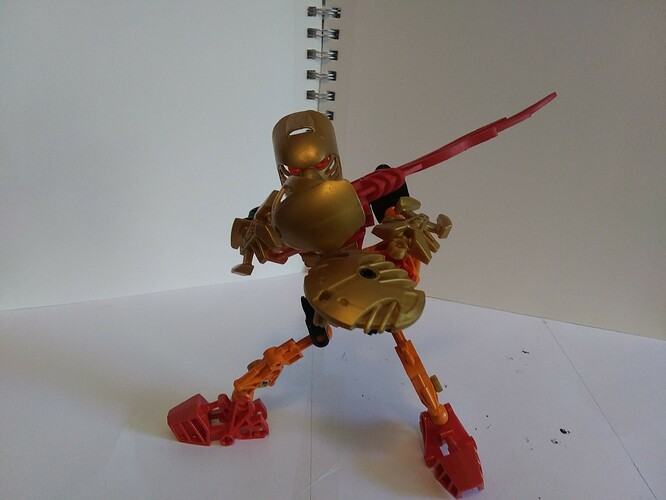 I gave him a glatorian head on a ball joint to have his head be articulated. I initially went for a mata head with the original golden Hau but it obviously doesn’t complement the other newer gold. It was also the only practical way to keep the new golden Hau on, so that original aspect of the mata build had to be sacrificed.

Besides the little golden studs on the legs with half-pins I added for fun, here are the breakdowns for the leg and shield. 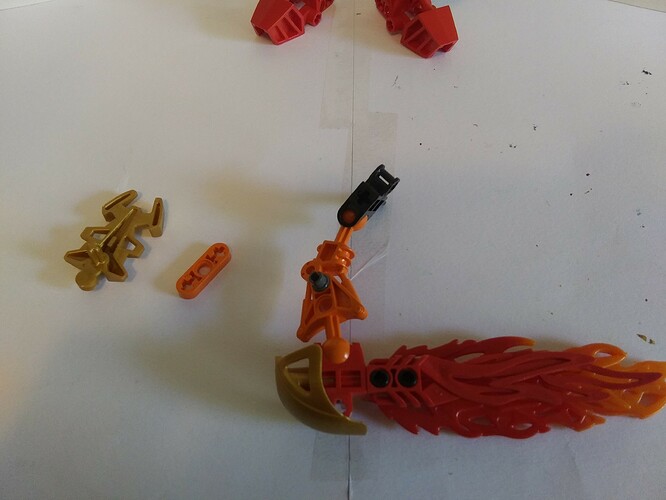 As you can see, since the pin on the arm armor still has a half-axle left, it locks in on the arm when it is all attached and doesn’t just move around. 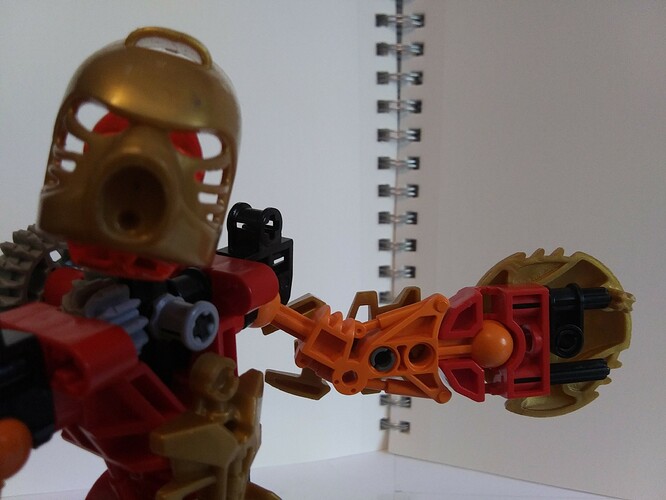 I wanted to keep the classic mata hand to stay faithful to the build, however, this does restrict hand articulation quite a bit. 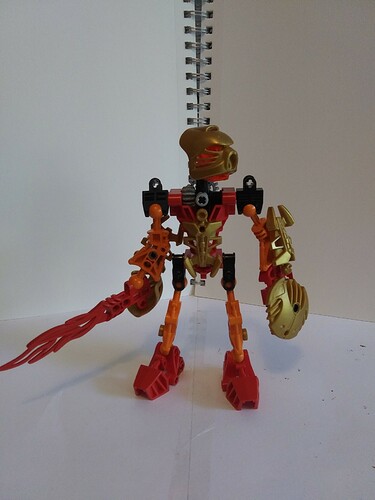 That’s it for today! I hope y’all enjoyed this quick build!

Fairly simple, my favourite part is the shield, it attaches quite naturally.

Cool, I like that you attached golden armor while remaining mostly true to his Mata form.

I’ve tried doing this myself, but I never figured out how to attach the armor to his arms. Now, I guess I know how to do it

Glad I could help, even if indirectly