Today is Bionicle Day! In light of that, I felt it was an appropriate time to show off one of my more recent MOCs, and the first independently-posted one since the end of my old MOC topic. Unfortunately, of the two options, one has to wait for a specific later date, and the other is jussst shy of being complete, but still not quite there. Ultimately, though, I felt the latter made more sense; despite some issues that have yet to be ironed out, is overall in a good enough condition to be worth posting. And so without further ado, I present: Hahli Mahri! 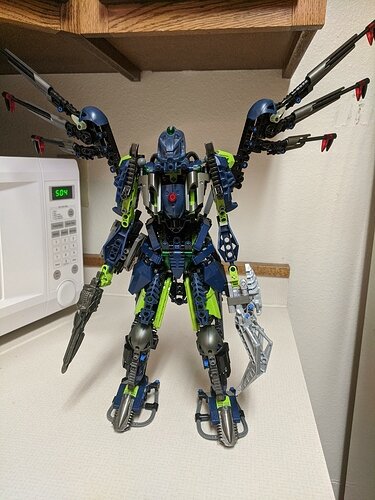 7vgKbH02625×3500 866 KB
So, here she is, the revamp of a revamp. (If you don’t know what I’m talking about, I’ll refer you to this post in my old MOC topic.) Like I said, there’s a few spots that are still missing decorative pieces, and some other pieces that I want to get in a more suitable color; those will have to wait until I can afford to put in a Bricklink order, unfortunately. Still, for the most part I’m fairly satisfied with where she’s at, and this feels like a massive improvement over my original attempt to update her. 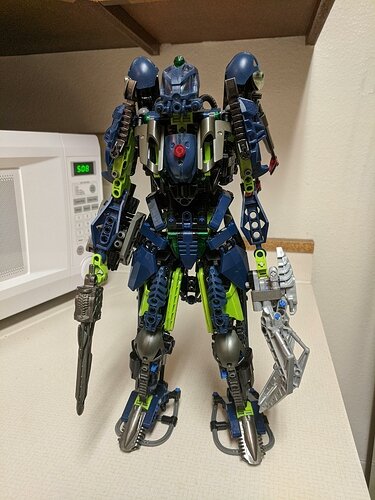 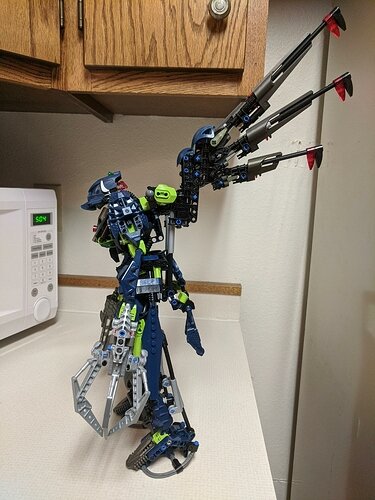 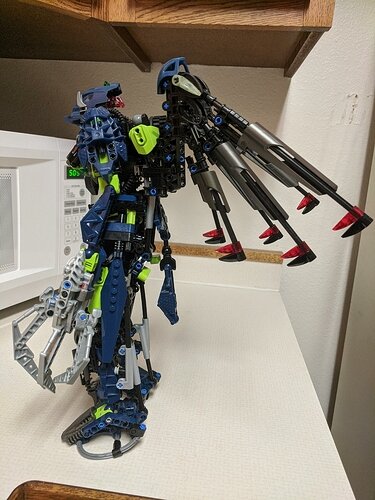 LIvpE1l2625×3500 871 KB
One downside, as you can see here, is that the size of her fins means she’s weighed down considerably in back; while she can stand under her own power, she has to lean a fair ways forward to do so. Unfortunately her legs also aren’t as stable as I’d like (even with the double pair of 2006 Friction Pumps supporting them) so I may have to experiment further to figure out how to fix that, or consider adding heel-spurs like the ones the original revamp had. 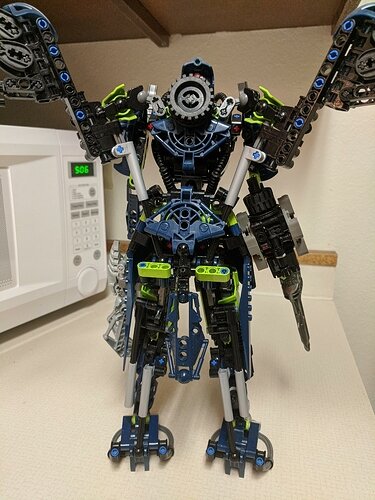 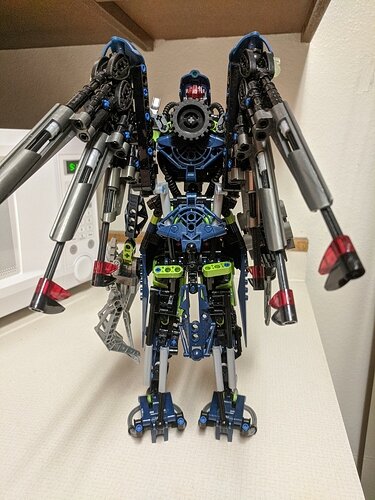 SDw7SnX2625×3500 902 KB
Unfortunately the Nyran shot reveals the main area where her incompleteness becomes quite clear; while her upper back is fairly solid, (and you’ll note the wheel at the top, which powers the gear function) her lower torso is a different story. I know roughly which pieces I need to finish that up, but again I’ll need to bricklink for them; though admittedly even aside from that, I feel like the friction-pumps that support her fins need a better connection to her torso that may require some reworking beneath the hood. 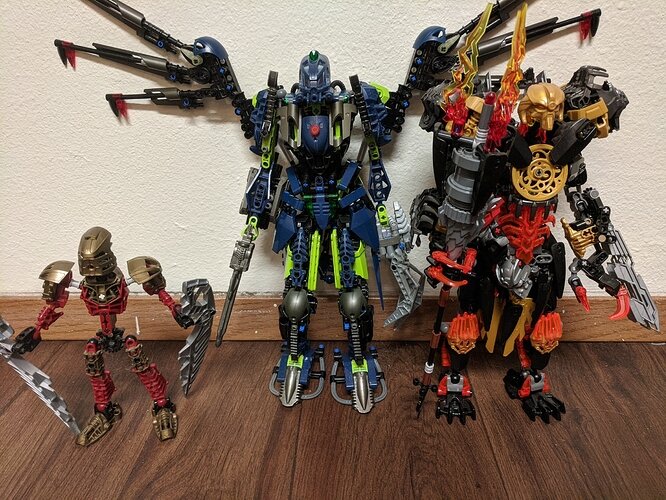 IMG_20200810_0604422592×1944 2.14 MB
She’s also absolutely gigantic, standing twice the height of a standard Toa Metru, and juuust slightly taller than the not-insignificant JTO Makuta. (Though I imagine that the MoUP would make up the difference if I had it) While it means she doesn’t exactly scale with any of the G1 sets, I do like the extra level of detail it allows for. Unlike my old Titan-scale MOCs, where I was building large for the sake of building large, I genuinely didn’t try to make Hahli this big; it just happened naturally as I did my best to make her proportions as good and consistent as I could get them. 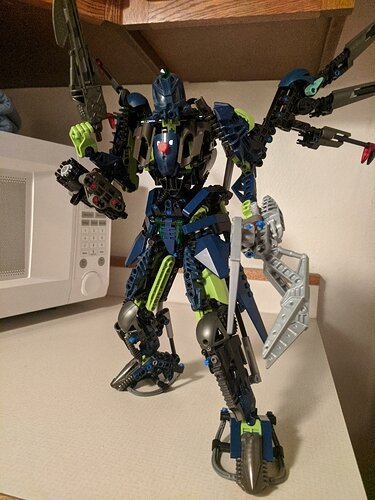 LnJ9wy82625×3500 951 KB
I’ll save a more detailed look at her build and each section of it for when I have made those final changes. Despite being technically incomplete, though, I hope that this was still a cool first look at her; this is a design I am rather happy with on the whole, and despite turning out rather larger than I originally intended, I feel like it uses that size much better than the older revamp. Whether this is UCS-worthy, though, I leave to your discretion; comments and feedback would be very much appreciated.

The wings could be improved upon, but otherwise, the MOC looks pretty nice.

I really like the color scheme, the old pearl dark grey looks way better with dark blue and lime green than the silver that was included with the set. I like the aesthetic of the feet, they look somewhat webbed and industrial.

That’s a very rectangular MOC ya got there. Not a fan of this MOC, but there’s a few parts I like, namely the foot and wing designs.

Gundam vibes. I love her.

Very chonky, but that’s fine-really makes her look kickbutt. My suggestion: switch the Nuva shoulder pads on the wings with the gunmetal ones on the legs-that way it keep the wings more entirely metal and her legs cleaner looking.