Made this the other day as part of my uni coursework. I’m not over the moon with it, but I think it’s alright and would be worth sharing here. This is a paintover; I originally made the gun in Maya as a 3D model and set up some lights, exported a render, then added textures in photoshop. There was actual minimal painting done here, all the detail comes from the textures & the filters put over them, outside from some of the green stain detailing around the center barrel which was painted. 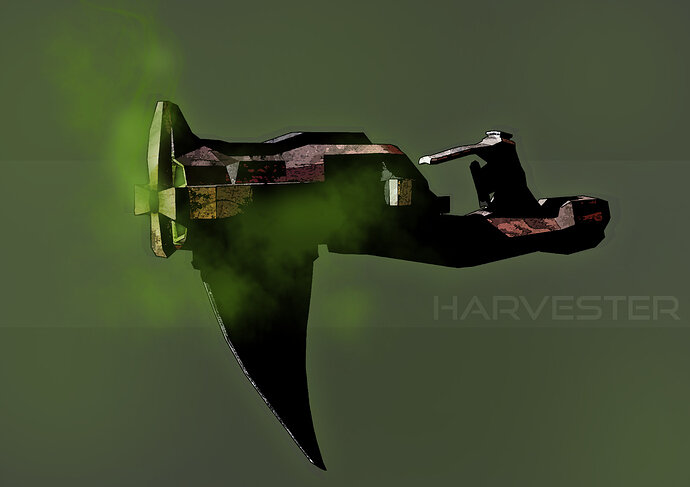 _"A weapon of Hells’ design, one of three shotgun inspired weapons with an attached scythe bayonet. Once the scythe strikes a killing blow against a conscious opponent, their soul will be harvested, converting them into solidified shards of energy ready for use by the shotgun. The lacerations caused by these shards eat away at the victim until they’re nothing more than liquified flesh and bone.

The Harvester is used by the incarnation of death known as the Ravager, and its owner, lacks the grace of its two brothers. It is a slow firing, high spread weapon, designed for close up usage or crowd control - the latter is far less effective but still viable against less armoured opponents. It is completely indestructible as long as its owner lives."

For those interested I also have some screenshots of the Ravager mentioned in the one sheet, the owner of this weapon. As of yet I haven’t made any kind of concept for the ravager yet, so these are just screenshots straight from Zbrush. 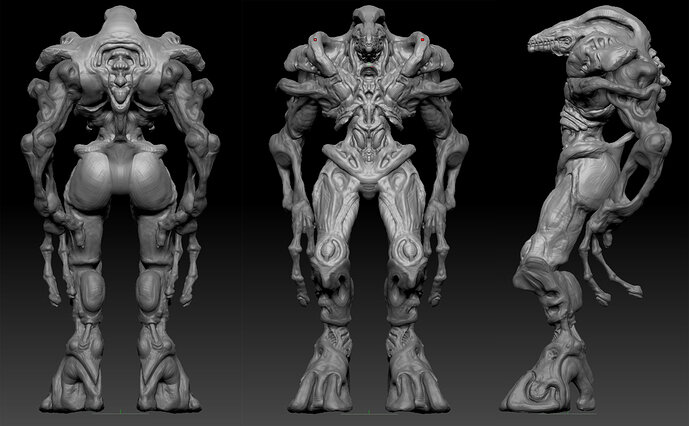 As opposed to the gun, which I’m okay with, I’m actually very happy with this Zbrush model; especially as before starting the model I’d only used the program for about 3 hours. A while ago I started work on modelling Vezok in an organic / Gigery style in Zbrush (some of you may already be aware of my obsession with Vezok) though I’ve been distracted from that by some other projects (including one Bionicle related project that I’m very much looking forward to sharing when it’s finished), but hopefully I’ll be able to start work on that model again once I’m done with uni for this term.

Thanks for looking & reading!

These look really neat!
The Ravager looks like it could be a really cool action figure…
In fact, if it was, I would probably buy it!
I really like the Harvester gun as well, the 3D design looks fantastic.

Thankyou! I’m actually considering 3D printing the Ravager as a little desk ornament or something.