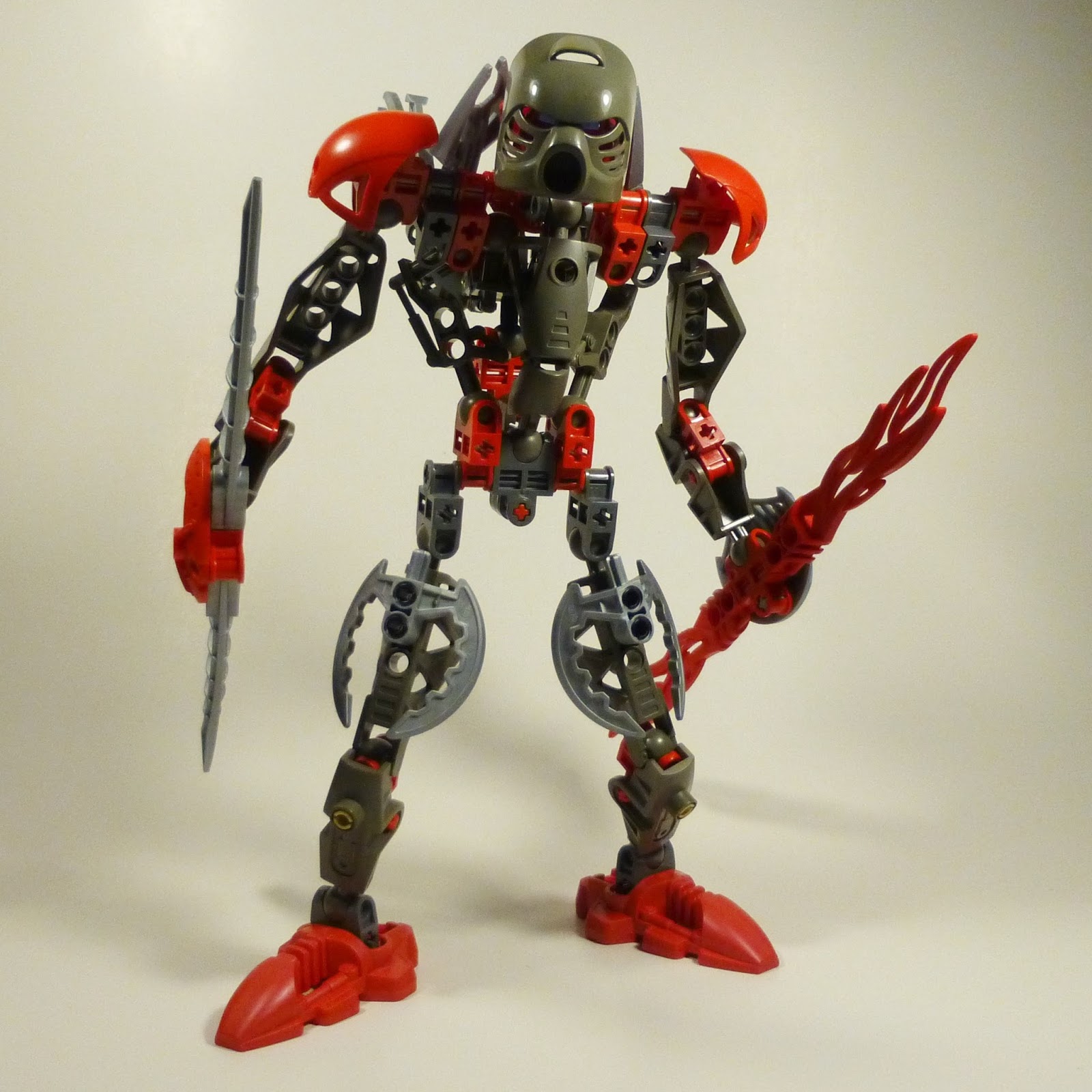 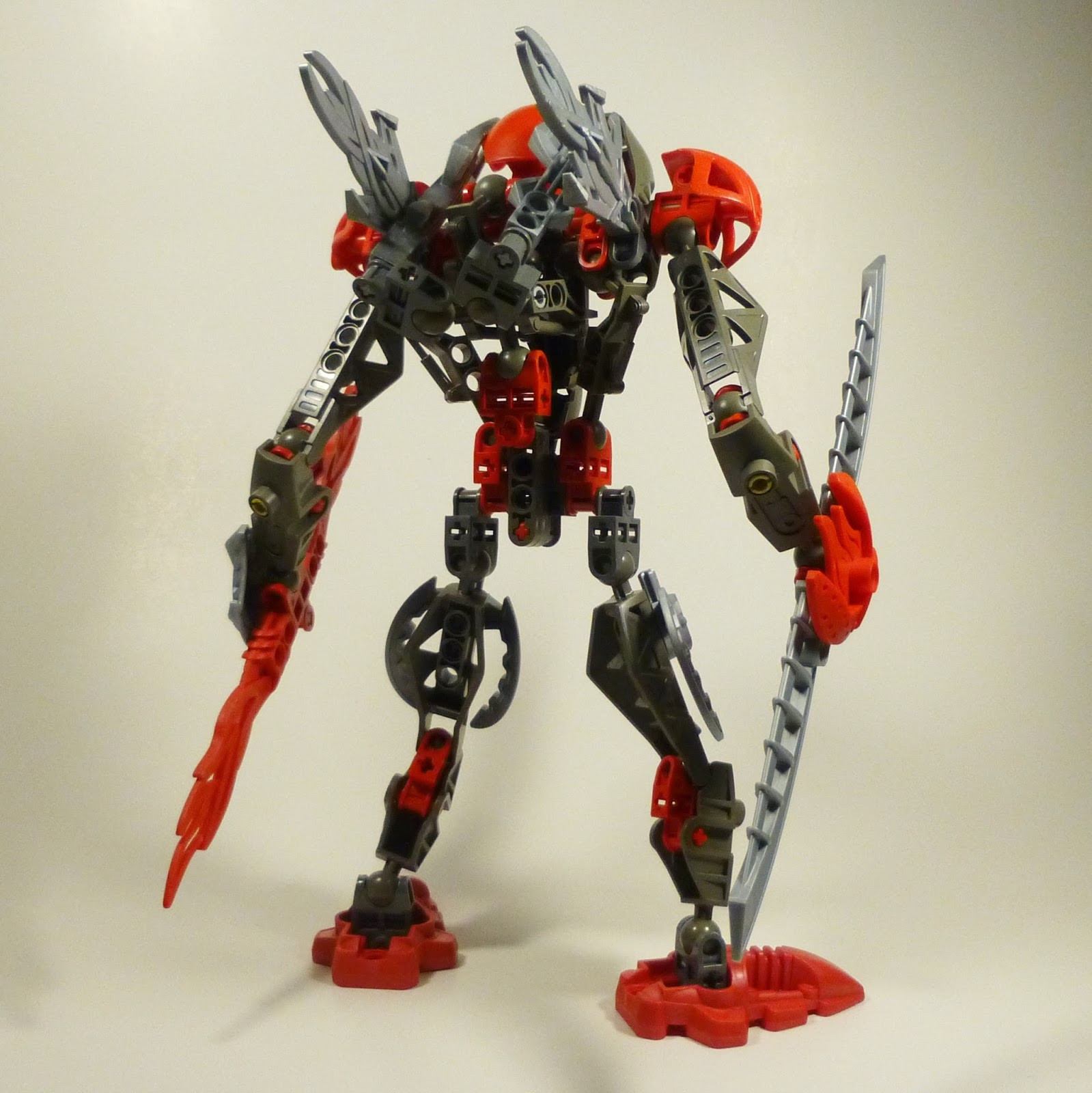 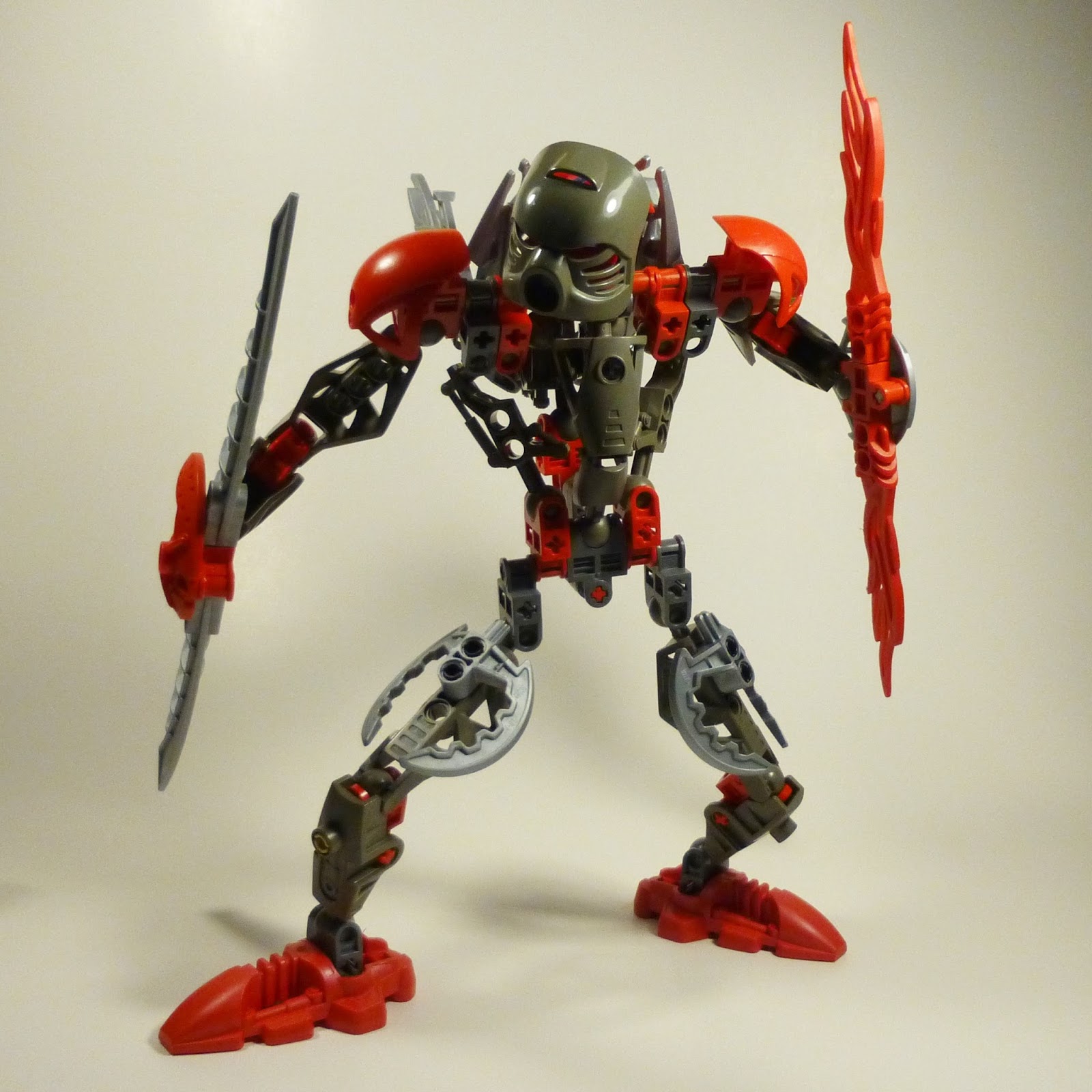 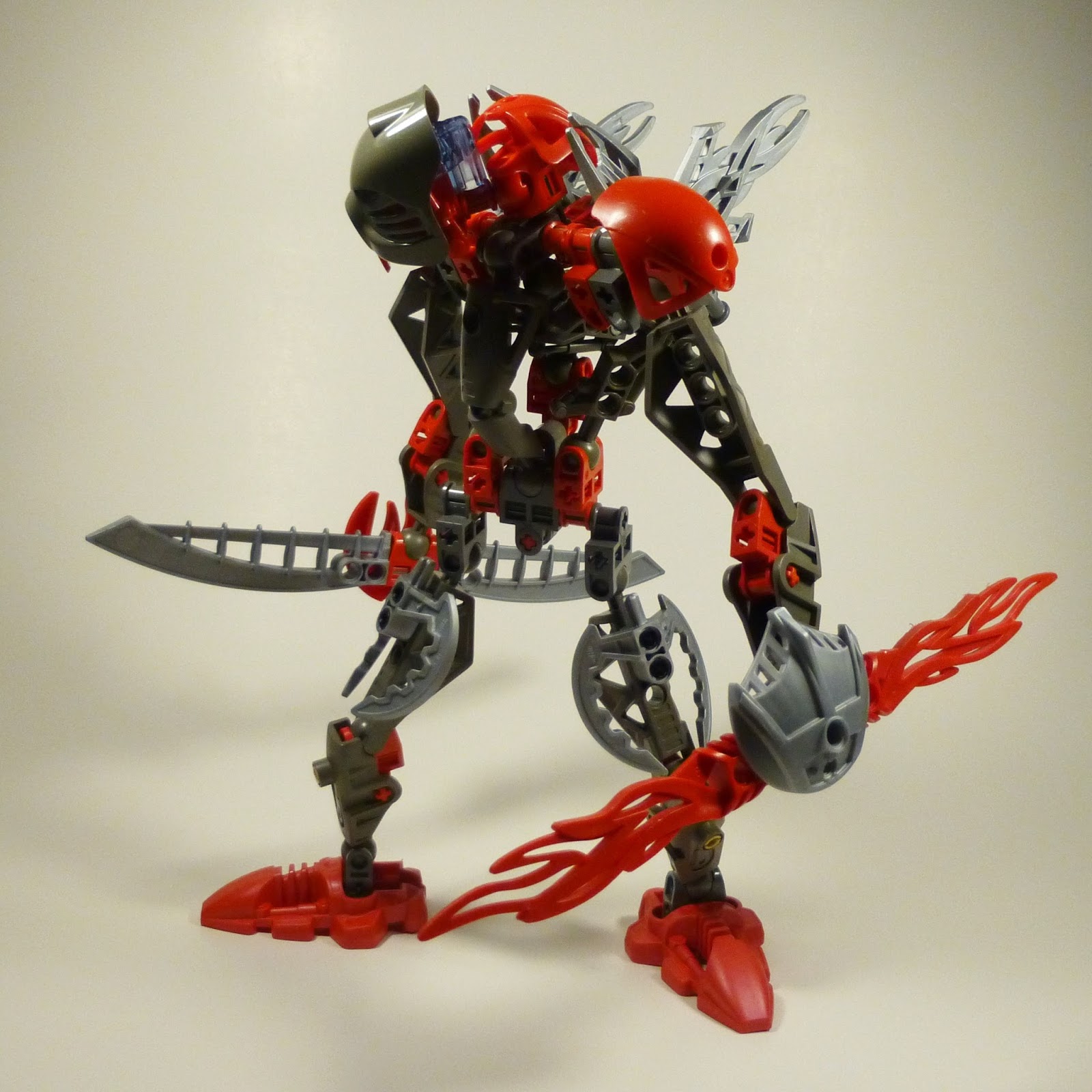 Havoc was once a Ta-Matoran living in the Southern Island Chains when he was abducted by Makuta Mutran and was one of his first test subjects while he was creating the precursors to the Shadow Leech. The experiment went horribly wrong and the Ta-Matoran was mutated beyond recognition. He now had control over Fire and Shadow which were very destructive combined and bore a Great Shelek which was forged like a Hau.

He broke free of Mutran and fled. He was in the northern region of the island chains when he met the Dark Hunter Gladiator. After a brief confrontation, Gladiator realized that he would be a good recruit for the Dark Hunters and Gladiator offered to bring him to the Shadowed One. He complied and he was brought before the Shadowed One and was recruited into the organization. Having forgotten his original name, the Shadowed One gave him the name of Havoc, because of his destructive powers.

He now lives on Spherus Magna with the rest of the population of the Matoran Universe.

With this one I challenged myself to use only pieces that were available in 2001-2003.

Definitely fits in with the original Dark Hunter Moc style

[quote=“Invader, post:1, topic:29270”]
I challenged myself to use only pieces that were available in 2001-2003.
[/quote]I was kinda underwhelmed at first, but then i read this and now I’m impressed lol

That looks great, and did he have a brother named Cyclops?

Super cool use of parts on the torso! This guy totally fits in with the rest of the Dark Hunter models. Lighting seems a bit dark though.

I like the torso (remind me of Maxilo) but the limbs falls flat.

The chest looks slight gappy, but it doesn’t really detract from the moc. Nice job

Makes me think slizers, and I really like it.

This is really cool. Certainly seems like something that would have been accepted into the Dark Hunters book from way back when. And yes, that’s a good thing

Simple, but oh so satisfying to look at. Great work here.