Help Me Name My Next Character

I’m the kind of guy who can take a concept and come up with dozens of different visual designs for it in a short time.

I am not a guy who can take a concept and give it a good name.

Okay, I have good news, and I have bad news.

Here’s the good news: I am starting a new D&D campaign! That’s right, if you’ve been following me and my art for the past six years, you’ll know that I’ve already been through two previous campaigns. Two of my OCs, Ghar and Connie, came from those campaigns.

And now, we are starting a third one, which means a third perfect boy will be added to my collection of drawing obsessions.

And I’m excited because not only does a new campaign mean new experiences, a new story, and new fun to be had in-game, D&D for me has long served as a spring-board for my art in general. New characters and new worlds means new art to be made.

I’ll get to the bad news at the end, but here’s the meat and potatoes of this post:

Now, I’m not going to guarantee that any one person’s name choice will be the name, but what I’m looking for are spitball ideas that can get me in a ballpark either thematically or phonetically.

That being said, here are the details:

Rough Character Background:
The character comes from a tribe of swamp-dwelling Tortles. In their ancient past, the Tortle tribe was violent and war-mongering. For a reason I haven’t yet determined, they decided to stop being violent and currently, young Tortles are trained to control and repress their aggression. Part of this training involves a journey of self discovery in which Tortles are sent into the world and expected to practice true pacifism. At a point where this journey is believed to be concluded, the Tortle then returns to the tribe for a final test, after which they are freed from pacifist practices (but it is usually expected that the training purges the aggression).

My character is one such Tortle in the midst of his worldly journey. He carries with him a “shield” that he uses to defend himself and others. This “shield” is actually a container of sorts that cracks and breaks with every use. The idea is that, once it breaks, he must then return to his tribe and face his final test. The contents of the “shield” are currently undetermined.

Rough Character Appearance:
He is a large and physically imposing Tortle. He stands well above 7 feet tall. He has a large patch of moss growing on the back of his shell. He does not wear armor, but his arms have padded wrappings and on his neck is a metal collar/brace. His skin is patterned with red tattoo-like markings. He carries a large, boxy “shield” made of stone and patterned in a similar manner to a turtle shell.

And those are all the details I have at the moment! If you need any further details, feel free to ask questions. I’m sure I can come up with an answer.

The bad news, by the way, is that the Connie art will be few and far between from now on. I know at least a few people really enjoyed Connie as a character, and I’m pretty thankful for that. Sadly, since I won’t be playing him constantly and will be developing my new character, he won’t show up as often.

On the bright side, we didn’t fully finish our second campaign. We reached a point where most of the characters were in a good place, but the story had many places it could go and a few of us really enjoyed playing our characters still (me with Connie included). But, we felt that our enthusiasm for the larger story had waned and we were more excited to start this new campaign. As a compromise, we agreed we would come back and do smaller adventures with the Diamonds characters when we feel like it and flesh out future stories that way.

Which means Connie will still be drawn sometimes, just not always.

All in all, I’m excited for this new adventure. And I’m definitely excited to see what you all might come up with for names!

If you offer a name idea, you get two more cookies:

I like the character concept. As for names, if you want to use a preexisting word, I think “Bulwark” would be pretty fitting. For random fantasy sounding names, I think “Kepth” has a simple but strong ring to it. I like the vibe of

but I personally like “Dorum” a little more. And if you want a longer/fancier name, you could try something like “Kel’Dorum,” “Ganadon,” or “Borastair”.

I was this close to saying “Bowser.”

He is a turtle and he shall be named… Sheldon!

I change my answer. “Yurtle.”

Krotle.
(tle from turtle and Krot from the second part of Schildkröte (german word for turtle/tortoise)

After -2 days of intense thought, .96 years of intense mental training, and 4 seconds of meditation, I have come up with a list of suggestions:

I’m not much into DnD, but I’m excited to see artwork for this new character in the future! 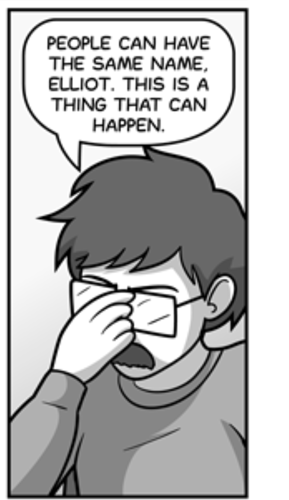