Here’s my entry for Helryx in the Canonization contest. This moc contains 127 pieces. Sorry that the picture quality isn’t the greatest, but it’s what I could do. In future contests I’ll try to figure out a better way to photograph. 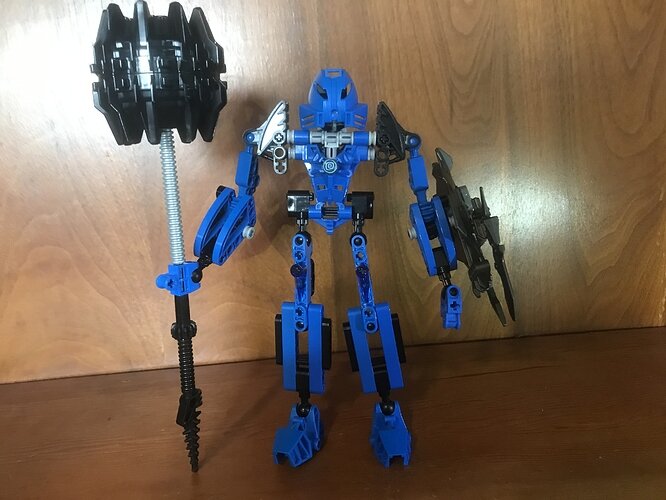 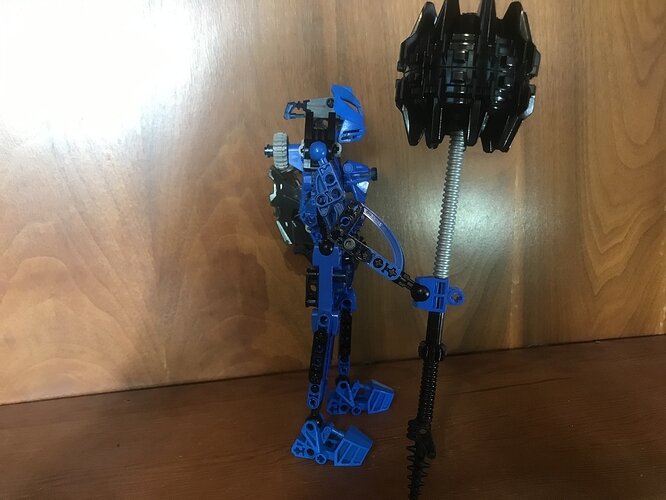 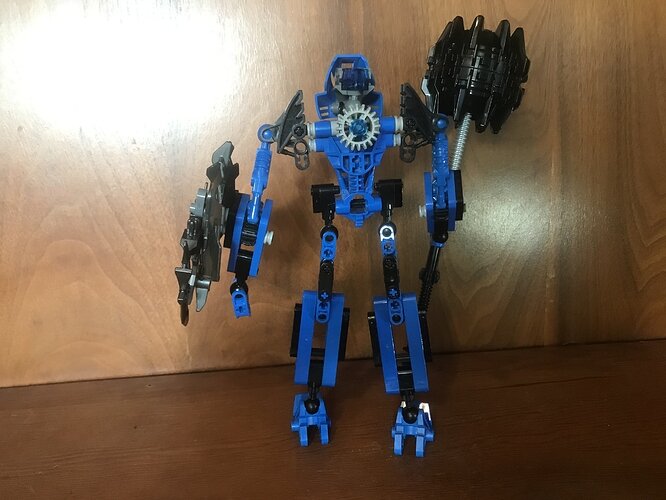 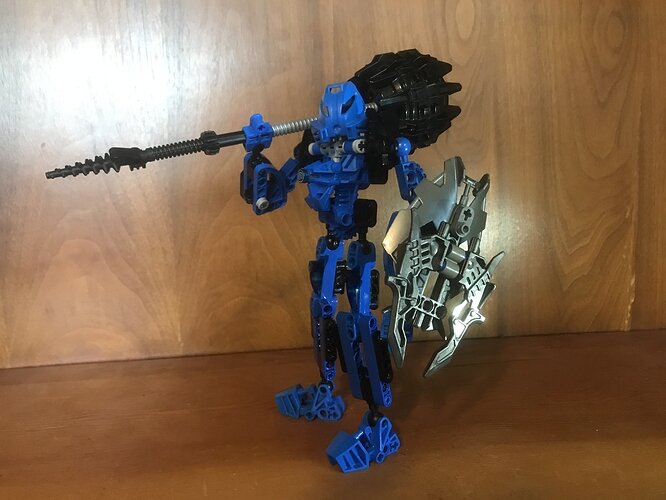 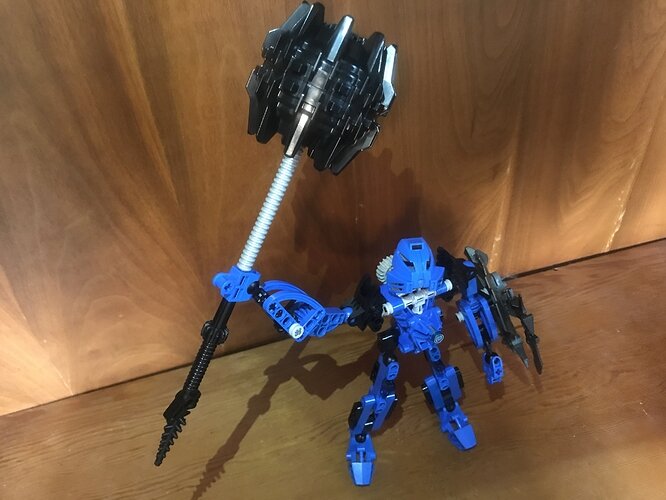 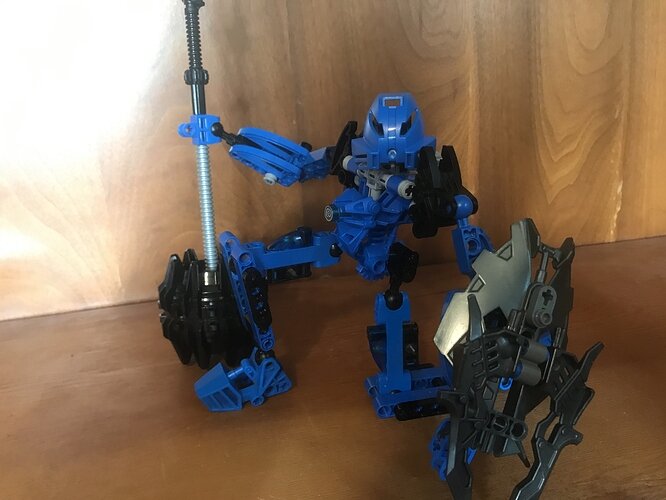 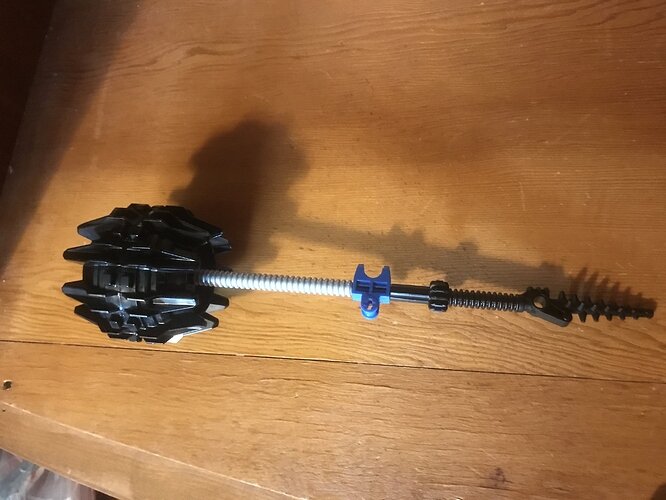 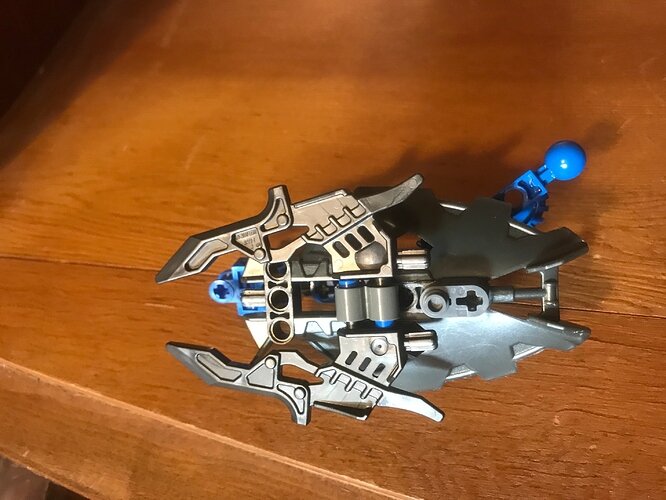 bushings and technic bits in the neck 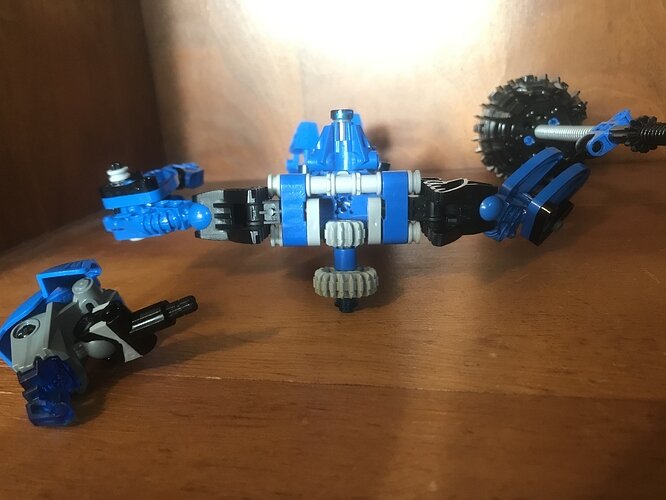 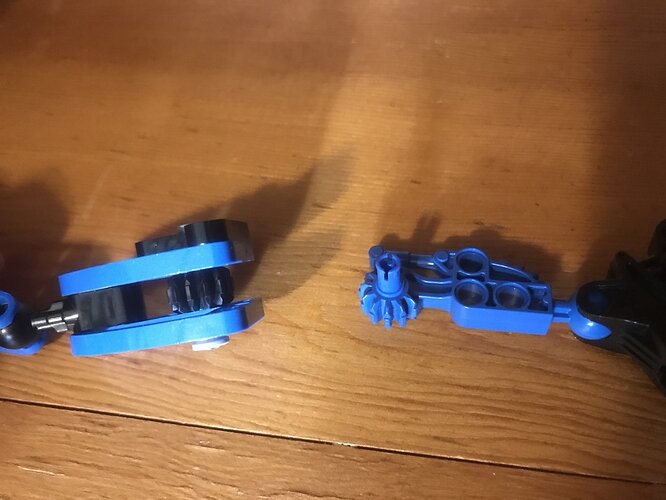 How the shield connects to the arm 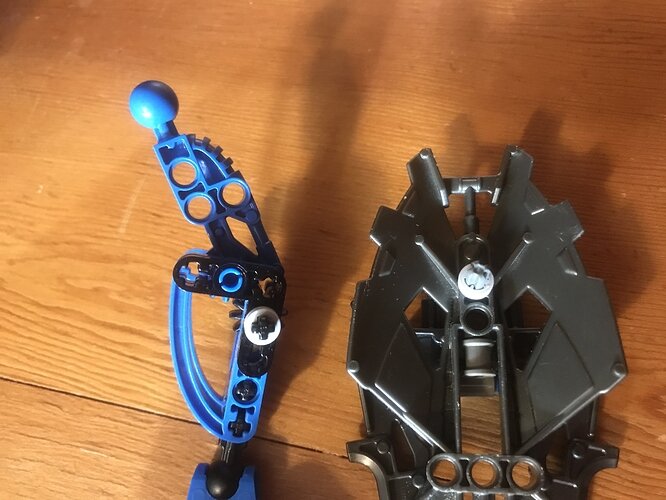 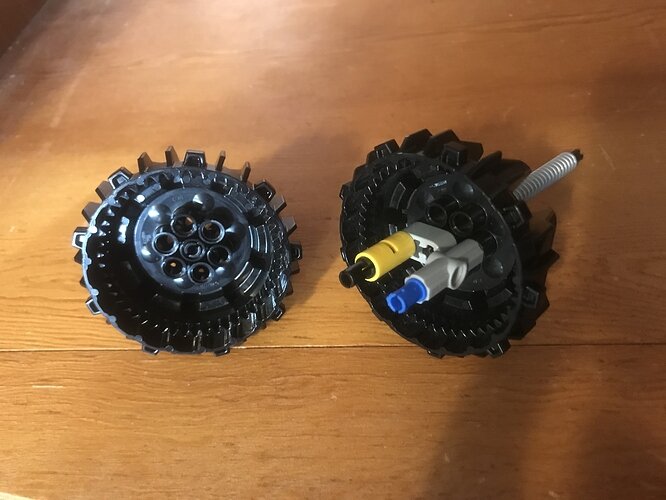 Greg has stated that Helryx somewhat resembles a mata build. As such, I used a mata torso as the core of my build, as well as mata feet. I was able to make it tall enough so it fell around the 9 inch size of canister figures. I also made technic elements more prevalent, notably in the upper arms and lower legs, as well as including a gear despite there being no gear function.The lower legs in particular I left rather gappy in order to fit with her frail description.

I was able to do something that I rather liked with the arms. Using a blue hordika forearm, I was able to connect it with a gear in the arm which turns as the arm bends. In addition to adding a bit more friction to the pin which supports the arm, I find it to look pretty cool when the arm is moved.

As far as her color scheme, I went with almost entirely mata blue. As the first toa, the great beings likely didn’t bother giving her a terribly fancy color scheme. Seeing as Gali, another early toa of water, had a mata blue color scheme, I decided that she likely had mata blue as well. I threw some black in there as well to both match the technic elements needed for her build, and to just give a bit more to her look overall. I used a kakama as a placeholder mask since that’s a separate part of the contest.

I hope you like my moc, and I hope you consider voting for it to help make it canon. Thank you to TTV and Greg Farshtey for having these contests.

That mace is enormous (not saying that’s a bad thing, though - kinda works for Helryx to be so thin and yet effortlessly wield something of that weight).

The weapons for this are my favourite renditions so far, especially the gunmetal shield.