Helryx - The first Toa, and leader of the Order of Mata Nui. 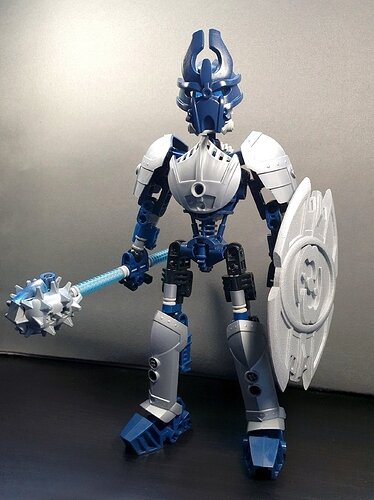 “She was not Makuta, but she was indescribably ancient and disturbingly frail in appearance. Her mask and armor were pitted and scarred from a thousand battles.
She looked like a Toa, but her armor and mask design didn’t resemble anything Takanuva had ever seen before.” 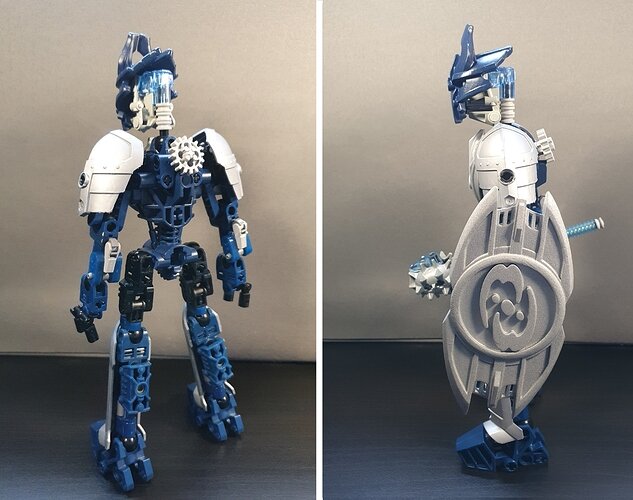 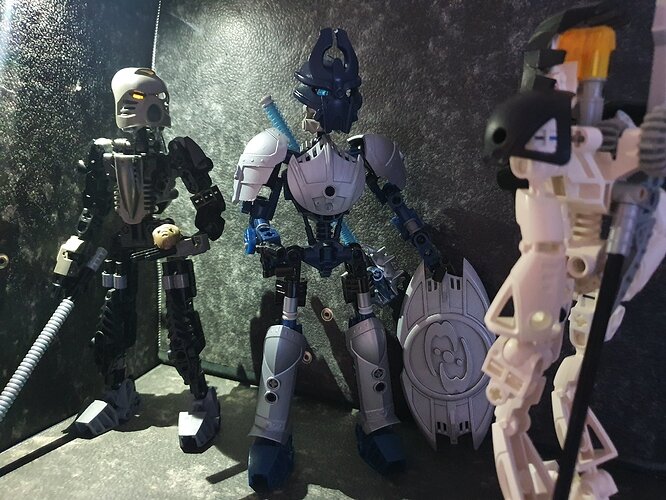 Helryx met with Takanuva and showed him the history of the Toa Mata using a creature of the Order’s design. She also introduced him to Krakua, a Toa of Sonics. 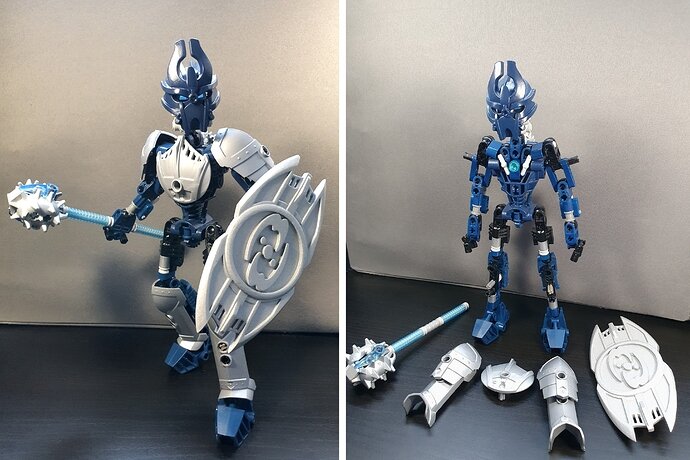 More images and breakdowns can be found here: https://imgur.com/a/8d8xogv

Thanks to Galva for the Mask of Psychometry design, and to Bionicle4Life for printing and painting it along with the shield which I designed myself. And thanks to Gilahu as well for inspiration for the lower leg design.

I’d like to share my thought process that went into the design, as the canon information can be interpreted in a few different ways:

Helryx is the first Toa and wields a mace and shield, so when imagining her fighting style I thought a knight-esque aesthetic would be fitting. The silver armor is not part of her body, but something she wears for extra protection. In-universe it’d look more chipped and scarred as per her description, but since it’s LEGO you’ll have to use your imagination, as actually damaging the pieces would break the contest rules. As the Order of Mata Nui exists to enforce the will of the Mata Nui, I included the three virtues symbol on the shield, which I also designed to match her chestplate.

Underneath the armor, I primarily based her appearance on the Toa Mata, as Greg once said she would probably have a similar build to them.
One possible in-universe explanation for this could be that Artakha used Helryx as inspiration when designing the Toa Mata.

Helryx is described by Takanuva as looking “ancient” and “frail”, and some have taken her in an early prototype-esque direction because of this. However, Takua was the first Matoran - and is about the same age as her, and he looks fairly normal as far as we know. Frailty may refer at least in part to her organics, like muscles and such. The “bio” element isn’t really portrayed in the sets, but in-universe there’d probably be more of that visible on most characters. I tried to make her look older, more mechanical and frail but didn’t want to go too far with it, as I believe the main difference between Helryx and someone like Takua is one of lifestyle and experience.

Best of luck to everyone participating.

Update:
Well dang, currently 3rd place in the first round. Thanks for all the support so far. I’ve added some new photos with a nicer background to better capture the MOC.
These and the originals can all be found in the Imgur album.

This one looks incredible. I very much approve.

This is fantastic - Knights Kingdom armor is a great way to get the whole ancient look!

Very nice, one thing though, I didn’t think the Mata torso came in Dark Blue?

This is nearly perfect as a Mata-build version of Helryx.

I’m super appealed by this design because it goes seriously well with the Takanuva and Krakua builds. The picture you have there is almost exactly as it appeared in my head when I first read the book.

It may not be the most physically impressive, but it gets serious props from me for being so aesthetically fitting. Really awesome job!

Decided to redo some photos, how’s this? 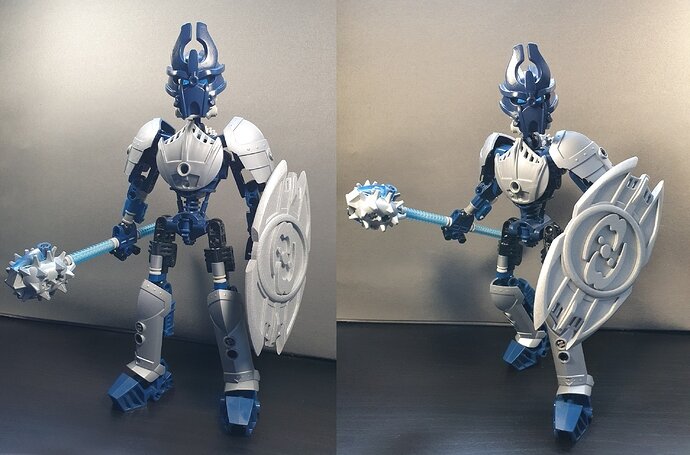 And secondly, thanks all for the support. Even if mine doesn’t win, the fact that some have said it’s their favourite is really nice.

Is and always will be my favorite to win!