Helryx has been said to likely have a build “similar to a Mata Build”. But she also had armor Takanuva didn’t recognize, yet he still knew she was a Toa.
With that in mind, I wanted a build that was similar to a Mata Build, but different – different enough to where you wouldn’t ping it as a variant of the Mata Build at first glance, but if someone told you that’s what it was, you’d see the similarities easily. Her armor, however, would be different from the Toa Mata entirely.

With all that in mind, I built… this. 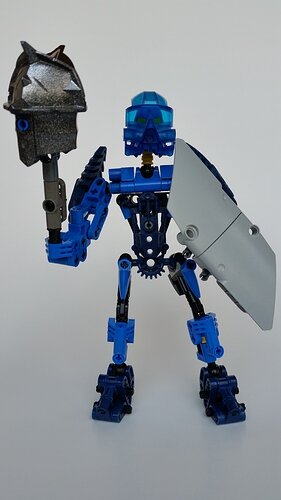 (The mask is simply a placeholder, of course – I only used it because I wanted a translucent mask, and it was this or the Ruru.) 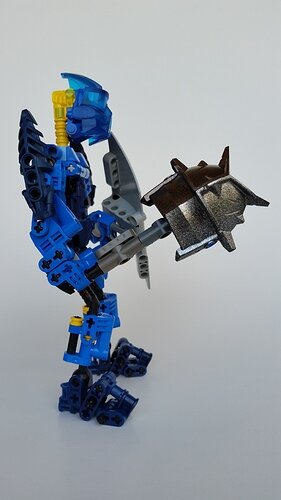 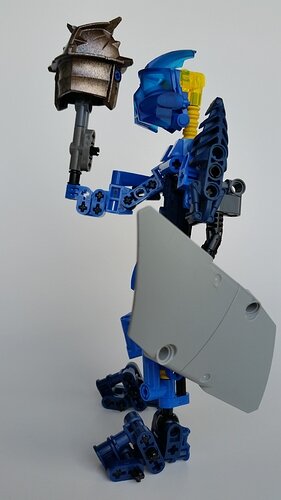 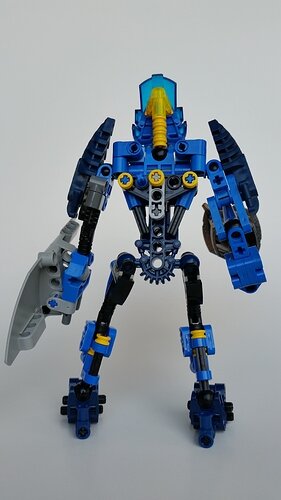 As you can see, I went for a highlight of yellow from the back. 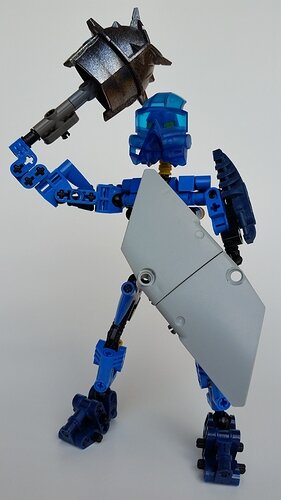 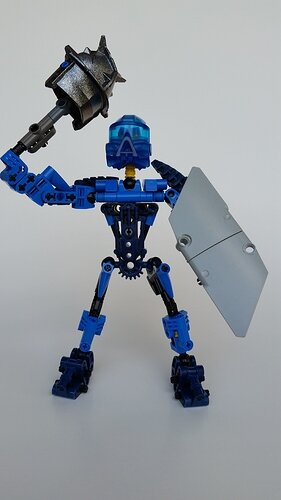 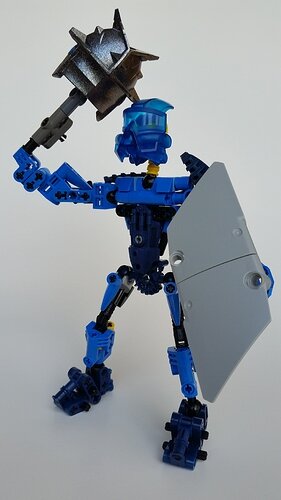 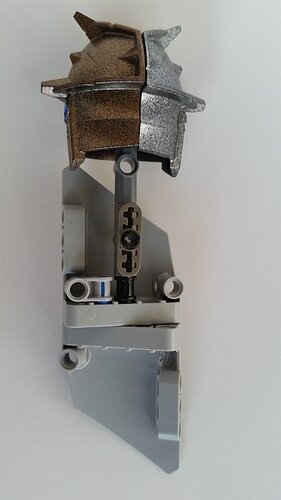 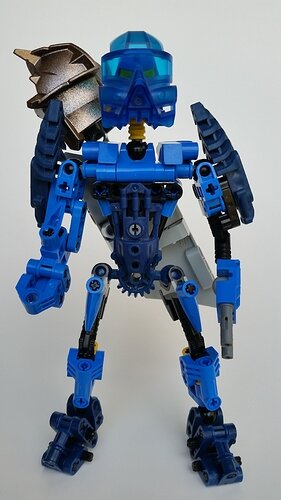 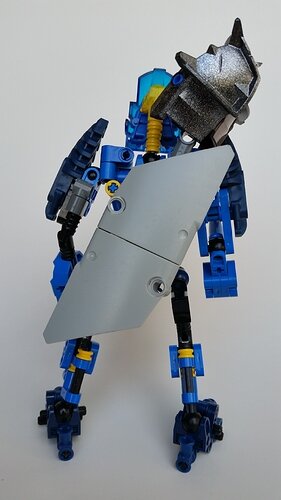 Here’s a comparison of the leg design to a Mata Leg. The foot, in particular, is a close replication. 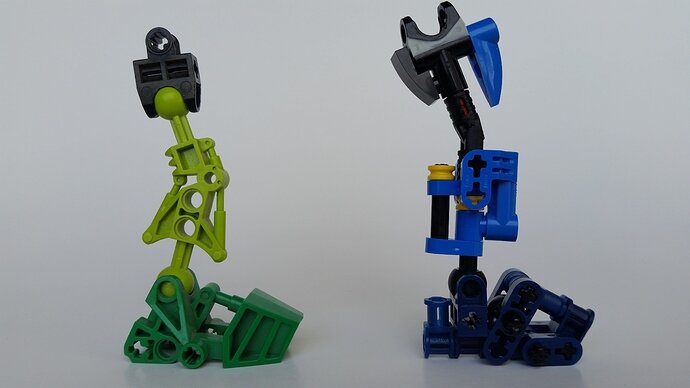 As a fun little added bonus, I included a blue pin on the back, allowing her to use her foot as a gun. 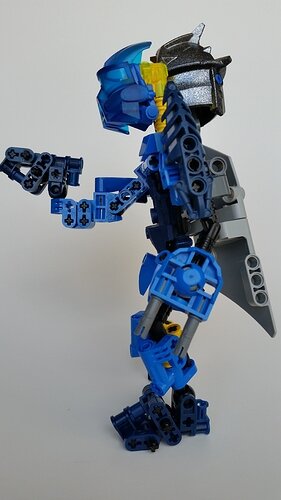 This need not be canon as something Helryx can do, I just found it to be a cool play feature. 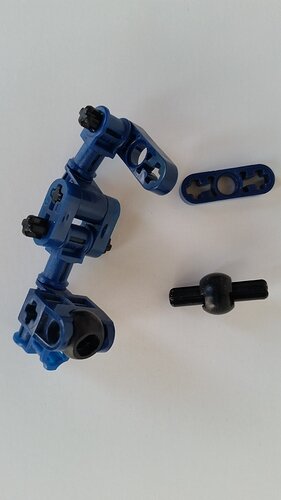 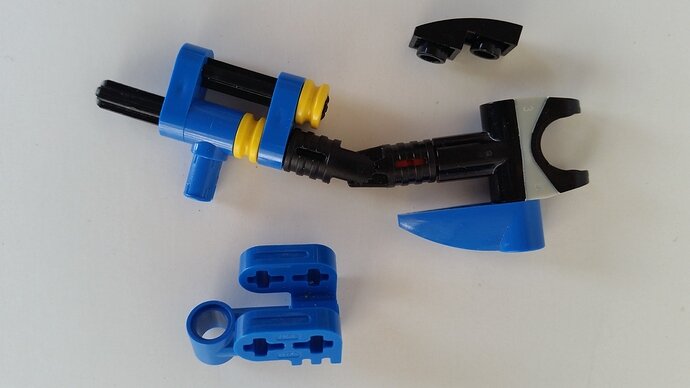 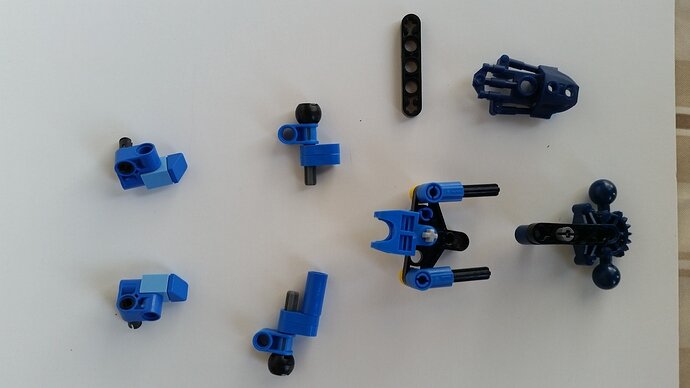 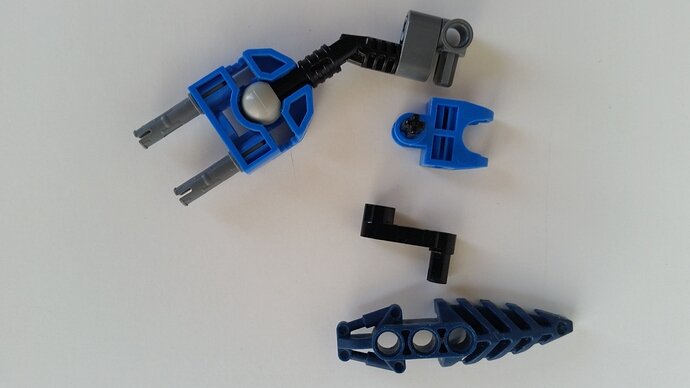 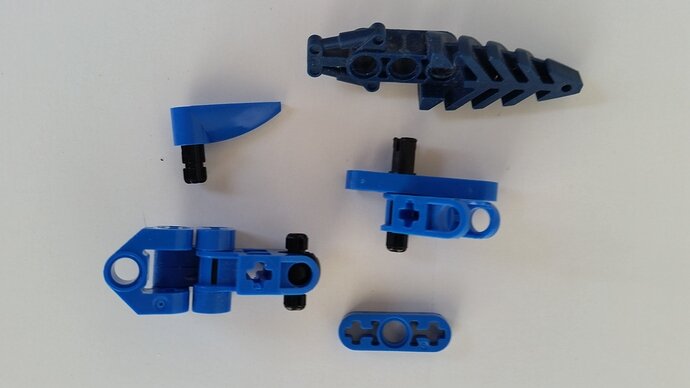 And, that’s all. This was fun to build, and I’m glad to participate in this contest.

Those feet and the mace are both great.

“Wrong side” lol, the custom feet are really clever!