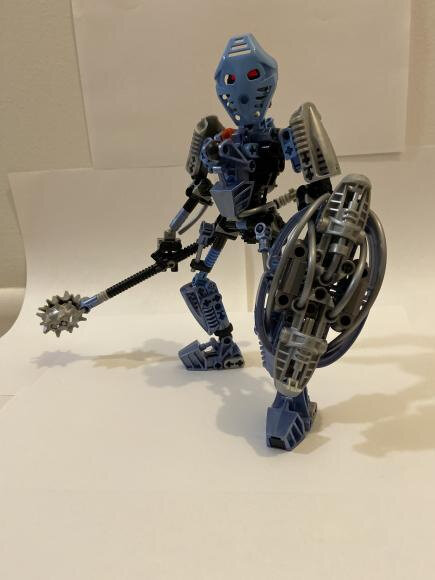 Hello all! This is my entry to the Helryx canon contest! Originally I wasn’t planning to enter, but I had an image of a possible helryx moc flash through my mind about two weeks ago late at night and decided that I may as well give it a try. 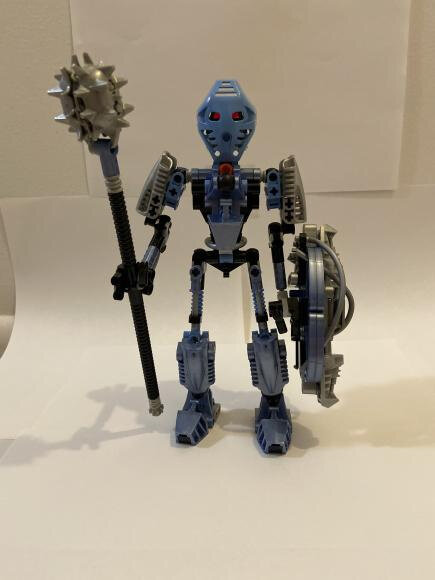 Here she is with her Mace and Shield in a static poses, along with some shots without her weapons. 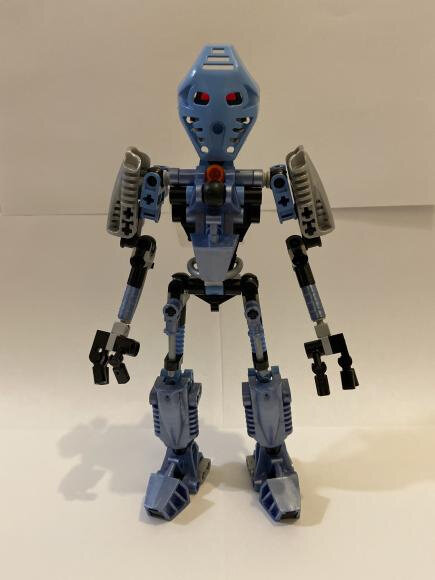 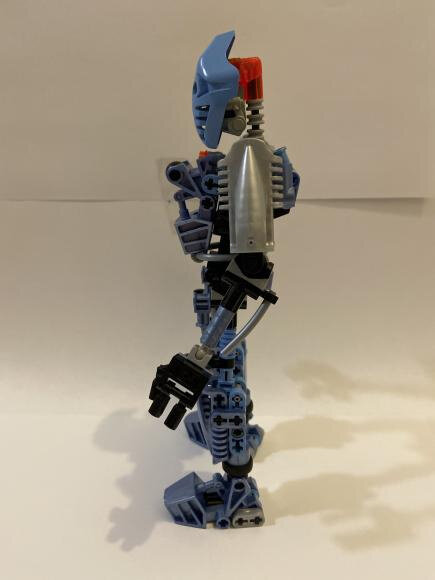 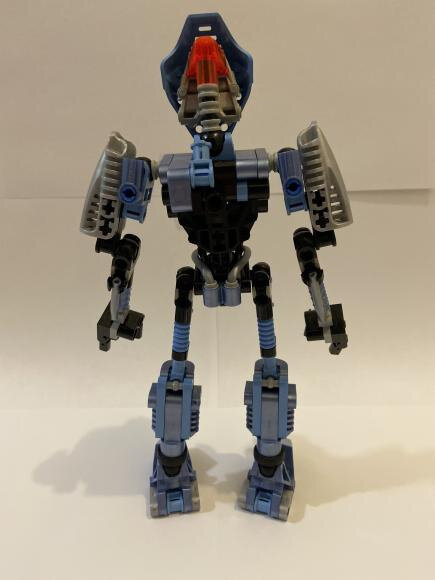 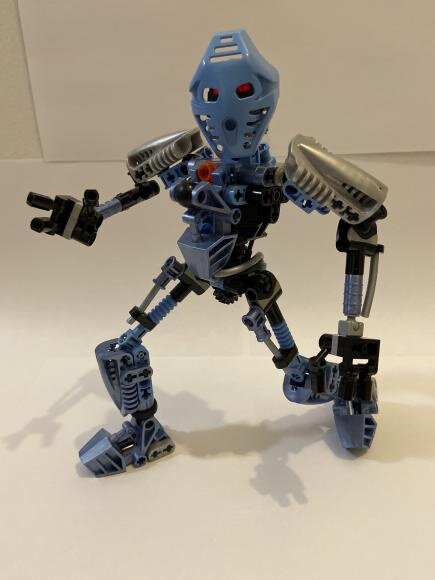 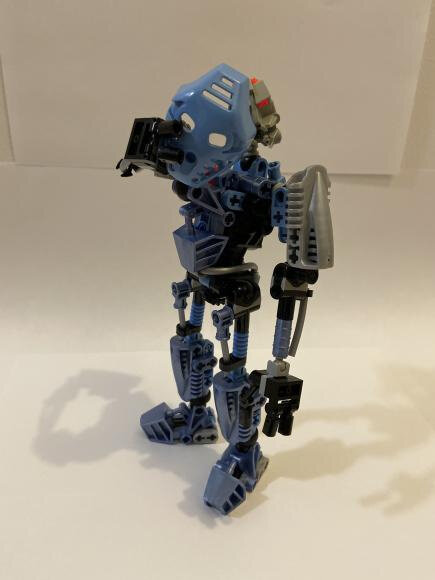 I’m really glad to see that more people are using the metal blue color - I feel like it plays really well into the “unrecognizable armor” aspect, as no other bionicle set uses that color void some krana. Additionally, the lower arms and upper legs use flex tubing and a thinner build to portray the “frail” aspect of her. The way that I see it, she’s lost some armor and has tons of exposed pistons and such. 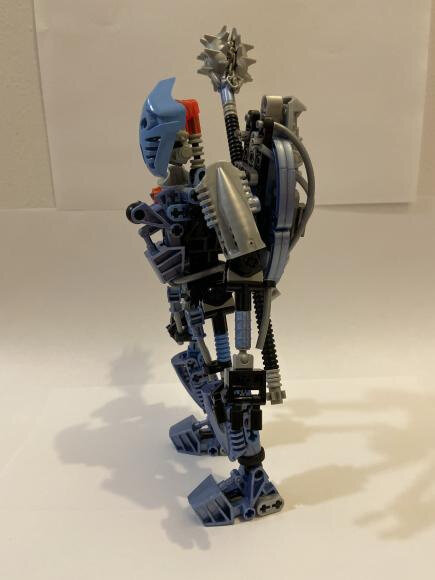 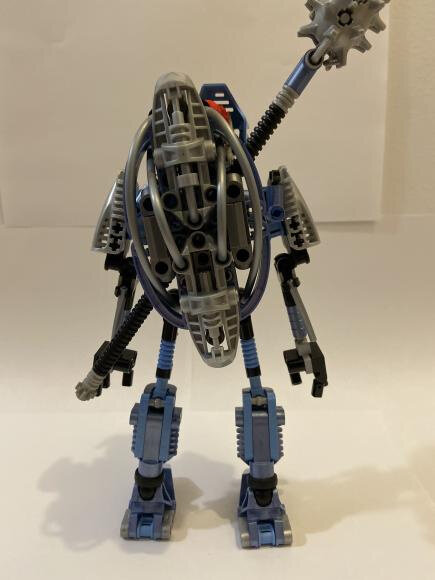 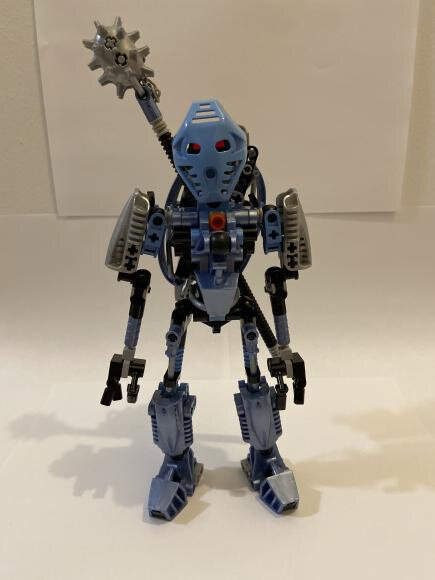 The Mace and Shield can attach to the back, and a few system plates and tiles on the shield lock the mace in a set position, so everything holds on in one angle and in a very sturdy attachment. Also, while attached to her back, the clips used to attach the weapons to her hands can be pegged to her shoulders like so: 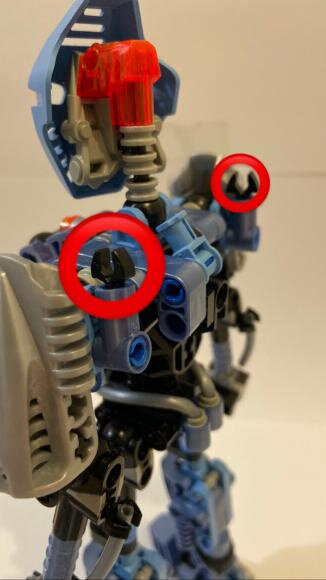 Speaking of the mace, I was torn between making one with a flail and one without a flail, so I made a dual function mace! 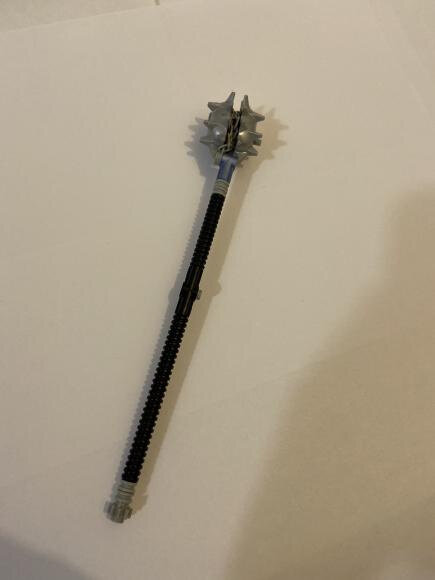 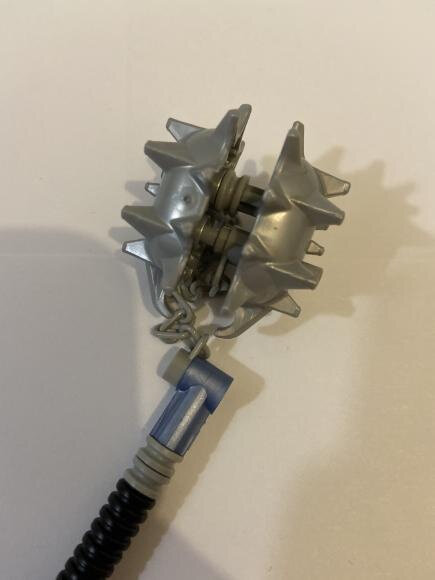 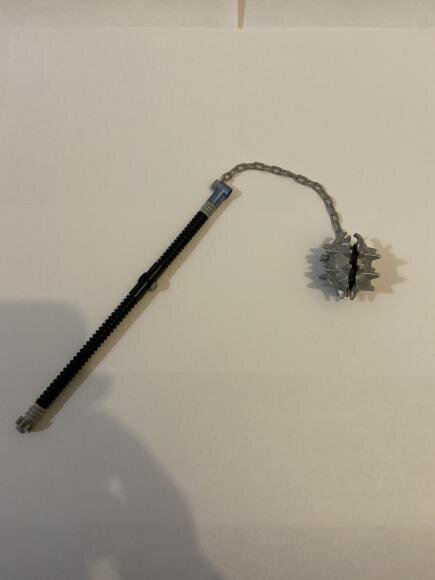 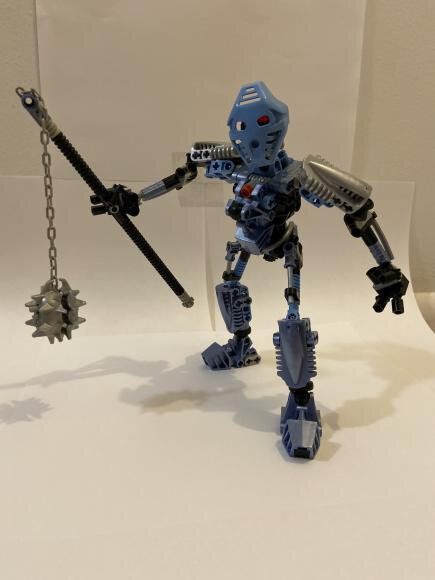 Here’s the sheild, I wanted to stick with the idea of pistons and an almost alienistic design, as Takanuva doesn’t recognize Helryx as a toa at first. 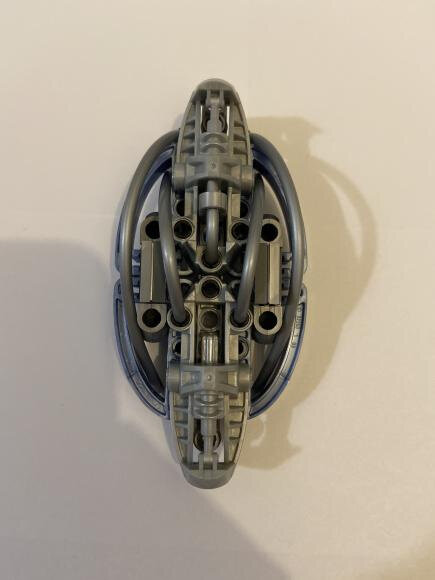 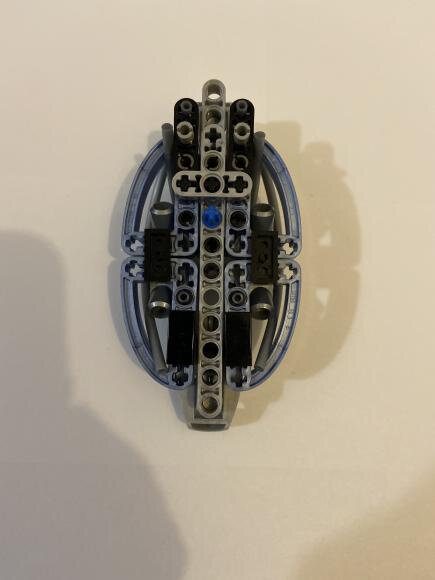 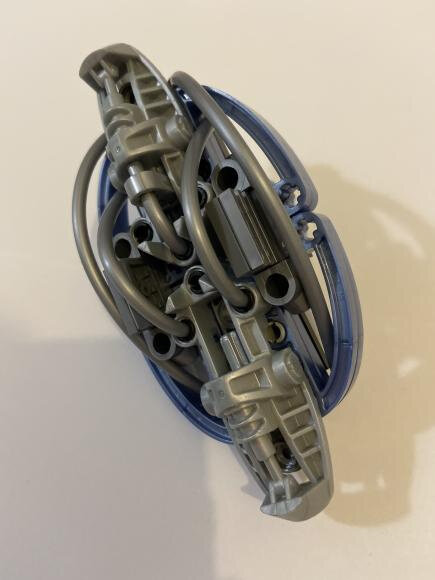 Size Comparison with Takanuva '03, Krakua, and Lhikan! I wanted Helryx’s build to look like a mix between a Mata build, Metru build, and a more technic build such as Krakua. I think I did a decent job considering what I was going for! 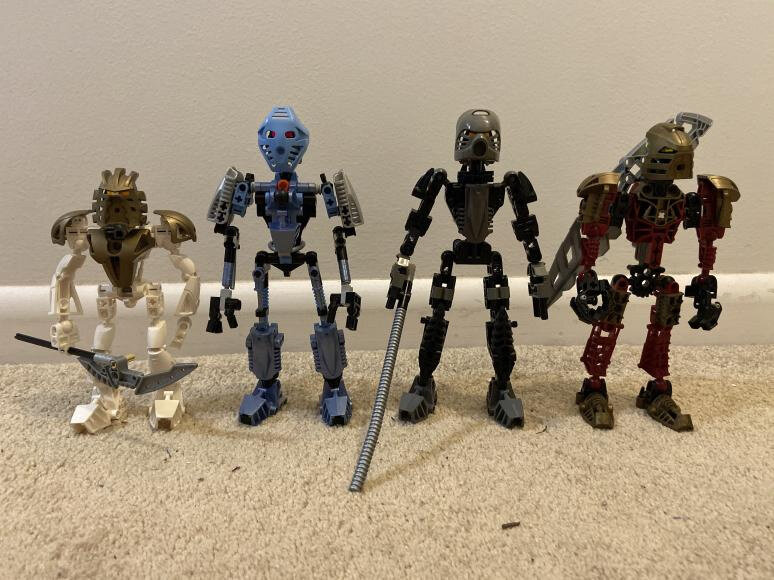 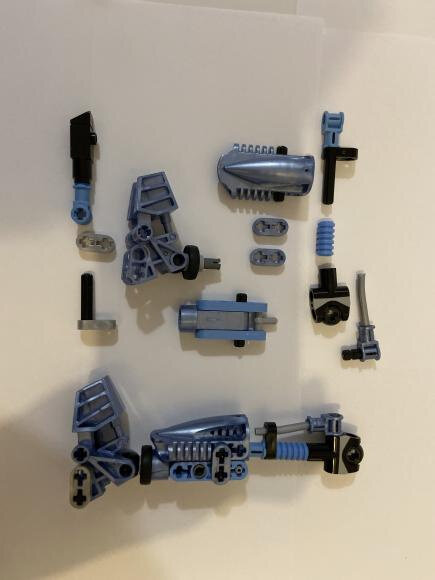 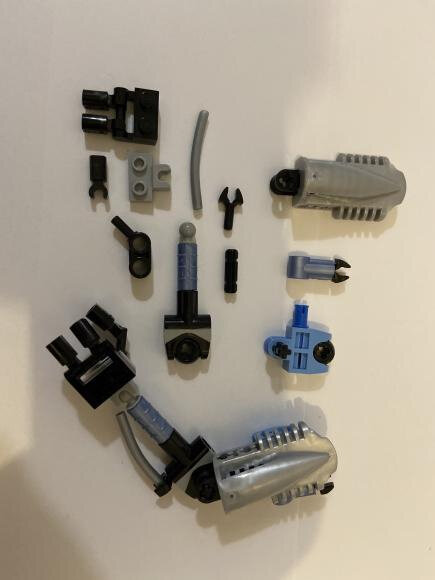 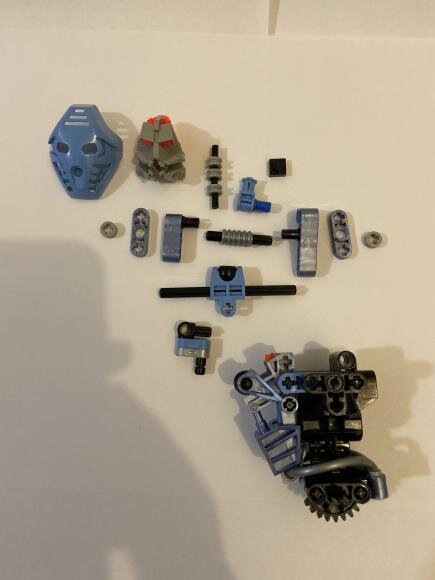 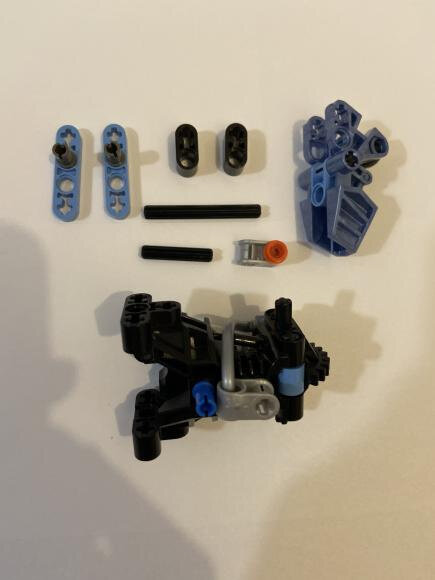 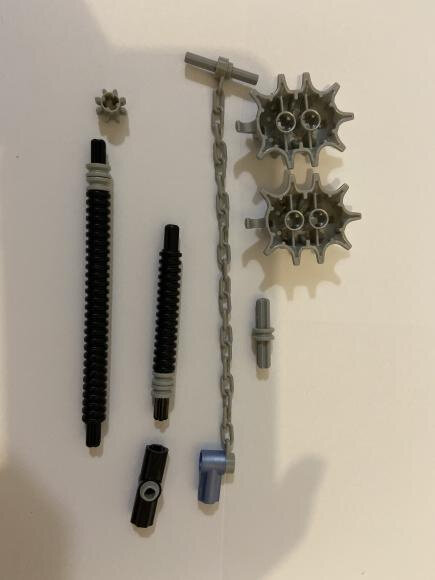 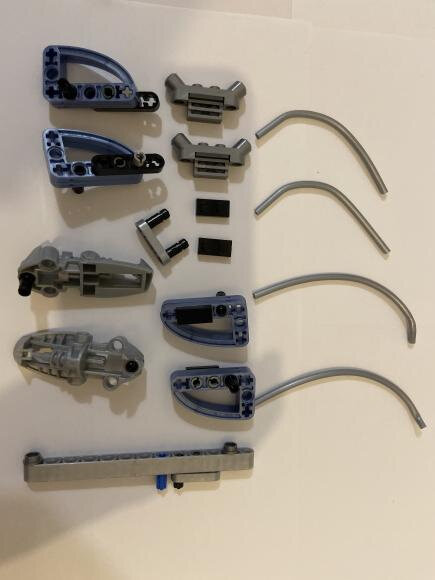 image435×580 41.2 KB
If my entry wins, I will make full instructions, a BL wanted list for reference, and I will photograph my Helryx with the winning custom designed Kanohi! 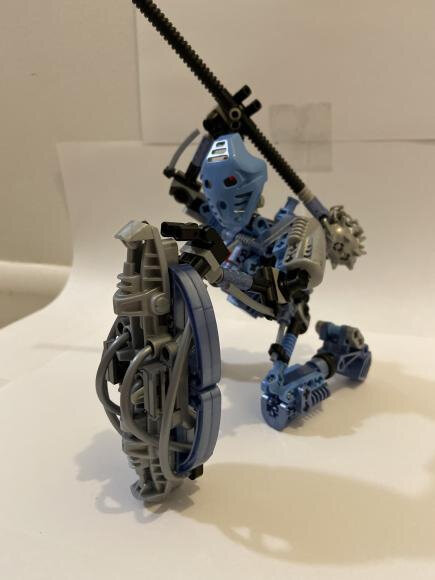 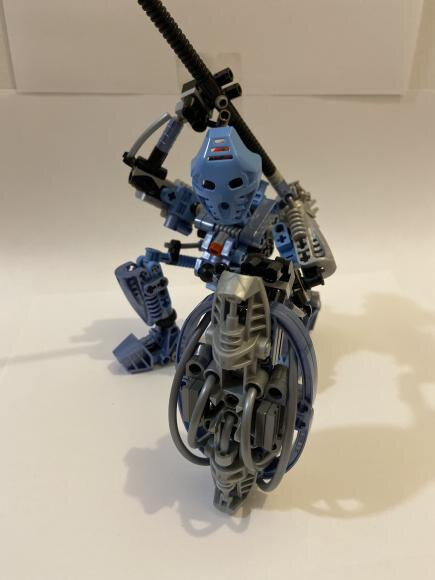 Good luck to all who entered! I’d love to hear some feedback on my moc. Even though I might not win, and even though I rushed to finish this moc (started building this 3 days ago) I think I did a really great job and met all my goals. Joining this contest really helped me experiment with new building styles and I’m certain that I’ve developed a bit as a Bionicle moccist. What do you think?

I really love the balance of bright to metallic blue. And I love that shield design with the tubes, but I’m wondering, is it too heavy for her to hold higher up?

Thank you! She could hold it higher up, but it might just look awkward in a pose

I love the duel mode mace! I wish I had metallic blue.