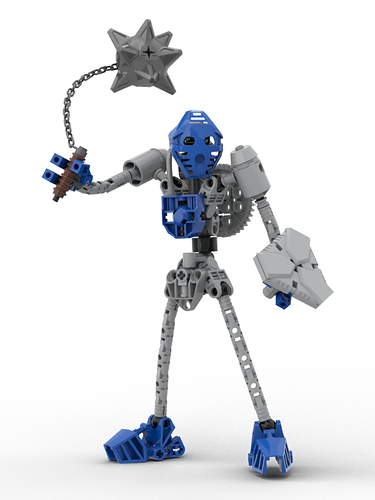 This is my moc of Noodle Helryx, my favorite version of Helryx so far. She is disturbingly thin and has a spike ball on chain and a shield. Her kanohi is shaped like the Pakari worn by one of her fallen comrades to pay tribute to them. She is beauty she is grace.

This should have been a submission because this is better than Hoseryx.

No it’s not baka

Joking aside I actually have been trying to post the burger emoji but I think it’s broken for me too.

Does she eat burgers? Anime girls eating burgers are cute

Kinda annoyed that this is actually a really good Helryx model in its own right… Very nice work!

yeah I’d take this as a legitimate entry.

Not sure why she needs three knees, though.

This is really cool!

I don’t like the giant bottle shoulders, but everything else is perfect.

Now this is genuinely cool.

The things that come from Hoseryx can be genuinely cool. A lot of the art surrounding her is cool, but that’s because they take artistic liberties with nearly the entire design. I know the art I want to make of her will be drastically altered.

I get that some people think she’s actually an accurate representation, which is true to some degree, but only from the most literal sense. This seems to have shifted, which makes no sense to me, but the entire point of the original meme was on par with that of Good Guy: she’s funny because she’s ugly, weird, and just bad-looking.

Everyone’s within their own right to like what they like, but to me anything that requires the degree of alteration or reinvention that Hoseryx inspires around her holy visage is something inherently ill-designed.

TL;DR Hoseryx is such an empty, blank slate people have to radically reinvent her to make it something with substance, to me at least. 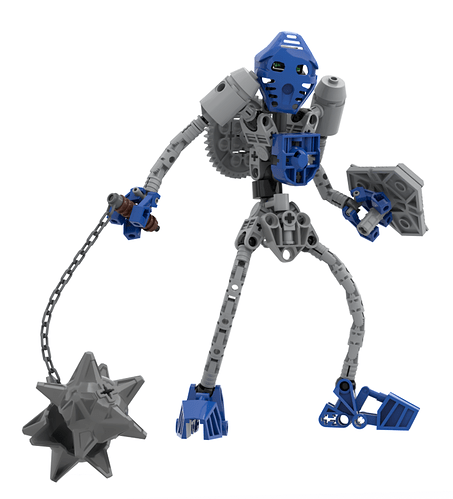 I wanted to render my Noodle Girl in a different pose

Forgot to mention how that is a flail, not a mace.

a flail is just a floppy mace