Helryx, Toa of Water and Leader of the Order of Mata Nui. My submission for (BIONICLE Canon Contest #1: The First) 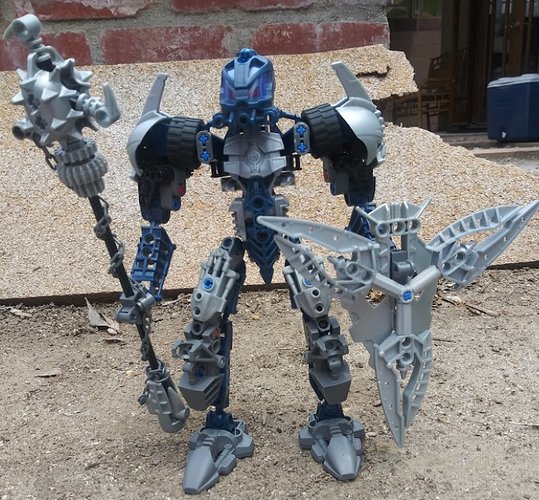 This is my version of Helryx for the Canonization Contest. Helryx is the Leader of the Order of Mata Nui and the first Toa ever created by the Great Beings. In addition to her dedication to good and her skills as a leader, she is sharp, determined, impatient and quick to anger. I tried to capture not only her age and world-weariness, but also her fire, her power, and her confidence. I wanted her to be slim, but still built. Her weaponry, a spiked mace and a shield, reflect her blunt and aggressive personality. This is a being who cares enough about doing the right thing that she is willing to sacrifice the entire universe to do so. Her immense amount of inner strength to make such a call should be reflected in her outer strength as well.

In addition to her inner character traits, I wanted to make her comparable to other Toa in terms of size and build. Helryx’s description of being “frail” was, according to Greg, due to the decidedly long amount of time spent as a warrior, not by design. Therefore, I wanted to make a character that while simple and thin (due to her being the first Toa), still looks like a mighty warrior with the strength to take on much stronger opponents than she. Remember, she isn’t a prototype Toa, she’s the first Toa. Her primary color is Metru Blue, with Silver for the armor and Black for the highlights. I also wanted the build to look like it could’ve been a set you could buy on shelves. The build is based around simplicity, with enough special build elements to set her apart from other Toa. 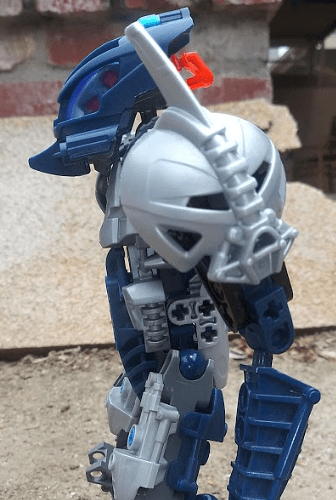 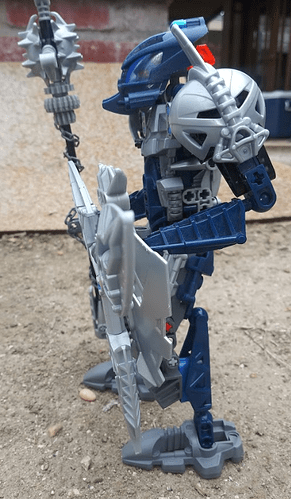 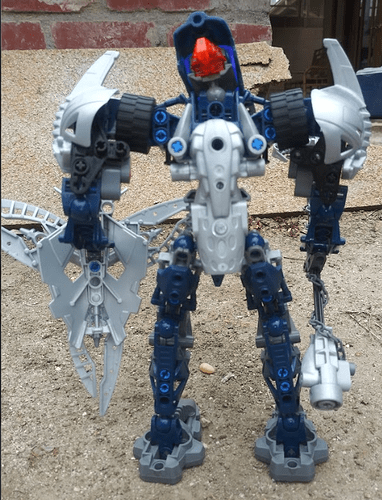 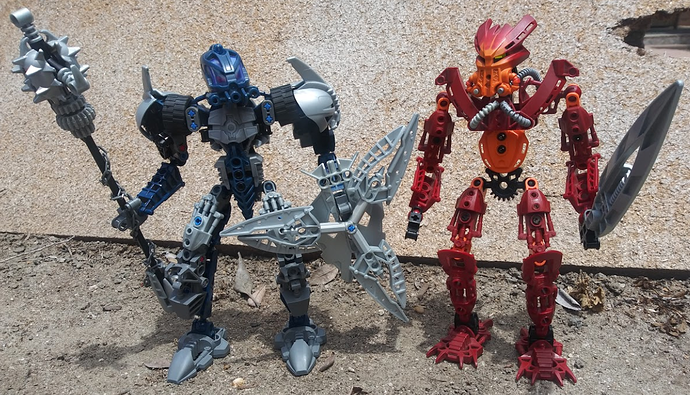 Screenshot (146).png1224×702 1.53 MB
A size comparison of Helryx next to Jaller. I purposefully landed on a design that keeps her a similar size with other cannister Toa of the Ignition Trilogy. 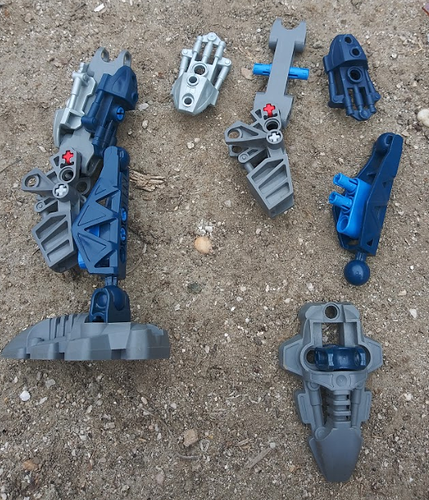 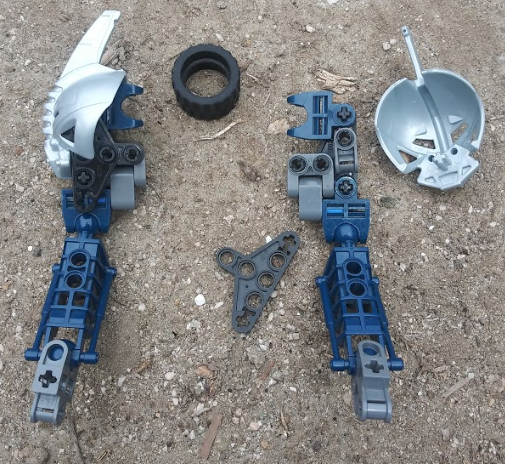 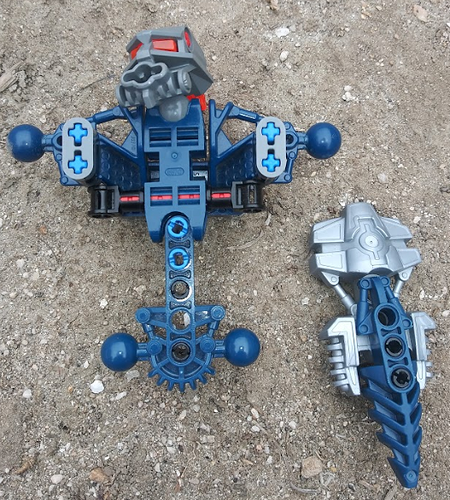 Screenshot (158).png527×585 593 KB
Breakdowns of the arms, legs, and chest design. One technique I utilized was to make it so certain parts of her, such as her lower back armor and her head connection point, are not actually attached via axles or pins. They are held in place by other pieces, such as her chest armor. 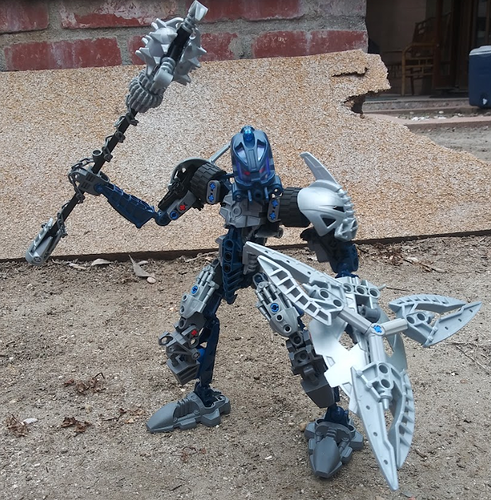 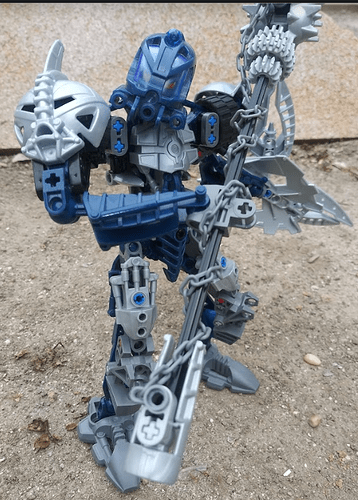 Screenshot (160).png513×715 601 KB
I made a version of the character that captures her essence. An older, worn-out hero who by now should be tired and at the end of her fighting career, and yet has not lost a bit of her power and her fire. Her size and build indicates her status as a Toa, and she still looks like an effective warrior who led the Order of Mata Nui.

The full gallery of images can be viewed at https://imgur.com/gallery/uxEtoOq. Thoughts and feedback are always welcome. Good luck to all, and Long Live the Great Spirit!

Shoutout to reddit user u/Henry_The_Duck for advising me on the build throughout its process. Couldn’t have done it without him!

For the record, however, I am better than him at Jeopardy.

I like it, but I think the fact that the moc looks more jacked than 2015 Onua doesn’t quite fit the descriptions of Helryx given. Although, Toa of water have never really been portrayed differently than the others, so what do I know. Still, pretty solid! I like the shoulder design.

I agree with your interpretation of her as looking strong and being able to take on anything.