How Has BIONICLE Changed You?

I could say I lived by the 3 virtues for 2 years. It was my childhood with transformers and Star Wars. It made me get friends who’d I never thought had anything in common. And now it may be sproutin up in my grade. It was the greatest part of my childhood I will never forget it and now with it’s return I’m super happy.

Well I didn’t know that. I don’t really watch the Channel super close and Only just recently discovered it. Their videos are kinda boring cause it’s just them sitting there talking for a while, and they’re never short or concise when they do a video on anything. So I tend not to watch them.

Also, that still doesn’t change the fact that I Still want to see them reply here, in writing, where they can clearly write out their answers.

Oh, that’s understandable. Yeah, I apologize if I came off as kinda like a colossal tool while pointing that out. >.>

Thanks for pointing that out.

Bionicle impacted me as I learned a few life lessons from the story (the needs of the many out-weigh the needs of the few). But it’s only within the last three years that I’ve actively engaged in my childhood past time of world building. It’s helped encourage me to develop my writing style (helpful because SAT essays).

Imma reply again, because I just sorta puzzled something out.

So, I’m not sure if this is a change, or a side-effect of liking BIONICLE as much as do, but I feel as though I’ve never really found anyone else who really connects with it, or really anything else for that matter, the way I do. I constantly want to talk about it and it’s awesome and interesting facets, but when I’m asked to write an essay about something I really like, or something I feel strongly about, I avoid the topic altogether. It’s the same with my friends, most of whom don’t even know BIONICLE existed/exists, but I feel increasingly reluctant to bring it up. I don’t think anyone’s ever even seen my collection or parts bins and stuff.

Even though it’s a defining characteristic of me, I have literally only shared it with one IRL friend, and now we don’t talk anymore. (Note: the not talking thing is not an effect of my sharing my feelings on BIONICLE, but the result of an entirely different personal thing.) Nobody really knows much about the theme and what it means to me, except you guys. Which is weird if you think about it.

So, to keep this on topic, (hahahahaha kill me now.) I guess another change would be that BIONICLE simultaneously made me feel isolated and open.

So, to keep this on topic, (hahahahaha kill me now.) I guess another change would be that BIONICLE simultaneously made me feel isolated and open.

You made me think of someone on an island with a cellphone.

Not many people visit him there, but he has conversations with people about the island all the time.

Then we find out the island is Mata Nui!

Then we find out that he’s Tahu.

Tahu has four letters in his name.

And four has four letters in its word.

And word has four letters in its noun.

I just discovered this topic, and I’m gonna be pretty honest, BIONICLE didn’t change me that much as a kid. I only recently rediscovered it. Like less than six months ago. And I discovered TTV on accident. I feel like BIONICLE changed me more recently. My childhood wasn’t as influenced by it as much as Star Wars or stuff like that…

I have become much more creative and I have discovered lots of building techniques, which I still use now-a-days.

Bionicle taught me a lot, it basically turned me into who I am today, it taught me that there are times when you just can’t win, sometimes there is no easy way out, not everything is fine and dandy and that people can die, even your heroes can be corrupted, but onto less depressing stuff, it taught me the 3 virtues, which I still live by to this day, I made a lot of friends who I would not know if not for Bionicle, it got me into music, drawing, paying attention to detail, reading at all for that matter, comics, writing, and being a part of a community, I’m so happy I did experience it, and now that it has come back I think I’m happier than I have been in 4 years

I love how everyone has these crazy, life-changing stories about BIONICLE, and yet here I am straining to come up with anything BIONICLE did for me that some other franchise/storyline didn’t do first or better. Oh well…

How has Bionicle changed me?

I would probably be an Otaku Weeaboo loser who spends even more time on the computer doing absolutely nothing creative or beneficial to society. 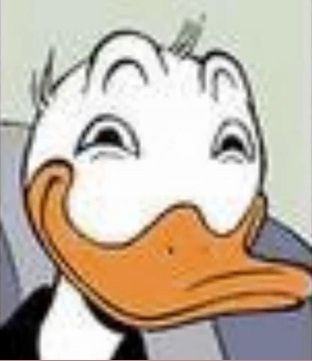 Implying you’re not one already

Ever since Bionicle I’ve always been story driven. The drive for plot and adventure has helped me no end through education and life in general.

I think I could say BIONICLE was the only thing I really got invested in as a kid storywise. I mean sure, I liked other media/franchises/stuff, but I never followed other stories like I did with BIONICLE. Honestly the story, the comics in particular was the thing I was most invested in. I would always look forward to the next issue to see what happened next. (Plus the movies! That was so hype back in the day!) And the little teasers for the next year. I remember the Phantoka teasers and being super excited for “the final battle” [that wasn’t really the final battle -_-)
I’m really glad I wasn’t in the BIONICLE online community back then, actually. Otherwise I might have been spoiled for the next wave…

Without Bionicle I wouldn’t be such a loser. Thanks, Denmark.

These kinds of things are supposed to be my lines.

get out out of my life.

Well, Bionicle was the first toy line I was really into. It’s all about G1 down below.
It taught me to be involved, to search and looks for details. It’s philosophy was also a bit important to me as for a child, because Bionicle carries a good values, even with our basic three virtues, these are pretty important things.
It also showed me how big and complex a toyline could be. It seems to be simple, but so much things are hidden inside, so many stories and twists, so many characters places and events. It is just bigger in scale than any toyline of the past and today, it’s a real world.

It also affected me as an artist, of how robotic stuff looks and feels, how story and it’s mystery are build up.
When I search for inspiration, Bionicle is one of the first things I refer to. Thanks to Faber here.

Bionicle was there for me when I was on the streets… I used to be a street performer and he was the first person to flick me a coin, after that my whole life was about him.
Like I was in some dream or something…jk It taught me how to be creative and do crap like stuff IDK.

I love how everyone has these crazy, life-changing stories about BIONICLE, and yet here I am straining to come up with anything BIONICLE did for me that some other franchise/storyline didn’t do first or better. Oh well…

Okay, now I’ve got something! BIO-MOCing has taught me how to evaluate creations aesthetically. It has taught me a lot about matching motifs/textures, modelling human proportions and contrasting/complementing colour schemes.