How was Jaller brought back in Mask of Light theories

hey lets post theories better than what was in acually cannon

“Takutanuva infused a portion of his own life force into the mask, reviving Jaller.”-BioSector01

Well he is a robot so…

So now Jaller is a horcrux for Takanuva?

Theory 2: You all know how the gold-skinned being had the ability to create anything anyone wished? I think that being a protodermis fusion grants near-Great Being levels of powers, and seeing as how Takutanuva was a protodermis fusion, he had the ability to bring any matoran back to life he wanted to, maybe he even saw that it was Jaller’s destiny to become a Toa, and the future plot convenience force told him “Hey, Jaller needs to be brought back to life, here you can bring him back to life if you want to. Just do it before a few months pass. Oh and you also have only a few seconds to live. Bye!”

The power of Ekimu…wait.
No, but seriously 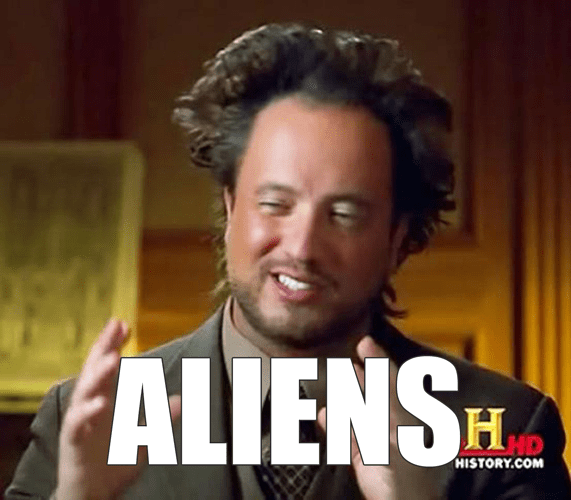 No, but, actually seriously, I have no clue. I just went with it.

Obviously Jaller was an early test-subject for the Tahiti Protocol. Takutanuva was SHIELD’s earliest attempt at utilizing the Kree blood.

a petty good attempt at that (went better then Coulson anyways)

I hated Jaller so…
/s
Maybe his soul or something was stored in his mask, and with the power of the virtues, he was revived?
I dunno.

Jaller’s revival can easily be explained by Takutanuva’s god-like abilities provided by Makuta. It’s Takanuva’s resurrection that always bugged me.

Okay here is one!

His mask had his imprint on it. so Takutanuva just had to amp that up a bit…

I always did think it worked like TF animated, where you could transfer souls/sparks between bodies or make new bodies

But wouldn’t that require ripping out their heartstone?

Oh so Aliens are allowed to be posted, but Raptor Jesus isnt. Blasphemy!

Because he had to fulfill his destiny, could of been the great beings. Also the makuta can create life. I think that the red star also had something to do with it. Another idea I had when I was young was that if a toa had the power of both light and darkness they could bring back life. But both Jaller and Takanuva had not at that point completed their destinies, which they had to do. In the end its all about their ability to do their duty in order to complete their destiny. Also don’t bring up Matoro because he already fulfilled his destiny so he has no reason to come back.

Makuta created a “shadow Matoran” of him (similar to a shadow Toa), and then Takanuva purified him with light, and the imprint on the mask provided a blueprint for his new soul/AI.

Makes about as much sense as any other explanation, I guess.