I tried revamping Icarax a little, and I first started with what looked rather like a huge Kraata, which then got steadily longer and longer until I finally had the idea to turn it into a Hydralisk from Starcraft. I don’t really have good progress pictures, so I’ll post the finished product. 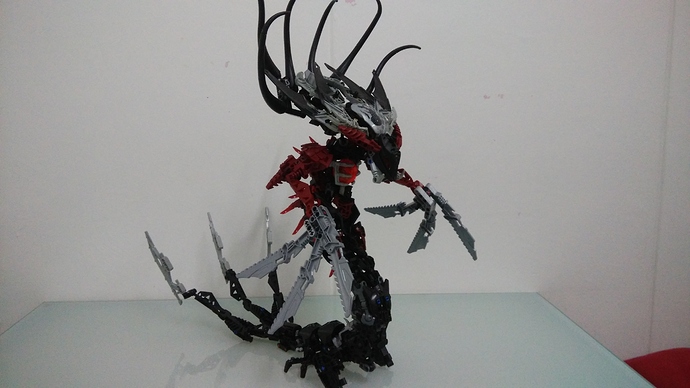 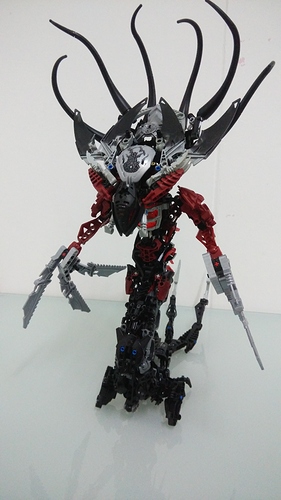 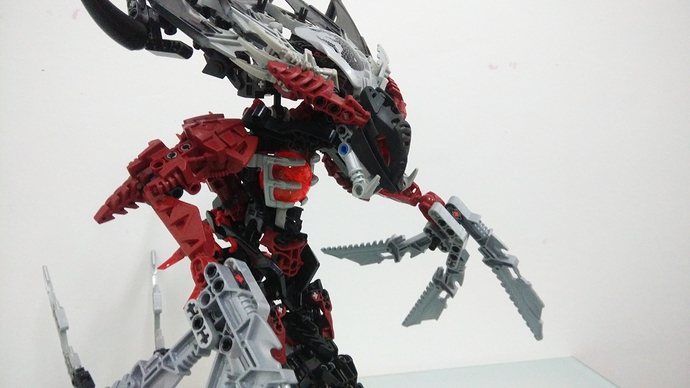 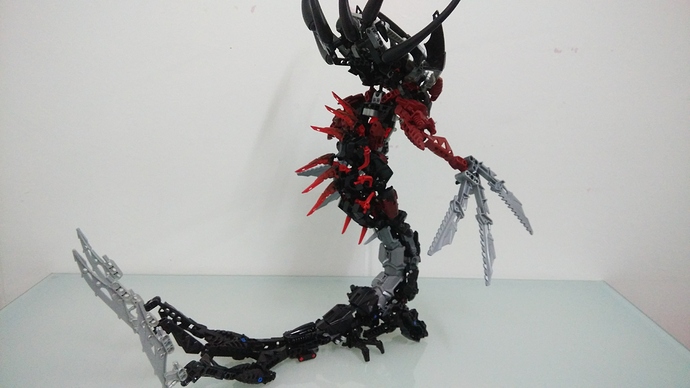 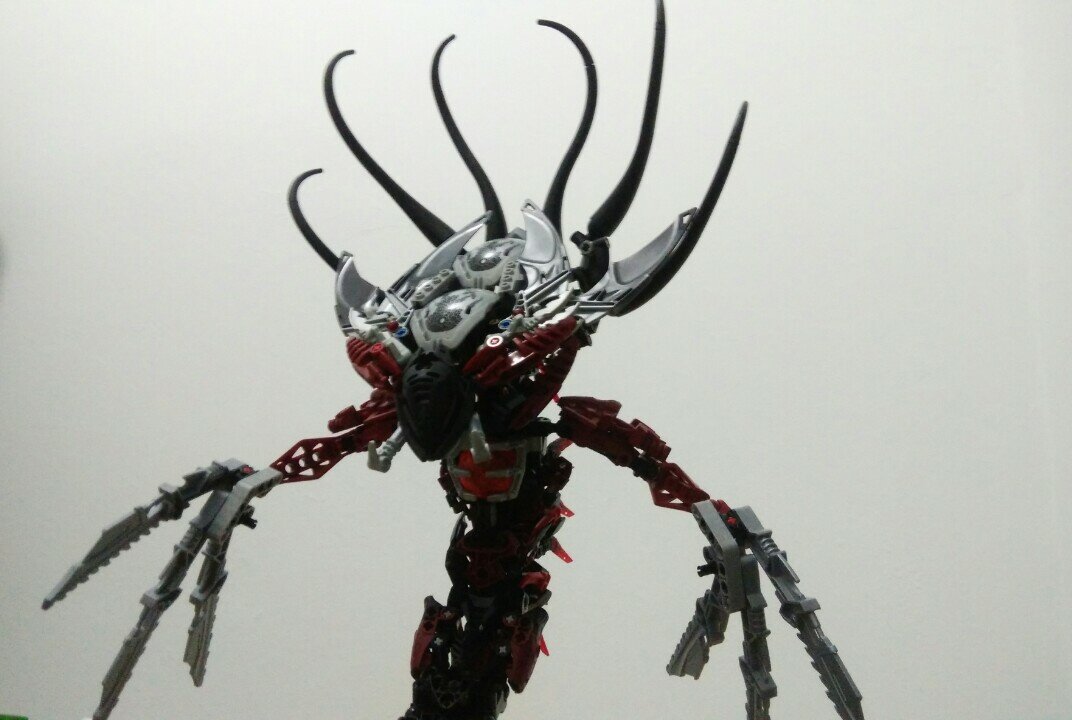 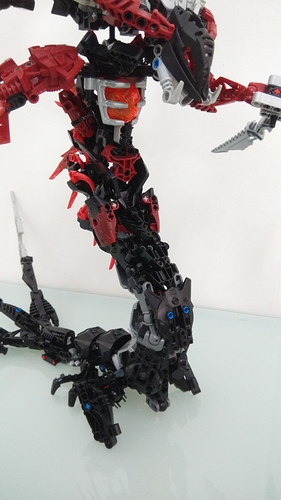 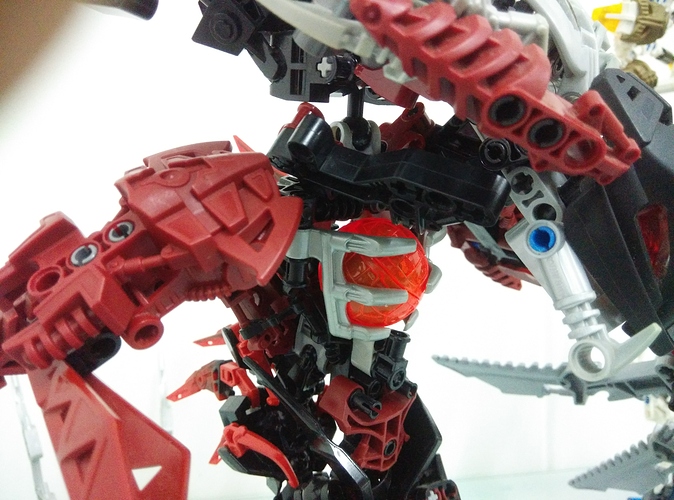 Wow, that looks really awesome. Love the unique look of it.

This moc seems to be pretty cool. The only think I don’t like is that fact that you put too much silver in the head. Also, you should add more Metru Red in the tail/body. And do something with that open pins!!!

For as simple of a MOC (in the scale of building capabilities) this is really well-done. Keep up the good work!

Yeah, I know my skills are especially lacking when it comes to using small parts and creating custom torsos or limbs, so I’m covering for them by simply going bigger. Especially since I kept entire Makuta torso piece intact, complete with Tridax Pod - I’ll admit I was lazy as hell there. I ran out of black torso shells (apparently the one I needed came only with Hero Factory’s Core Hunter) for the area near the bottom of the body, so there’s a rather unsightly patch of silver ones which I have more of.

This moc seems to be pretty cool. The only think I don’t like is that fact that you put too much silver in the head. Also, you should add more Metru Red in the tail/body. And do something with that open pins!!!

I’ve been trying to get a hold of more black Bohrok headplates to replace the silver ones, but it’s hard to find a seller that has even most of what I want. But yes, I do agree that using the Nuhvok-Kal’s headplates isn’t really the best of choices, but hey, at least there’s some black on it.

This thing neeeeds a moc spotlight

The tail looks gapy at the end and kinda slapped together

That’s a well-done Hydralisk MOC, I like it very much.

Hi! I made a video showvase of your Moc on my Youtube channel, check it out here: https://www.youtube.com/watch?v=JqR53xys5gE

Thank you very much for featuring my MOC. I wasn’t expecting it at all.
If I were to criticise my own moc, I’d first say that the colour scheme isn’t all that great - there’s a sudden patch of silver HF torso shells at the bottom which should be black, but I have insufficient parts. The empty-looking neck is actually supported by the black parts (those that made up part of the heads of Bohrok), but at that angle, one would see right inside it, so I’ll agree that I should have covered it up more.

The MOC itself is actually quite poseable, and with clever use of the ‘feet’ at the bottom and the arms as a counterweight, I can twist the torso to take up a striking position, but it’s quite rigid due to the doubling of the CCBS bones which made up the structure of the lower torso. Lengthening the tail actually doesn’t help because nearly all of the weight problems start from the head and can only be countered by adding more weight to the upper torso or making it curve back more. I actually didn’t think much of the exposed pins, since I’m still very much used to traditional builds, but it’s a valid point, and I’ll improve on that.

Thanks once again for the praise and criticisms, and for featuring it for the first episode you’ve made in a while!