Hello message board people! You see, I’m getting a Youtube channel set up right now, so I thought it would be good to get my name out there. So, I thought, what better way is there to do that than showing off my self moc? So, here he is!

Nekidax was originally a member of the Brotherhood of Makuta (being one himself), but he was so objectively terrible at being a Makuta that the Brotherhood banished him to an (undecided) island so as he couldn’t ruin anything else. He wears a copy of Takanuva’s Avohkii, strong enough to subdue his shadow powers, but weak enough that he can’t control Light. The removal of his shadow powers is self-imposed, as he wishes to forget his Makuta past. 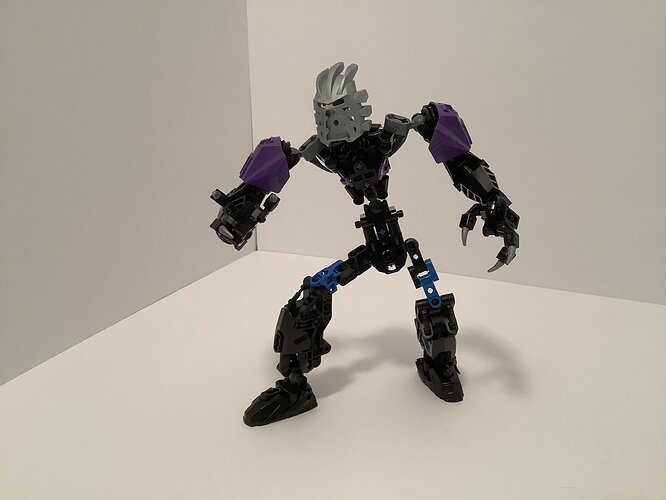 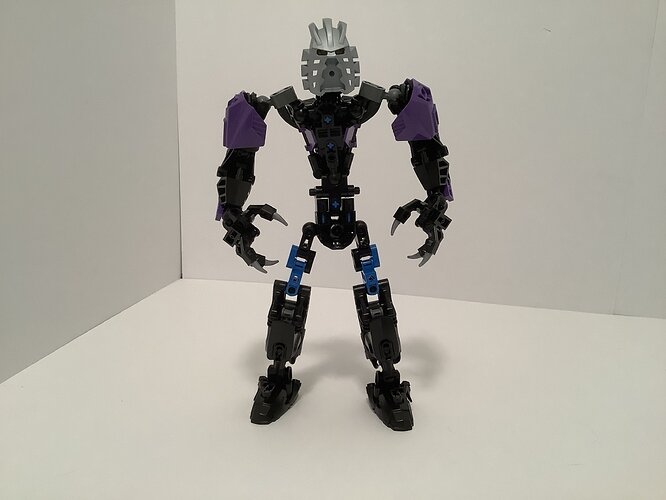 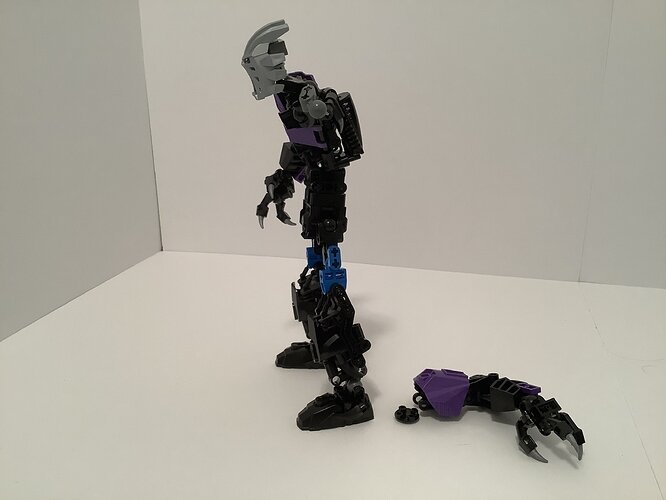 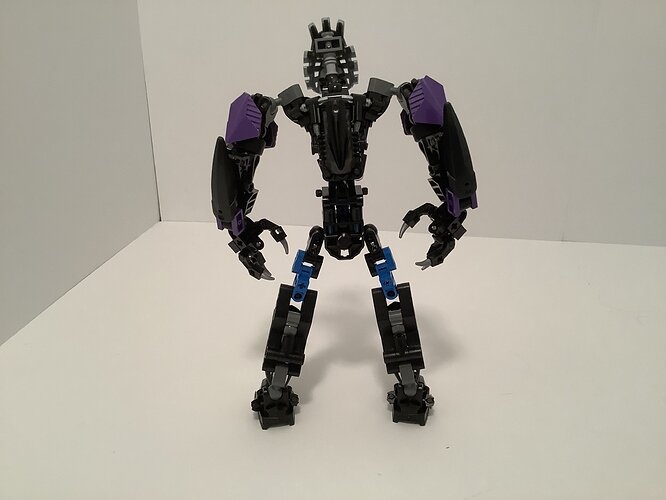 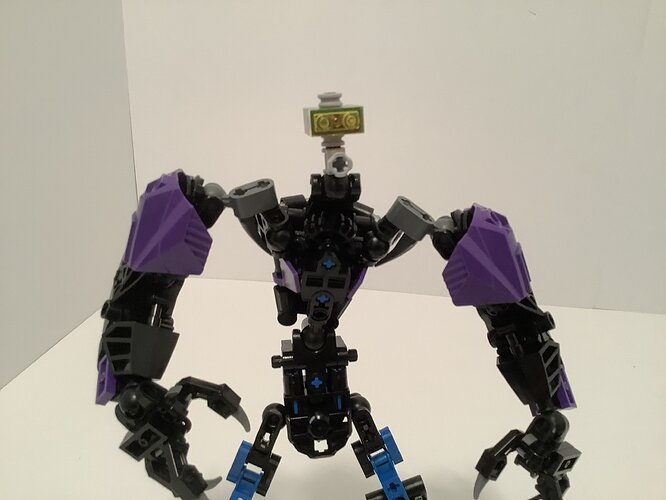 Well, That’s Fracture for you. Just so you know, Nekidax is his name in (my) canon, and Fracture is his name outside of the story.
About the name of the island he was banished too, I was wondering if anyone had an island from their story, or an underused one from main story canon that I could use. My reasoning behind this is that I think there is way too many islands across everyone’s stories, and I don’t think we really need any more. Think of it this way: if every island from everyone’s stories was part of the Mata Nui robot, he would look a lot more like Gaardus than a normal robot.
Sorry if I posted this in the wrong place. Once I get a video posted, I’ll link the channel.

Shins have a big gap that should be covered up from the front.

Torso works, with the exception of the shoulders that are slapped on top. They ought to be covered up somehow.

I think the color choice is fitting for a repentant Makuta, but you need to spread those colors out a bit more across the build.

Overall I like this, but the upper legs need armoring and the blue looks slightly out of place. I quite like the way the torso’s put together, but the shoulders are way to far apart, in my opinion.

The build is really solid, I especially like the upper torso construction. I can only complain about the coloration and construction of the upper legs, they are too thin, blue colour seems unnecessary.

I also like your mask choice. A Makuta wearing Avohkii to restrict his shadow powers is such a great and unique idea!

And about the island. There is one in my story that could work for your character. It is an island that was accidentally formed long after the creation of Mata Nui himself, so it is uninhabited. It was first discovered by the Makuta Brotherhood, since then they used it as a junkyard for their non-working inventions and failed experiments. That’s where it’s name comes from (Makuta call it Mayhem). I think it’s a perfect place for their unsuccessful brother. I hope it will give you some ideas

I agree with most of what you said. The upper legs are probably the only part of him that I don’t like, and the only reason they look like that is that I had a thigh design in mind (Minion’s by Shadowgear6335, in particular) and I don’t have some of the necessary parts for it, so I was stalling till that. And with the blue, the original had a lot of light blue, so I wanted to keep some blue in the color scheme, but looking at him now, he would need a lot more of it to look consistent. With the shoulders, they do likely need some improvement as well. Thanks for the feedback!

Glad you like it! It seems that a consistent issue everyone has with him is the upper legs, so I’m probably gonna change them. With the blue, like I said with another response to someone else’s comment, blue was part of the original color scheme, so I wanted to keep it. With the island from your story, the only issue is that it’s uninhabited. A (kinda)Toa needs Matoran to protect, my friend! But, if I actually get to writing a story and I’m able to figure out some loophole to the uninhabited part, I might get back to you. Thanks for the offer!

@Hawkflight
Nothing to be said on this reply that I haven’t already said, as in I agree with everything you said. I had just replied to the other two, so I felt obliged to reply to this one, too. Don’t take that to mean I don’t appreciate your feedback, though. I just didn’t want to say what had already been said, that’s all.
Also, it just gave me a notification that I could’ve just done all of these as one reply, so sorry to anyone reading this in the future. I’m new here.

And yeah, ‘double posting’ is frowned on here. You can quote different posts to reply to them when you need to respond to multiple people simultaneously.