So I have a confession.

I have fallen in love with the little Mixel fellows. They're just so cute! As such, I have a little something for you that I threw together last night. so I made a Self-Mixel

Which is funny because I don't own any real Mixels as of now. His eyes are a substitute that wasn't originally going to be kept, but you know, I kinda like them. Also, it may or may not be obvious, but his design is partially inspired by the Fell Beasts/Fell Dragons from Lord of the Rings. A better shot of him. I know that he may seem odd as a Mixel, because they're supposedly supposed to be colorful and fun looking, meanwhile this guy looks like something between a Naz'gul mount and a Five Nights at Freddy's animatronic. Well, I wanted him to be some sort of weapon ghost Mixel, hence all the transclear and the minifig weapons as decorations. Clearly he is lunging for a hamlogna sandwich, perhaps one held by @Hawkflight. Yes his neck is able to look to the side, thanks for asking.

Well, at the very least, thanks for looking! Now to get some real Mixels.....

Speaking of which, what tribe would you recommend?

Hmm, my personal tastes would persuade me to recommend either the Wiztastics or Frosticons, but whatever appeals to your tastes would be fine.

My current favorites are probably the purple dragon (Mesmo, I think), the little tan scorpion (ingeniously and totally creatively named Scorpi XD), and the bat shaped characters from the next series.

Mesmo is a Wiztastic, with his purple pals Wizwuz the Spider and Magnifo the Cyclops.

Trans dark blue and purple are great colors to have.

It was never my fault

After all, he's in Hamlognaville

Plus he has a Self-Mixel too.

Oh my grob Scorpi is AMAZING. 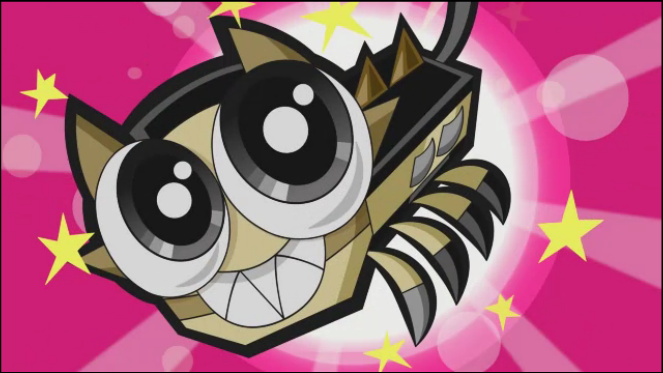 But anyway, back on topic, That is very cool. As for which tribe I recommend, well.... all of them. I own almost every Mixel from this year, and they are all so varied that it is hard to say. Personal preference is all I can say.

I want to make a meme out of that, but there's no room on the top or bottom for text. Take the picture again plz.

That came from Season 3 Episode 2 I believe. That's the full size picture :/

Yup! Weapons ghosts, to be specific.