(a bit of clarification, this is about the weapon, not the figure) 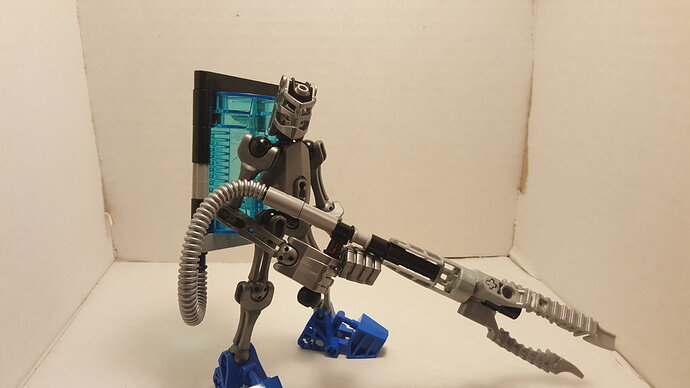 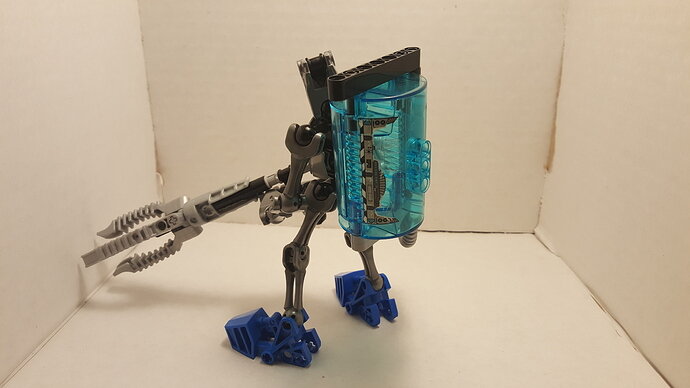 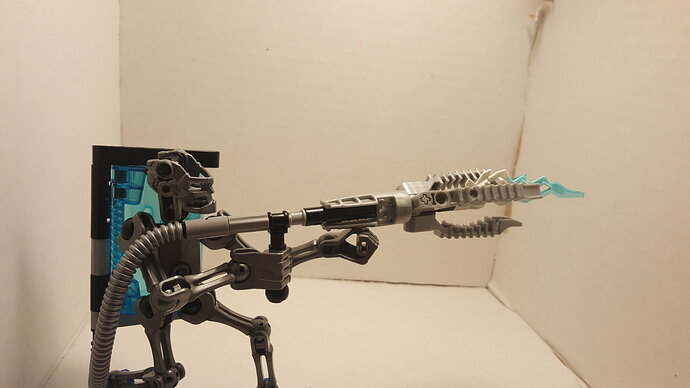 Name: LX-200 Frost propeller (or “Icy Joe”)
Description: The LX-200 is the final member of a long line of prestigious weapons. The LX series was a developed in the middle of the Second Element war, to great effect. It gained a reputation as a fearsome anti-vehicle weapon. it would cause the metal of enemy vehicles to become brittle, making them significantly easier to take out. Usually, users would freeze the weapons, then blast the side. They then bashed in the frozen section, capturing the crew alive, or if required, freezing the crew. The weapon functioned by drawing moisture out of the air, then propelling it forward, then adding liquid nitrogen to freeze it quickly. this has the obvious disadvantage of not functioning very well in a dry environment. The LX-200, the fourth member of the series, solved this problem, by introducing a large water tank, to be worn by the user. While normally this would be very heavy, but with the advent of Lehikarui hover technology, which has been implemented to decrease the weight born by the user. In addition, Kotilraki elemental manipulation technology, removes the necessity of liquid nitrogen, further increasing range and decreasing weight. The first battlefield test of the LX-200 model was resounding success, the heavy rollers that frequented the Polaen deserts, were rendered helpless by the chilling power of the LX-200.

From my element war storyline.

Comments and Crits are always welcome.

I like the use of the HF container piece, it’s not often that I see it being used.

This is about the only thing it can be used for really. Maybe some sort of armor for a huge build maybe. The problem is, for a container of fluid, blue is the most useful.

Thanks, that’s mostly the goal of the post. I use that figure for a few other weapons as well.