If in one of the future days,Toei and Bandai do team up with LEGO to form Kamen Rider constraction sets,will you buy them? If they make them and they're bad,will you still buy them?

For me,it's a yes. I would love to see them,especially their final forms. Think about it:Wizard Infinity with tons of transparent white armor pieces and a LEGO version of the Axcalibur. If you add in Infinity Dragon and Infinity Dragon Gold,that would be EPIC.

Fun Fact:My rebooted story for my current series:Leon's Shadow is based on Kamen Rider Gaim,with some differences. Bionicle 2015 is actually similar to Gaim as well.

What are your thoughts? Leave them below!

Bionicle 2015 is actually similar to Gaim as well.

All the Toa start off on the same side, and there's a clear bad guy and his evil army.

Gaim was not so straight-forward.

Tell me what sorts of new colors and molds they would have, then we'll talk I dunno what new molds, but if they took like, anything from the Heisei Era, we're guaranteed new colors and such.

The Mask Of Creation is like the forbidden fruit (or the golden fruit) that both give godlike powers to the one who gets it and granting the chance to dye the world in his/her image. The Mask Of Control is like the fake forbidden fruit which is not that powerful comparing to the first one. As for The Mask Of Ultimate Power,it's like the Yomotsu Heguri (Hell Fruit Lock Seed) that Professor Ryoma gave to Mitchy. However,it doesn't drain the user's life force,but takes over the user instead,which is the main difference.

The skull spiders are like the Inves,but taking off the virus that the Inves have. However,the Toa won't turn into the skull spiders,which is good. As for the Lord of Skull Spiders,it's like Roshuo,the Overlord King,except he thirsts for the power of The Mask Of Creation,instead of just needing it to save his wife(if he has one). However,he doesn't have the mask in hand. No skull spiders that represent Demushu,Redyue....etc,which is a bummer.

Each Toa's "Power Up" mode is kinda their Super Forms. Can't say they're Final Forms,because they're not really much of a difference from their original forms. Also,thanks to the golden colors the modes bring,it's actually like the Rising Forms of Kuuga.

Another fun fact I should add. Here are my thoughts of which Toa represents who in Gaim:

Sadly,there's currently no Toa that represents Kouta though.

I still can't see it, but perhaps add some spoiler marks for people like Takua and myself who are yet to finish it ;-;.
I see the Toa's power up's as Arms Changes.

only if we get Kamen Rider Recline

Those are the most superficial of similarities and some I don't even agree with. So yeah, I'm gonna say this is not the case.

I seriously doubt they'd make official sets, but MOCs would be cool to see if anyone is up for it.

I don't think that's possible. The main core to this is probably the helmets. Actually,Drive's Type Wild is possible to be made with the parts we have now,but the helmet just has to be there. I can't really imagine a Type Wild MOC with the Black Phantom helmet on it.

create something out of smaller pieces to resemble it, then

It's not easier said than done. Not that simple,dude. Are you that sure you can make an accurate scale of the helmet?

I didn't say I could do it but I will perpetually insist that it is possible - do you have a reference image for me? I'll do it if I have spare time 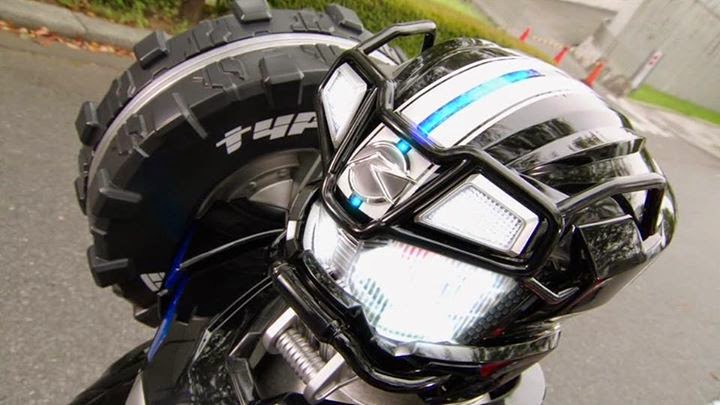 Drive Type-Wild's helmet, so much as I can find of it.

well, looks a bit better than the regular Drive

I'll give it a try if I have spare time/parts

It's OK. They're just my own opinions.

You see, I don't watch Kamen Rider or anything, but I think it'd be pretty neat, although impossible.

@wingphantom89 Well tahu looks like kashidoki arms so that may be Gaim.

Well, you see.
Lego isn't all that popular in Japan as it is in the west, so I highly doubt it. Also, Mega Blocks owned the rights to make KR Sets... That didn't go well. and based on that track record, it's impossible. consider also, the Sentai/Ranger Mega block failed sales.

Also probably some issue because of the Key to fun, Bandai.

If this were to happen, I would be able to die happy.

One thing LEGO could do is produce sets that would be targeted specifically at Tokusatsu collectors. Sorta how like MB does for gamers and the COD/Halo/Assassin's Creed lines. It could also be based around the new Kamen Rider Ghost series to try to make more merchandise and profit from that series.

Also, the sets could not only be sold on the LEGO shop but at major conventions and websites that primarily sell stuff for Otaku collectors.

Other than that, like what @BeefJStag said, I don't think it's very likely that it would be all too successful. :/