An ancient warlord from a place forgotten to time, Inannus ruled with an iron fist until his brother Modicius overthrew him, and banished him to the outskirts. 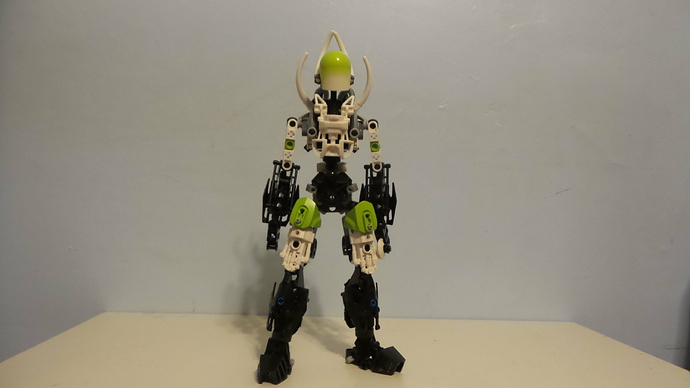 Once there, Inannus desperately searched for a way to regain his power. In the mountains, he found a glowing green gem, and in his megalomania, he attempted to fuse the gem into his crown in an attempt to strengthen his power. The gem however, reacted violently with his body, mutating him into a hideous version of his former self. The mutagen, fueled by his vanity, made him unable to see, and twisted his features, and gave him a third, hulking arm in between his shoulder blades. 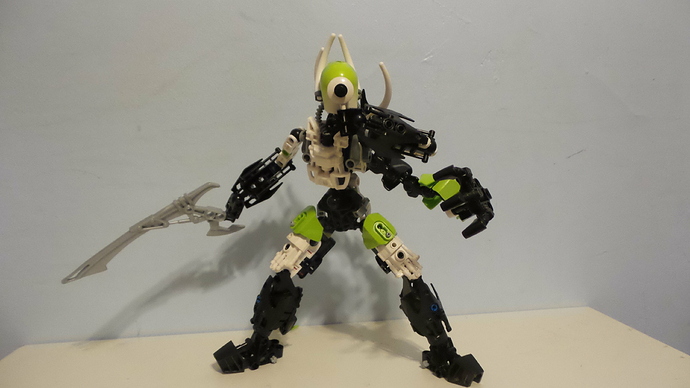 In his blind rage, he traveled to a nearby village, and sought out the power of a sage to reverse the process. Unfortunately, the sage could only provide one thing, a mirror with an eye in the middle, to allow him to see. Enraged, he attacked the village, fled into the woods, and was never heard from again. Some say that he still roams the mountain passes, attacking merchants, searching for the cure he so desperately wants. 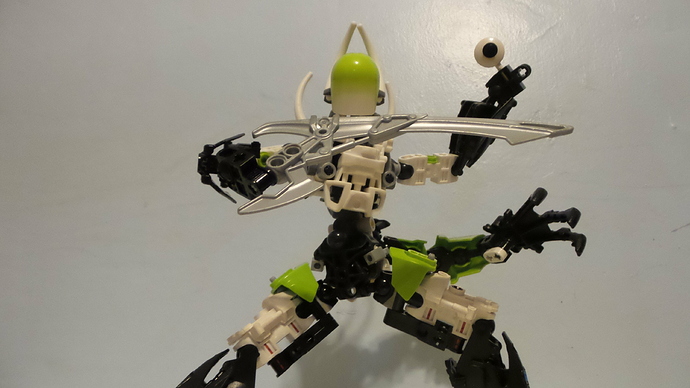 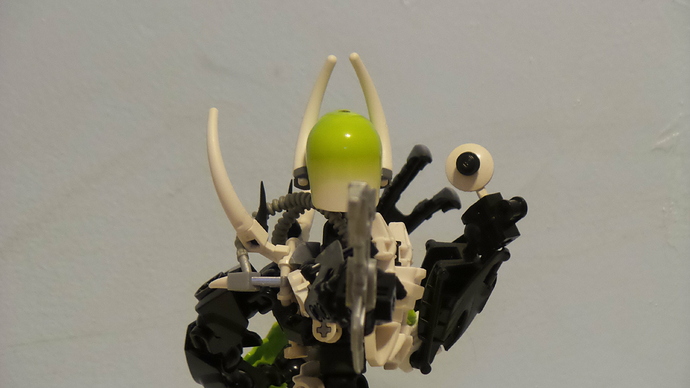 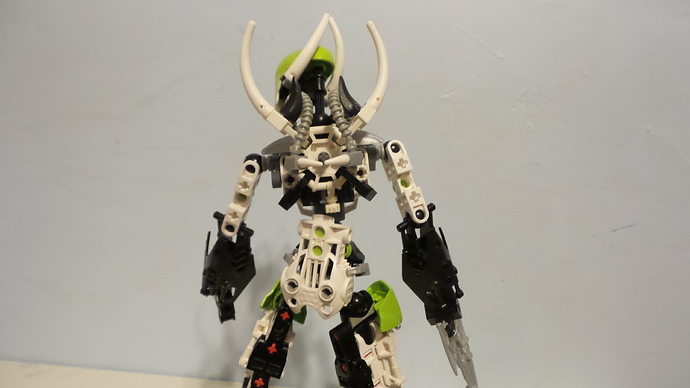 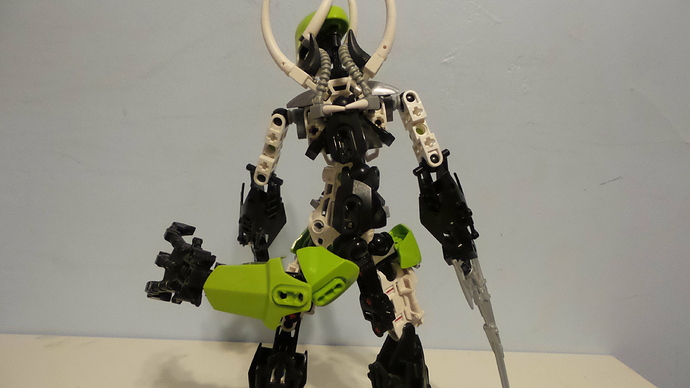 Originally I wanted this moc to be a villain for one of my former toa, but he eventually he developed a story of his own. The ideas started with the torso and the head,which would go to influence the color distribution of the rest of the moc.

Any suggestions or comments are deeply appreciated. Thanks!

Love the mirror eye idea! I can imagine him tossing it around to get a better view of things, or maybe holding it around corners!

Could go for a back view just to see the third arm better. Some of the poses make him look a little cluttered, so it would be good to see that.

Thanks @PakariNation99 , I added back pictures now.

Eh. A reference to somone you don’t know.