(Scroll all the way down for the mediafire download for the instructions!)

Greetings, lovely Bionicle community of the TTV message boards!
After G2 had ended, I felt a need of more sets, and I found most of my M.O.Cs to be rather complicated, and un-setlike.

I constructed a creature I thought wouldn’t be that much of a stretch to be an actual set that could come out for G2, and decided to make instructions for it.
I really enjoyed this layed back building style, not focusing on cramming in detail where ever I can, and simply looking at techniques used in official sets and expanding on them.
This sparked the idea for my project.

I’m making a line of M.O.Cs that try to replicate the feeling of a G2 Bionicle set, incorporating play features and the like, while having instructions, so I can provide the community with “sets” to build once again.

Think of it as a small scale un-official Bionicle wave you’ll have to build with your own pieces. 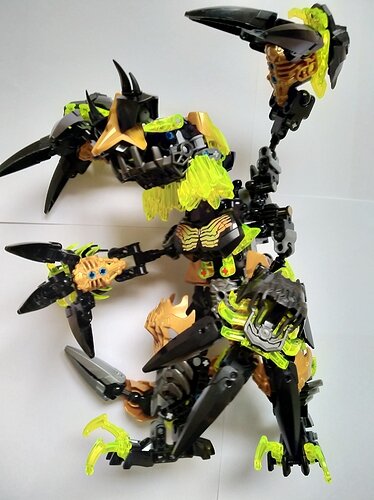 IMG_20200609_0757052999×4000 3.52 MB
The first set of this line is Ruaka, rahi of Stone.
This species of rahi masters the element of stone, and usually eat rocks, but are attracted to exposed minerals, which they will happily munch down upon.
This rahi obviously lives in the Wastelands of the Region of Stone. 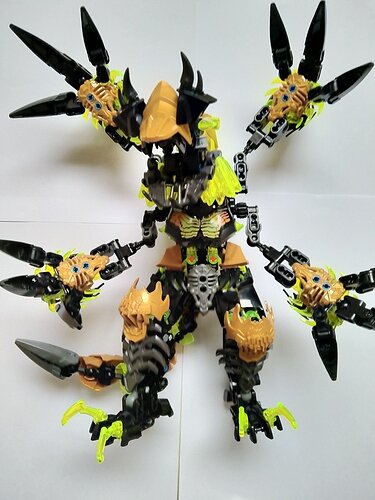 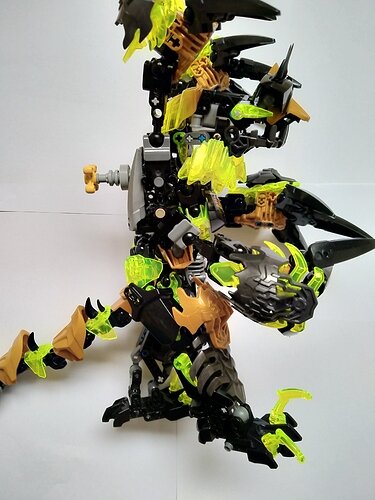 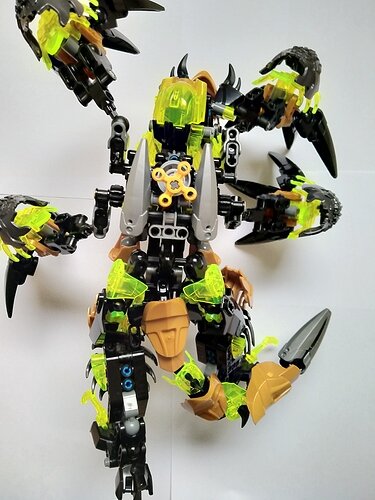 IMG202006090753283000×4000 2.09 MB
Now obviously as you can tell from the pictures, it features a function where you can make it slam with all four of its claws.
What you might not have seen, is the drained Golden Mask of Stone on its head, which is a callback to when rahi had masks on their body.
To replicate the play feature of the old sets, you can grab a skull spider, or skull scorpion, in this case, because the rahi lives in the Region of Stone, and replace the mask with the dastardly little critter. 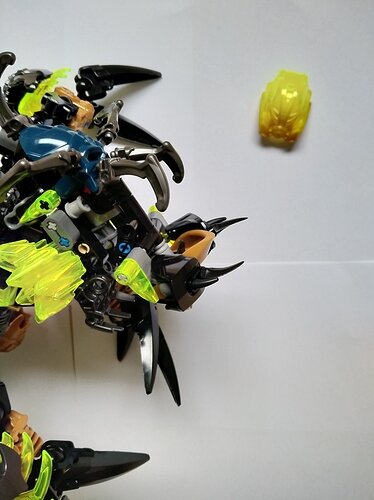 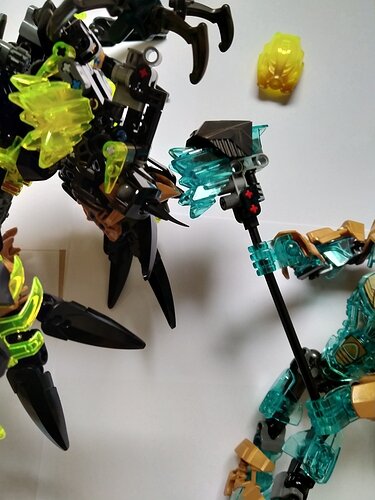 That’s all, folks!
I hope this little project of mine interests you, and if you are interested in building a Ruaka for yourself, (Caution, you’ll need two gunmetal ribcage ccbs shells, which are only featured in General Grievous and Umarak the Destroyer, both sets only having one. Most sets mentioned in the parts inventory are not necessarely needed, but as long as you have the parts.)
you can check out the mediafire download for the instructions.
No adfly, I don’t need money, I just want to do something out of passion for the community and Bionicle.
https://www.mediafire.com/file/m0a0ldunqdxagb5/[Instructions]_Ruaka%2C_rahi_of_stone_(definitive).pdf/file

I’ve always found the roleplay functionality of being able to defeat another set by punching off their kanohi, this is why I like the stud connected masks, and 2015’s reintegration of masks that can more easily pop off.
I appreciate the compliment!