I figured, with the tiny success of Inannus and Modicius, and their whole story as a whole, I might as well illustrate the map of which the story takes place. 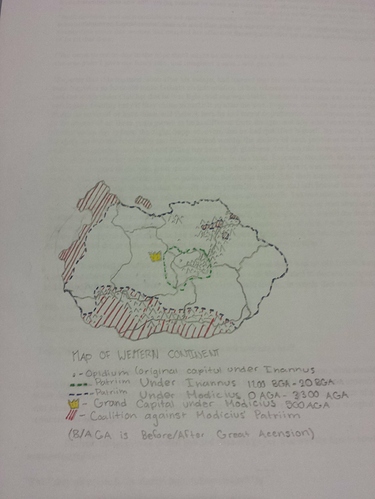 The parts below, if hard to read, are below:

And the BGA and AGA stand for Before and After the Great Ascension, where Modicius crowned himself Emperor.

With this, I wanted to show the difference between the two brothers, with Innanus holding small claims, and Modicius conquering almost the entire continent, and to help give possible routs of expansion for the story to go.

As usual, please leave comments or criticism, and I will address them below, good day!

Thanks! I felt like I could have added a little more detail, but couldn’t look too zoned out

Maybe that could be a possibility for the future? That is certainly not out of the question, just naming all of the places could get slightly annoying.