I can’t even begin to describe the hatred for the film adaptation of Dear Evan Hansen that was released this past September. Every critic, every YouTube reviewer tore it apart, and even fans of the musical didn’t seem that impressed. There were some people that liked it, but they were a minority. It’s a rather interesting contrast-the stage musical was a success, and it won several awards, but the movie was severely panned.

I’ve never seen the musical myself, but I just watched the movie for myself today. As someone who went in blind, without any real knowledge of the source material, well…the question of the topic is whether the movie’s really as bad as everyone says, and that’s not an easy question to answer.

To address the elephant in the room, one of the biggest criticisms of the movie was the miscasting of the lead character. Ben Platt, despite being in his late twenties, plays the seventeen-year-old Evan Hansen. And he’s, well… 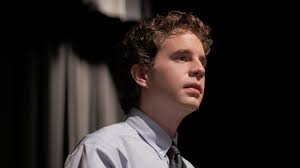 Every critic was absolutely right to quibble with this casting. Ben Platt looks WAY older than a high school senior. The makeup artists and wardrobe department were certainly trying, but there’s only so much they can do. Apparently one of the main appeals of having Ben Platt in the role was because he originated this role on Broadway. But even then: 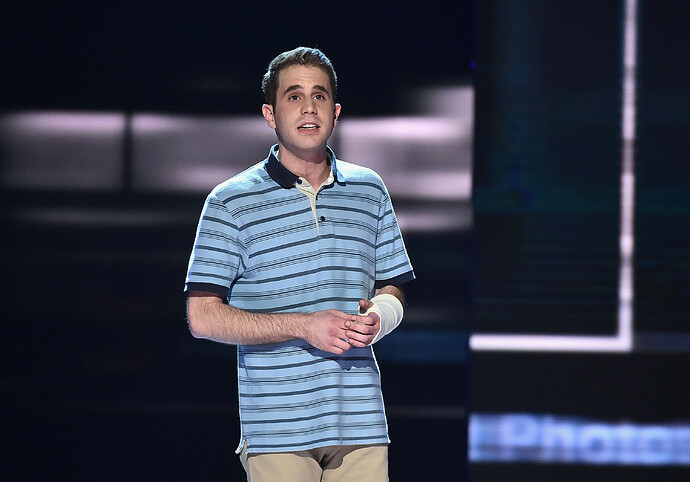 This may have been years before the movie, but he still doesn’t look like he’s seventeen, or even eighteen. It’s actually kind of funny that almost ten years ago, he played a college student in another movie (Pitch Perfect, I think it was? Please correct me if I’m wrong.), but now he’s playing a high school kid.

Side note: Ben Platt did not handle this criticism very well. He reminded everyone that Hollywood has been casting actors that are 25-30 as high school kids for years and citing Grease as an example. He failed to realize that this has been an issue for as long as Hollywood has been doing this: if a character doesn’t look like their supposed age, then it’s harder to believe them as a 17-year-old or a 15-year-old or whatever age they’re supposed to be.

Which leads directly into the main aspect of Dear Evan Hansen that has proven very polarizing: the premise. Evan Hansen is introduced as a high school Senior with severe anxiety issues that prevent him from forming any real friendships with his classmates. Add this to the fact that he has a disappeared dad and a working mom who’s rarely ever home, and you’ve got a very lonely boy. But one day, one of Evan’s classmates, Conner Murphy, dies, and a misunderstanding leads Connor’s family to believe that Evan was Connor’s only friend. Evan is uncomfortable at first, but then he realizes that this is an opportunity for him to not be so alone. Plus, it just so happens that the hot girl Zoe that Evan has a crush on is Connor’s sister (can’t get any more convenient than that). So Evan ends up playing along and forging a false identity of Connor for his family.

From the many reviews and analyses I’ve read, there’s two different ways to see this story, and after watching the movie myself, I don’t think either is the wrong way. Obviously, Evan didn’t ask to be put in this situation-it was just a misunderstanding. And as far as his lies are concerned, the movie doesn’t make it out to be overly malicious. When Evan first meets the Murphys, he’s clearly uncomfortable, and he tries to tell them that Connor didn’t write the letter to him-he did. But the parents don’t listen because they’re so convinced that Evan was friends with Connor, and they even pressure him into telling stories about Connor. Evan is reluctant to do so, but he sees that the stories he’s telling are making Connor’s parents happy, so he keeps his lies going.

On the other hand…is it Evan’s place to decide how to help the Murphys deal with the loss of their son? Probably not. He’s just a random guy from Connor’s school, and his mom doesn’t even know Connor’s parents. But as we see in the movie, Evan’s lies keep building up. He forges fake emails, he helps another classmate start a program called The Connor Project to keep his memory alive, and grows closer to Zoe and starts dating her. Eventually, when Evan’s classmate Alana gets suspicious, things start to unravel until Evan is forced to come clean to the Murphys’ The Murphys are very mad at Evan for what he did, and who can blame them? If you barely knew your son, and he suddenly died and then there was this other guy who was supposedly his friend who told you all about your son, and then it all turned out to be a lie, then surely you’d be pretty upset too.

But the reason Evan did all this in the first place is because of how depressed and lonely he was, and it felt good to finally have a “family” who cared about him, and to become more popular at school. This is where the earlier problem of Ben Platt being miscast comes in. How you come at this movie depends STRONGLY on whether you identify with Evan Hansen. Since Evan does not look like a teenager, then it’s harder to buy him as an emotionally struggling teen who just needs a hug. From what I’ve seen, most viewers see Evan as much more of a sociopathic monster-even though the movie doesn’t treat him as such. If they’d gotten a younger actor who did look the part, then I think maybe more viewers would’ve identified with Evan’s struggles and understood why he did what he did. After all, telling lies to make things play out in his favor isn’t unrealistic writing for a teenager. But then again, if something like this were to happen in real life, a teenage Evan Hansen would be shunned and ridiculed once his lies were exposed. He’d be even worse off than before.

So, to answer the question of the topic…well, I don’t think there is a definitive answer. Whether Dear Evan Hansen is a “bad” movie depends on your point of view. Maybe you can look past the miscasting and find yourself relating to Evan’s struggles, or maybe you can’t and therefore see Evan as a horrible person. Like I said, neither is really the “wrong” way to come at this movie. In the end, as with most movies, it’s up to you whether you like it or not.

Honestly I just don’t like stuff like this on principle because most of the time it’s either just the standard predictable happy then something goes wrong uplifting stuff or it falls into the trap of making you feel for the character by just making everyone else a complete as hole.

Well as someone whose brother has committed suicide, I hated this movie. I was recommended to watch it and it left me disgusted. I hate the way the topic of suicide was handled in the film. It felt like it didn’t really take the gravity and severity of the action seriously, just as a good plot device that they wanted to tug heartstrings with. 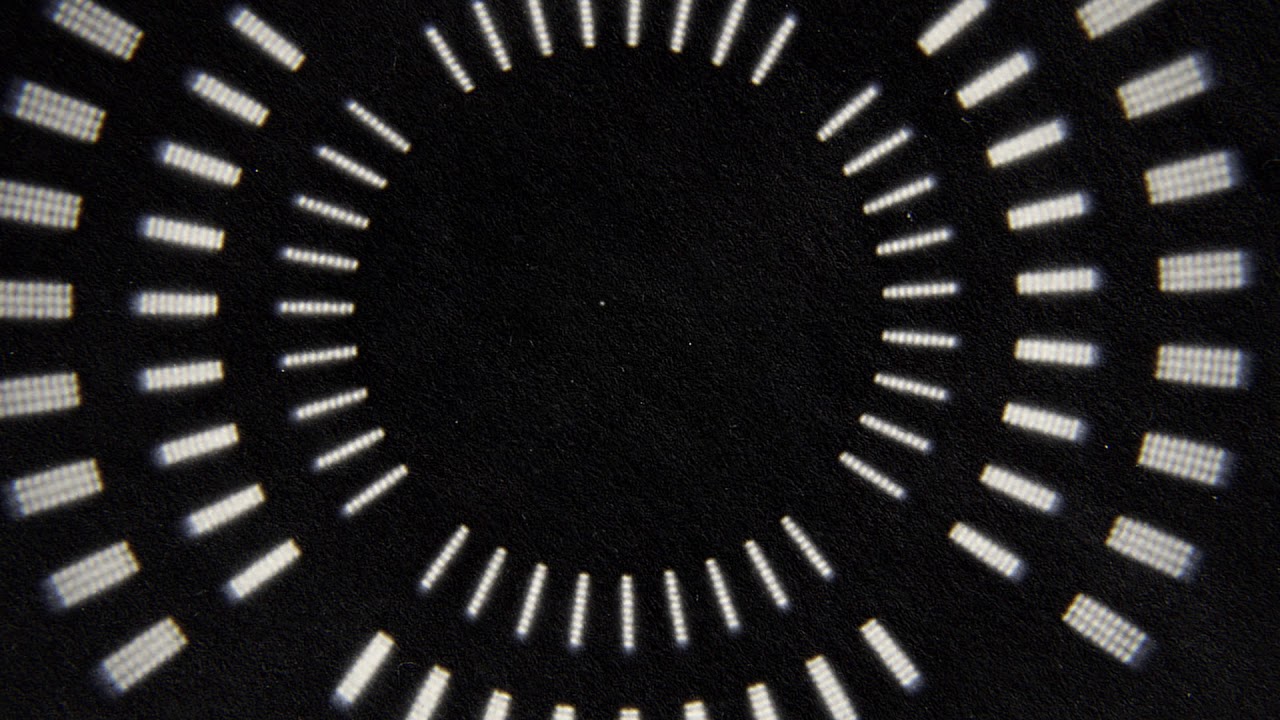 I think the casting is the least of the show’s issues. My cousin commit suicide 5 years ago, and I find that the show - which, granted, I’ve never watched - is guilty of the same thing that (I feel) much of our culture is: the glorification of suicide. It treats it as a tragedy, yes, but also as a plot device, something to tug on the heartstrings. Violently not how I think it should be treated, which is as an unacceptable and utterly tragic problem that we must do everything in our physical power to put a stop to.

One video I saw suggested that age discrepancies between actors and the character they’re playing is more accepted in theater because of how the medium requires a larger suspension of disbelief than film, how far away audiences can be from the actors, and how most of western film is dedicated to verisimilitude on some level or another.

age discrepancies between actors and the character they’re playing is more accepted in theater because of how the medium requires a larger suspension of disbelief than film, how far away audiences can be from the actors, and how most of western film is dedicated to verisimilitude on some level or another.

True, but in a movie that otherwise portrays things very realistically, characters that look older than they’re supposed to be can rather jarring.