Is The Sound Of Music Too Long?

The Sound Of Music. An absolute classic with unforgettable songs, sweet messages, and nice chemistry between the cast. It defined a generation, and there’s an unwritten law that every family should own a copy. My own family was really into it about seven years ago. It all started when my church youth group was doing a roadshow where we mashed up two movies, and the movies we mashed up were Napoleon Dynamite and The Sound Of Music. A random combination, yes, but we actually managed to make it work out pretty well. And in the process, my own family got hooked on The Sound Of Music. My little brother and my little sister were singing the songs nonstop, and dancing to them, and listening to the soundtrack on every. Single. Car. Ride. I loved the songs, too, and I took it in stride. However, my mom said she thought we should move on from The Sound Of Music and get hooked on some other musical. She probably should’ve been more careful what she wished for, because Frozen came out just a few months later.

Getting off topic here-the movie itself. On the whole, it’s a great one. But, at nearly three hours, is it too long?

Many people (myself included) are willing to give TSOM a little leeway, because it came from a time period where movie-making styles were very different from what they are now. Pacing was slower, and studios would place the credits at the start of movies as opposed to the end, and storylines would be extended further. The Sound Of Music fits all these criteria. Not that any of it is inherently bad, but…could The Sound Of Music work if it was a little shorter?

These past couple nights, I’ve been rewatching TSOM with my family. It’s as magical as ever, but I’ve noticed that there are some establishing shots and walking-around-the-house scenes that keep on going. That might be part of why it’s so long, but it might also be because the actual plot is extended to a long length. Not that there’s anything wrong with the story itself, but I can’t help wondering if, were a studio to reboot TSOM, if it would end up being shorter than the original. They’d keep all the songs, of course, but would they try to make the storyline more concise? Because a three-hour movie can be a long sit, especially for a kid.

And yeah, there are some pretty long movies in the modern day. Movies like The Lord Of The Rings: The Return Of The King and Avengers: Endgame are three hours long themselves. But LOTR is a big, epic storyline with a massive scope, and Avengers is the culmination of ten years and twenty+ movies. In such cases, a long final chapter feels earned. Not to mention, both those movies have lots of characters in them. The Sound Of Music is just one nanny that we’re following around for three hours. In all fairness, Maria Von Trapp is a likeable protagonist, especially when she’s got all the kids surrounding her. Not to mention, Captain Von Trapp has his share of character development, as do the kids. But Maria is still very much the main character.

What do you guys think? Do you think length is a problem for TSOM? Or does the scope of its colossal runtime just add to its greatness?

As much as I like Song of Music, I do agree that it’s a little too long, and not so easy to re-watch, despite being such a classic. If it were for me, I’d remove the entire WW2 subplot from the end of the movie, which while still interesting, felt kinda pointless and gave the movie an extra 30 minutes that weren’t really needed.

You don’t understand is, the WW2 subplot is of the most important parts of the movie.

The Von Trapp family were real people. The Sound of Music is basically a dramatized bio-pic, similar to Schindler’s List. That’s why it’s so long, because it needs to cover alot of time. If you take anything out, it’s just a story and no longer a biography. 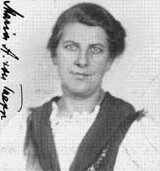 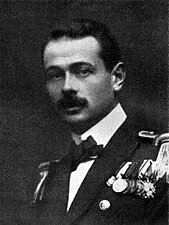 The real-life Maria and Georg.

It’s the same length as Endgame, except there’s literally an intermission. It’s fine.

Plus, the WWII part is the greatest portion of the whole movie

The Von Trapp family were real people. The Sound of Music is basically a dramatized bio-pic, similar to Schindler’s List. That’s why it’s so long, because it needs to cover alot of time. If you take anything out, it’s just a story and no longer a biography.

Huh, I never knew Sound of Music was based off a true story… Forgive me ignorance.

Don’t worry about it! Most people don’t. (Which is a crying shame)

also, the Sound of Music was based on a musical, and I think musicals tend to run for longer.

And of course, Hamilton had a basis in reality as well.

Yes it’s really slow until- well Y’know… ww2 happens then it picks up the pace and is overall much more of an easy watch.