Had his improved version laying around for a month but never got round to taking pics. So anyway here you go. Hope you like it.

After many battles, Colrar’s body began to age and sustained injuries that never healed 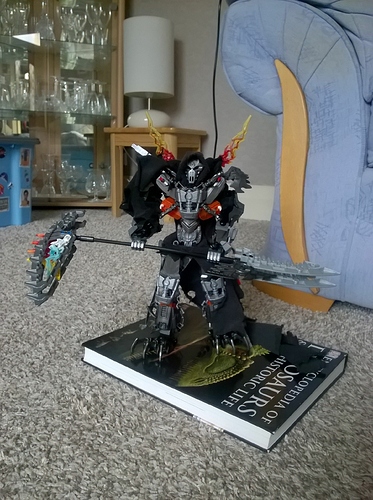 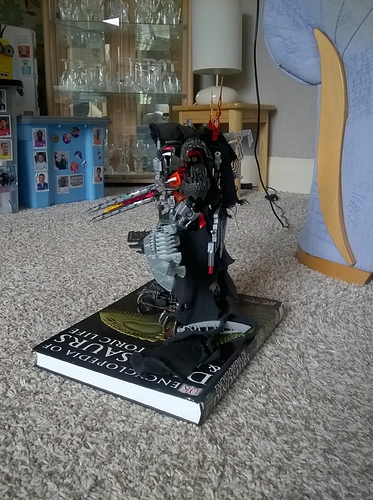 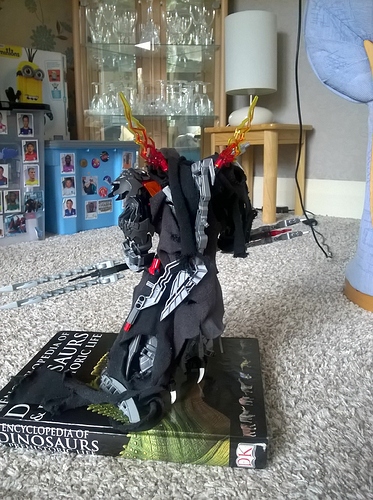 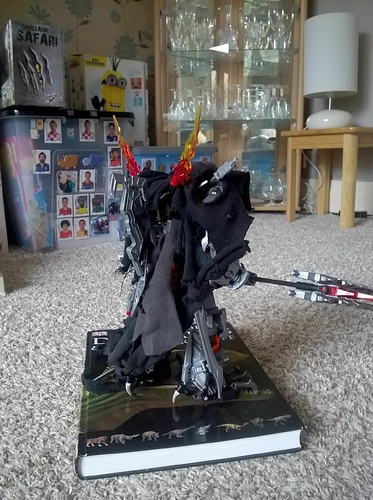 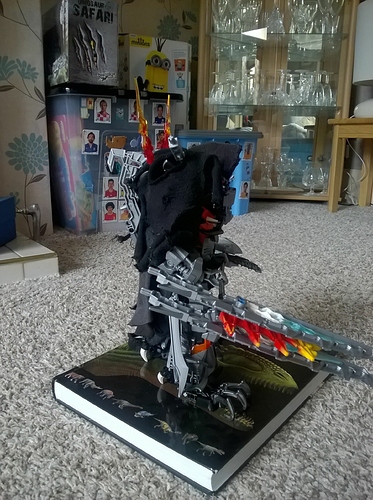 So I have removed the trans blue bones, added blades into his cloak and body to show how he’s been in battles and doesn’t care about his body anymore 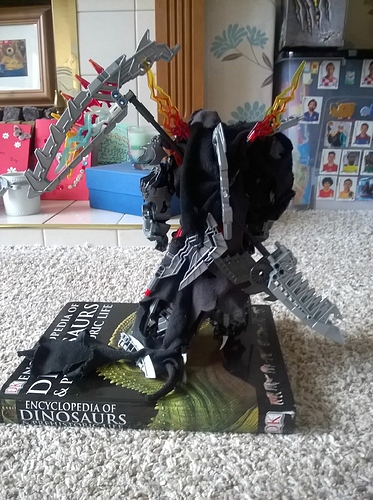 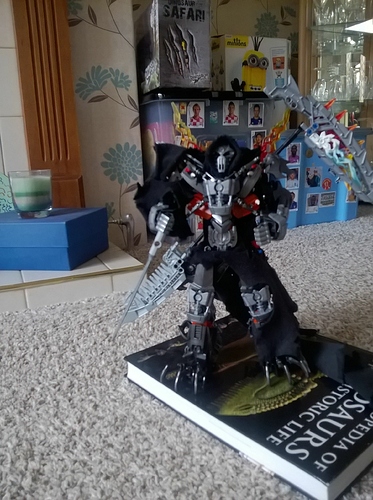 WP_20160407_09_47_16_Selfie.jpg1936×2592 1020 KB
Dagger, another is concealed beneath his cloak at the hip, you can see the handle.
All the blades in his cloak and body can be used by him.
He still has a gear function activated by the flame pieces on his back.
I also lengthened the lower arms so they were less stubby. Changed his scythe by using Brutaka’s silver sword pieces instead of Rotor’s black ones. Chmaged his hands from trans blue to silver. Added armour on the lower arms so they were more bulky.
I didn’t believe the chamges was substantial enough to call him v3. 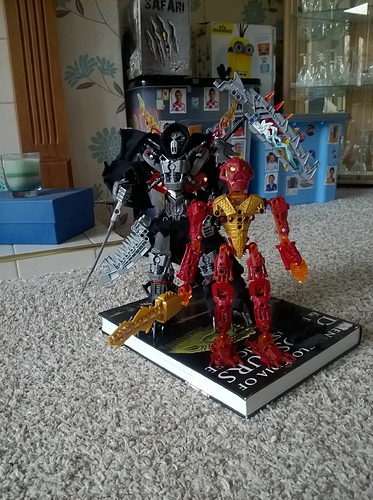 So what do you think, any further improvements? Do you like it or do you dislike it? Better than his previous version? Let me know.

The red looks good, but I feel like it should be more apparent in the legs. Also the blade on the left side sticks out and imo doesn’t look good. The blade as a spine looks good, and it isa improventoverthe last.

@Omega_Tahu Thanks, the spear blade you are talking about. The idea was it stuck out as it’s embedded from a previous fight

Honestly feels very messy and the colorscheme isn’t the best.

Honestly feels very messy and the colorscheme isn’t the best.

Haha lol. Rightly so too

Yes, I do. It looks pretty menacing.

Thanks, glad he looks menacing. What would you suggest improving, if anything?

I’d remove the white flames of his scythe and replace it with red ones. I think it’d fit the color scheme better.

I’d remove the white flames of his scythe and replace it with red ones. I think it’s fit the color scheme better.

Yeah I realised I forgot to do that, I need more flame pieces unfortunately

. I’ll try and find something, anything else?

Better than his previous version?

What by chance was his previous version?

I mean could you tell me where to find his prior form so I can compare.