Upon the 3rd hour of waiting the facility went on lockdown. Guards started running by with strange guns. Jake wasn’t too concerned, until one of the guards exploded in front of him. He looked around to see what caused the explosion and saw a monster with 3 of the strangest eyes ever. Jake went to get the gun when he saw the eyes flash. Jake knew it was do or die time, and he picked up the gun, aimed, and somebody else stole his kill.

The company then let him keep the gun and some ammo as reimbursement, which Jake gladly took since there were now monsters everywhere.

Anyways, the moc is Jake a little after the initial event. He has a shield now, and has an ammo rack with mixel eye spears. His gun can also fire normal spears, but those aren’t as fun. 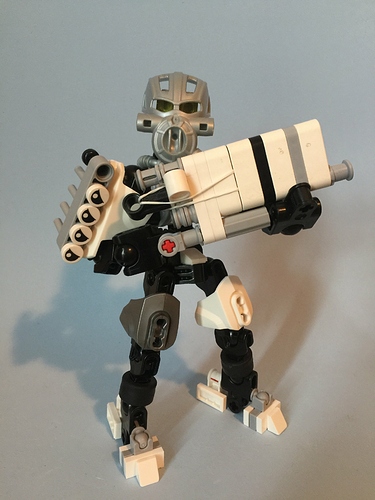 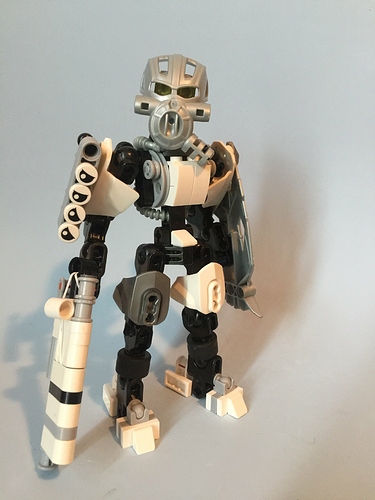 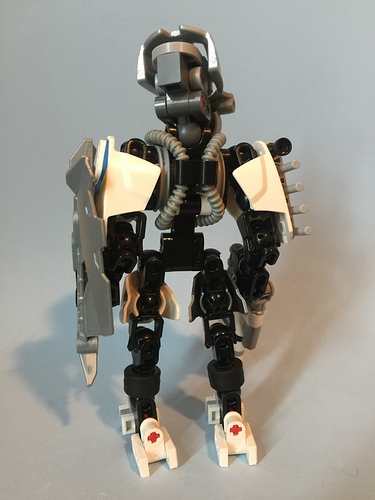 Pretty happy with the piping. Imo it came out rather well. 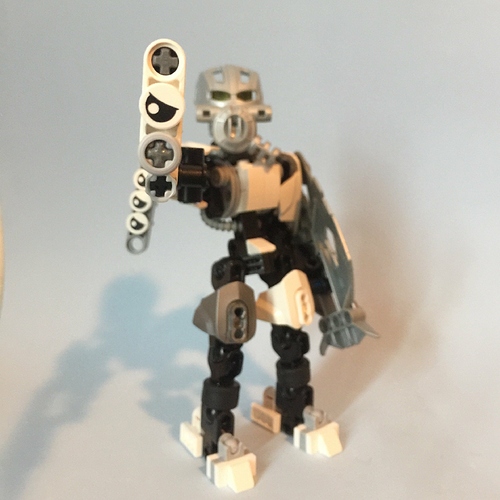 The spear is angry 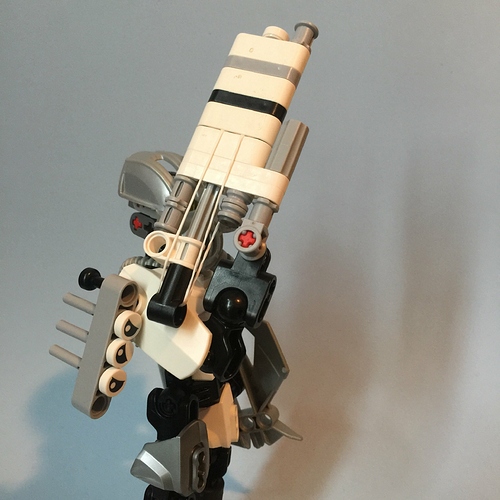 That’s the gun when it’s loaded and ready to fire. All you do to fire is spin the thing the rubber bands are attached to 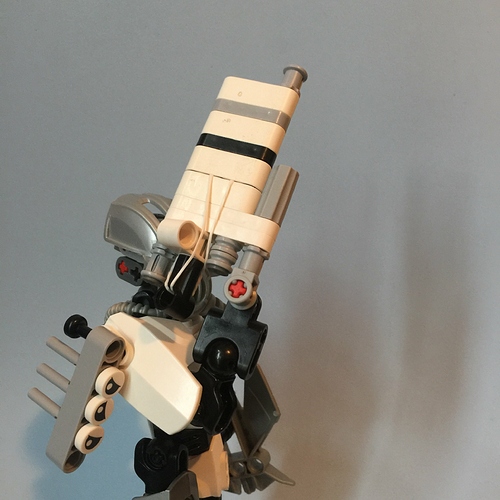 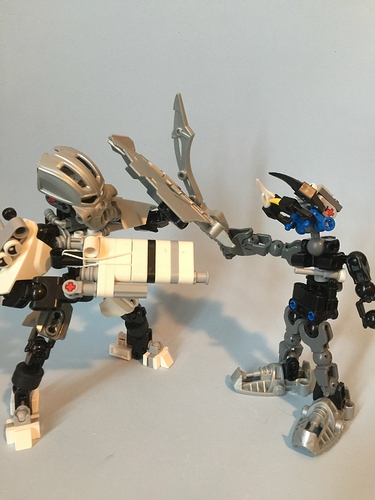 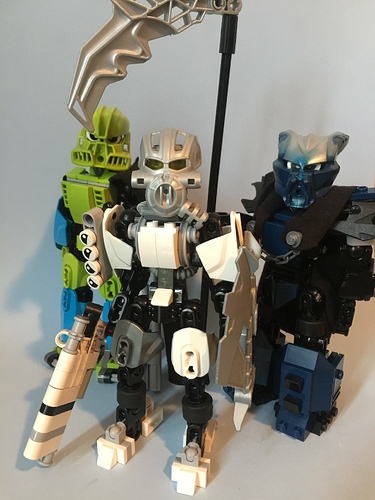 All the mixel eye related matoran.

Anyways, C&C welcome, I’ll see about getting a rating poll up later.

Are these Machine Demon weapons?

The pelvis seems odd and the back head looks incomplete, the texture of the build goes decently well-

Are these Machine Demon weapons?

Should I recognize what that? Because I don’t…

The pelvis seems odd and the back head looks incomplete, the texture of the build goes decently well-

The white slope on the pelvis was originally black, but I felt like there wasn’t enough white on the torso. Maybe I should switch it back. Also, I meant to have a pipe go to the back of his head but I ran out of spots to connect it.

Those mixel eyes are good for anything.

That is an amazing design for a weapon!

I decided to switch armor around and add another ammo clip of basic spears, because Mixel eye spears are expensive. 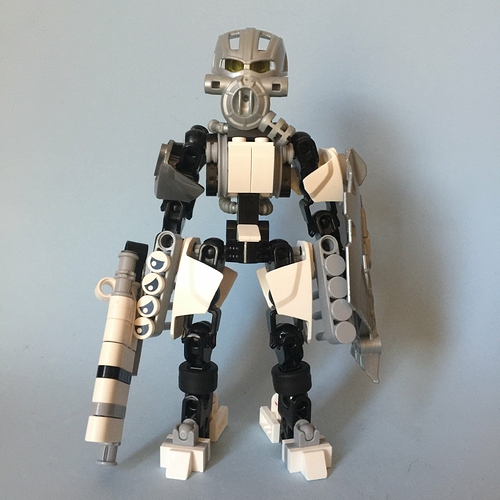 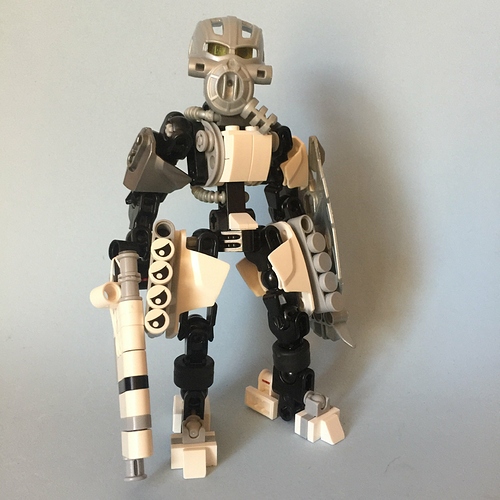 And then a bigger gun with automatic reloading and ammo clip. Just a really ineffective way of firing that probably could be better. 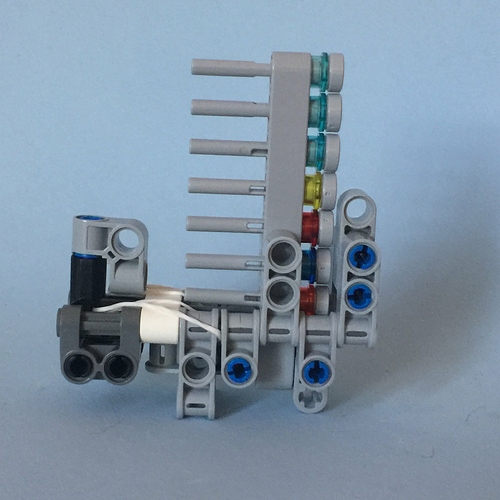 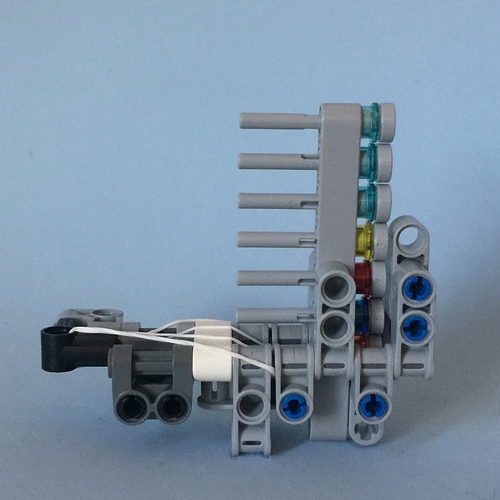