Jethryn, the Strike of Lightning 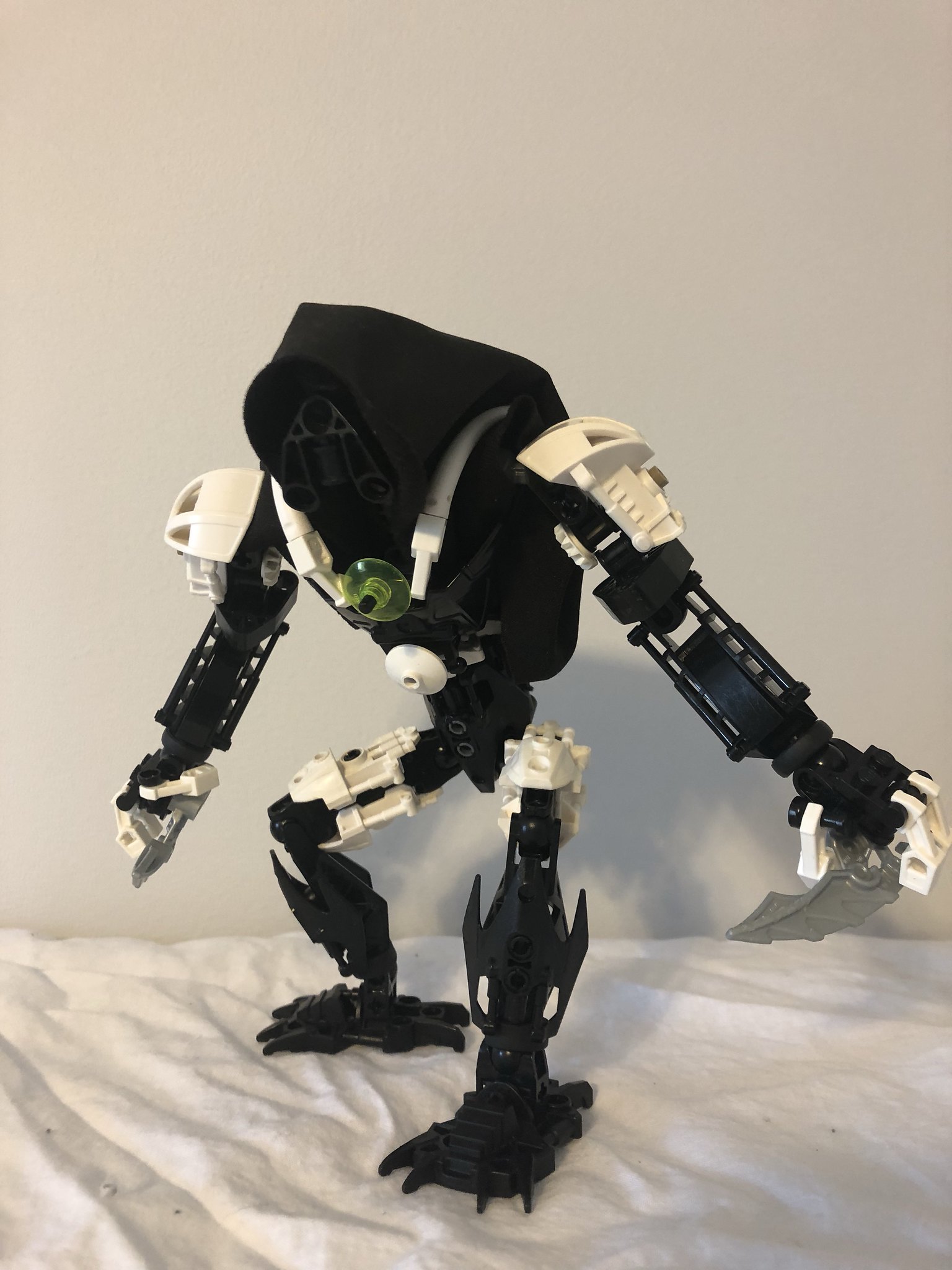 Male Toa of Lightning, and the last surviving member of the Toa Mokha. An exile from the Order of Toa, as he killed his treacherous team leader, Galek. Jethryn uses his freedom to travel across the Matoran Universe to where he feels the most needed. He also maintains a loose network of similarly-minded vigilantes and outcasts. 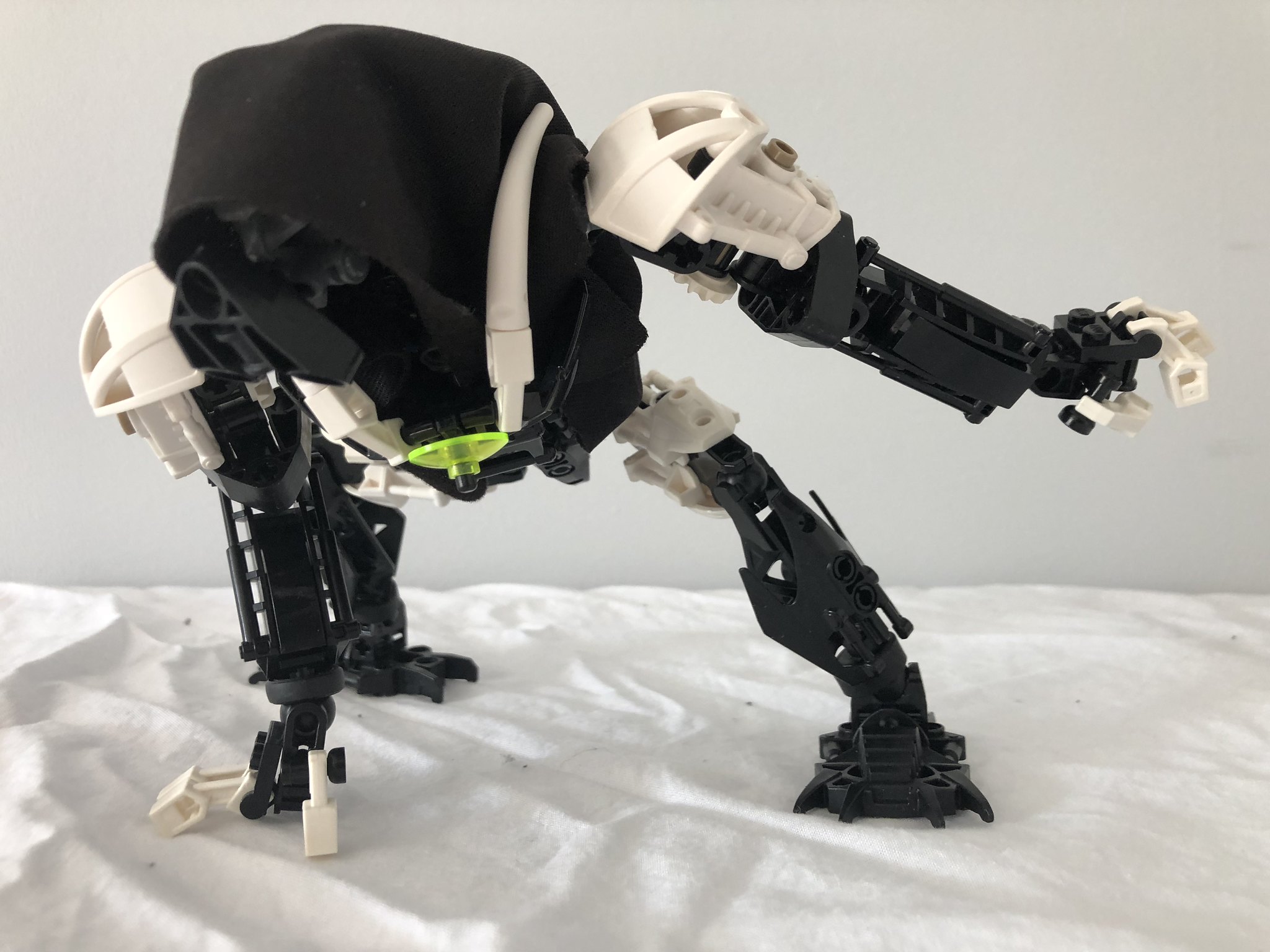 For those of you that don’t know, Jethryn was my primary selfMOC from August 2013 to January 2015. I’ve played with the idea of bringing him back in one form or another for a few years now, and finally set out to to around May of this year.

Needs a good bit of work - in particular, a good shin design - but I think I captured the essence of the character. The MOC was primary based on his V3, which I consider the definitive version of the character (until I can get this version sufficiently improved). 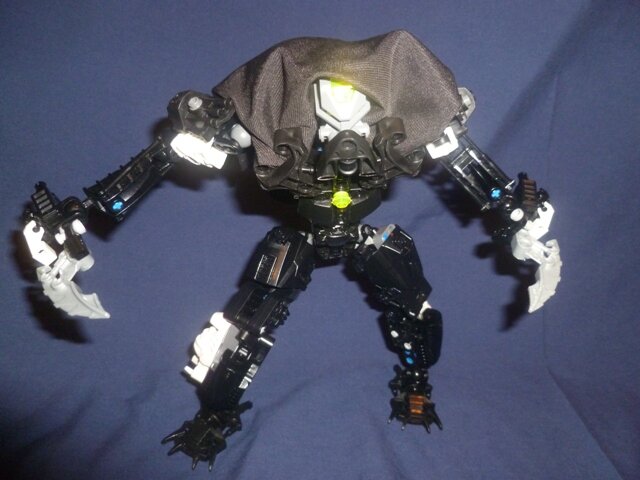 As always, comments and critique are appreciated. 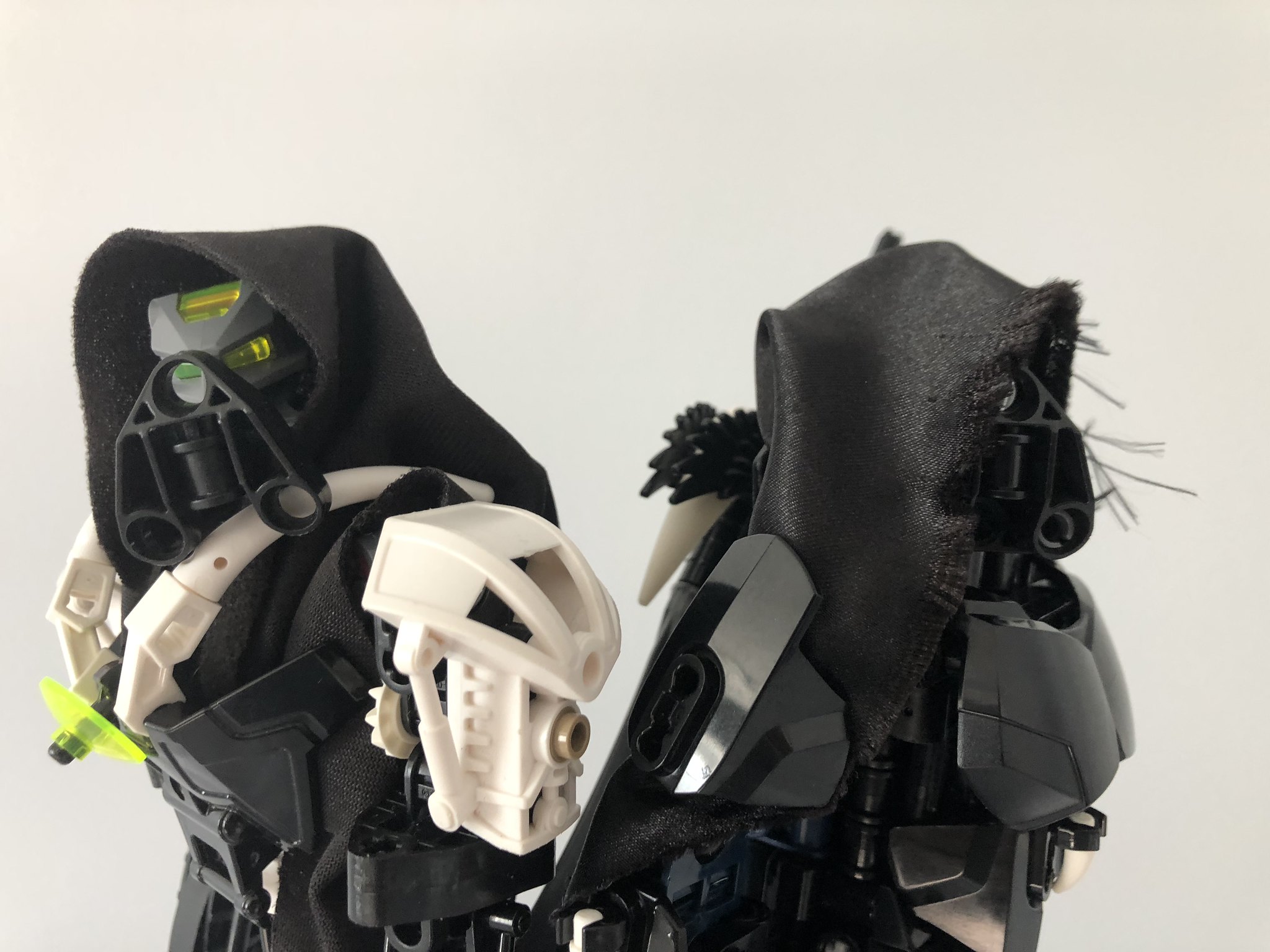 I think the version with white is better.

The white really adds a lot more life to the MOC. It’s still edgy as hell, but now it looks like an actual character and not a bootleg Bionicle set from Hot Topic. The hood also looks a lot better now.