Back in the early, early 2000’s LEGO tried just about everything. From breaking into the action figure market with GALIDOR which got universal success to reaching adult fans with Jack Stone.

Junkbot was originally an arcade cabinet populating a few arcades here in North America. Regretfully, after a fire hazard they were all removed pretty early on in their life span. Afterall, how would a Denmark company know to put surge protectors in their machines?

Regardless, Junkbot recently made a comeback in the Ninjago Docks set as a couple of stickers you would apply to an arcade cabinet. This one however wasn’t accurate to the real life Junkbot arcade cabinet, so I’ve decided to build a more accurate one shown here. 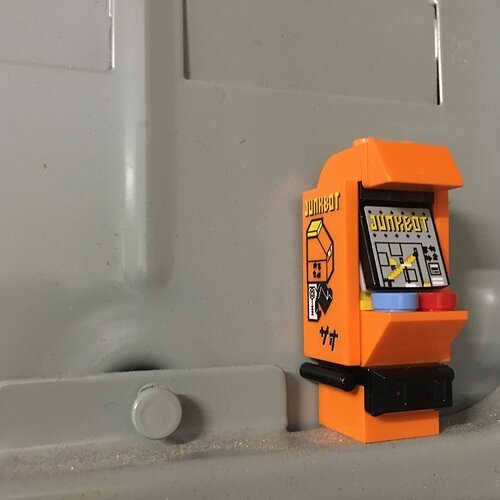 I loved the Junkbot game as a kid (and picked it up again last year and still enjoyed it), but never knew it was planned as an arcade game. Cool to know.

Where did you get it? I’d love to play it again.

note that I couldn’t get it to work on my Mac, only my PC (most of the flash games worked on both).

i hear the junkbot arcade cabinet causes anyone who plays it to die…pretty scary stuff.

@Tate I hear it was Lego’s answer to Polybius

Seriously though, I used to love this game as a kid. There was also some weird top down creator game I used to play too - can’t remember the name.

I see you peeled the sticker

You are wrong. I cut the sticker on the screen bc it wasnt meant for a 2x2 tile

Junkbot remains to live on in my mind with joyful nostalgia. I don’t remember anything about it besides it being a platformer, but it was fun. I like the arcade machine a lot! 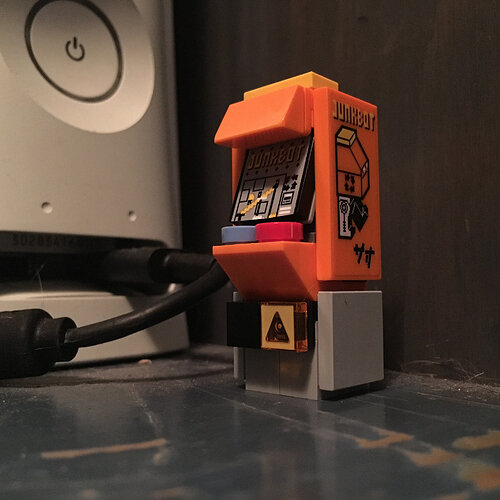 Somehow I feel obligated to comment here, I don’t know why though…

Very nice build. Makes me sad for some reason…