The Roborumble 3000…
A contest so infamous it drives some people to far, far lengths, like upgrading oneself with old parts from the local junkyard until they’ve lost all sense of who they once were. 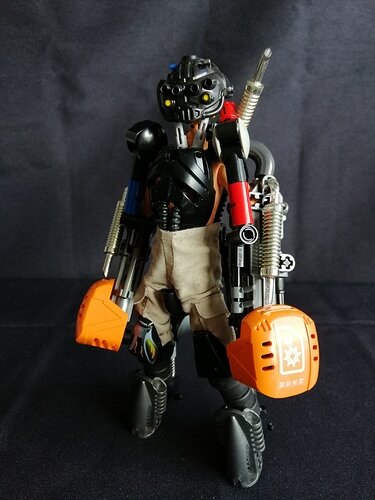 All that remains is a Techno-organic mess and a desire to stand in the ring until either victory or an explosive defeat arises! 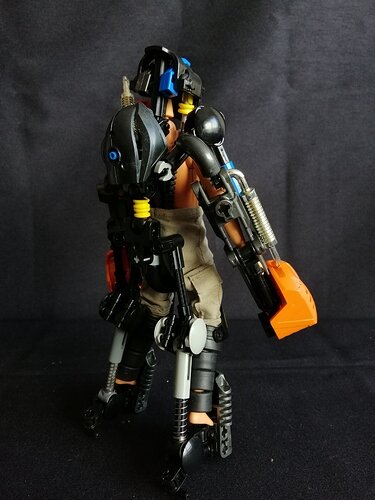 My entry to the #djokemsokem is here! I wanted to add a dimension of body-horror to this one from the get-go so I ordered a scala-body and started adding stuff onto it until I got something that satisfied me. Inspirations were mostly the world of Ma.K.

Thanks for looking, and for those who participate; see ya in the ring! 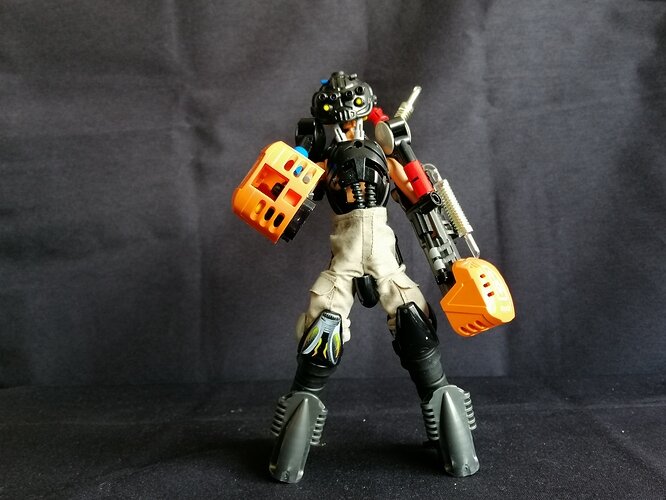 ooo, love the pants, and that face looks great!

Where did you get those pants from?

Is that a Galidor body inside there?

@LegoDavid Those are from an old line named Scala!

This post is NO longer my contest entry, due to some unforeseen circumstances. A newer version will be uploaded shortly so stay tuned!!!

I really like the hands! Are those also from Scala?

The orange boxing-mitt pieces are from Exo Force.