Hello there, it’s been a while. Well this is my entry for the Lariska fanon contest.
I am posting it here cuz I don’t have anywhere else to put it XD. 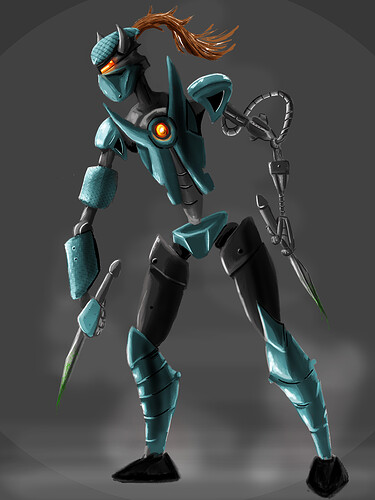 So about the entry, as you can see I drew a picture of Lariska, somewhat similar to the Miramax style. It was quite the challenge since I had to basically create her from scratch.She is loosely based on a moc I did of her when I was a kid, but since I don’t have any Bionicle pieces with me I have no idea if it’s even possible to build her in real life. I did include a few recognizable bionicle elements, so hopefully if I win someone will be able to reverse engineer her.

I chose a teal black and grey colour scheme with some orange as accents.
Lariska is described as very thin and agile, she is also able to wear Kanohi, though she chooses not to, that is why she is using a metru head.
She has two daggers that are covered in green poison. 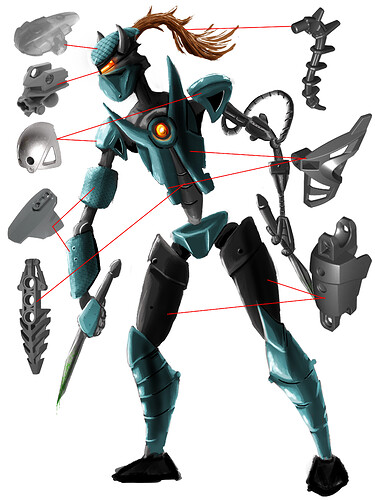 Lariska is a female ninja/ robot, so for reference I used a few robots and droids from Star Wars, like general Grievous, as well as female ninja references like Kitana from Mortal Kombat. 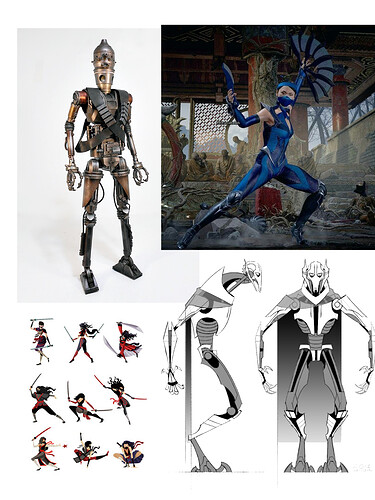 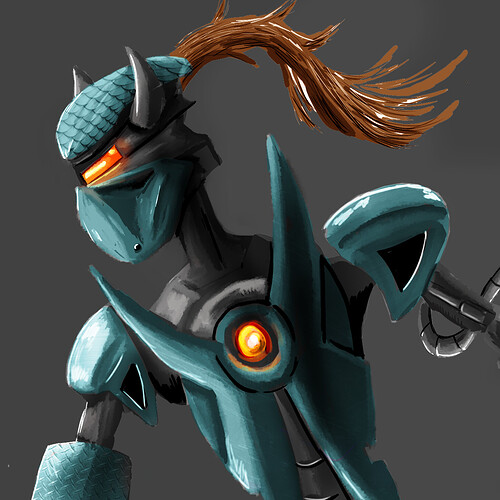 That is about it, I would love to read your opinions.

Great artwork, though the hair looks a bit too human-like. Maybe you should’ve done something more robotic looking, or just sticking to the color and shape of the Barraki thing (I used that piece as hair for my Lariska too).

I see your point, maybe something more similar to roodaka’s hair from the movie

i dont mind the hair

Now this Lariska is pretty nice! I would enjoy seeing her in the Miramax movies!