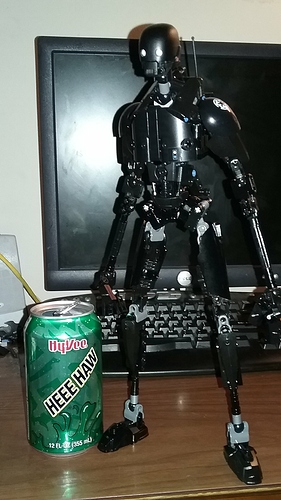 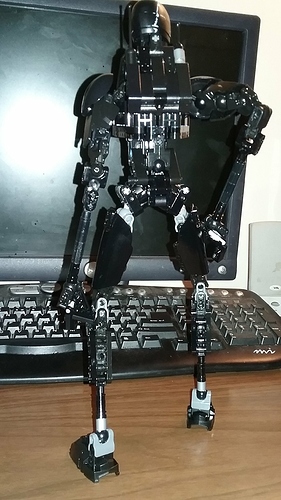 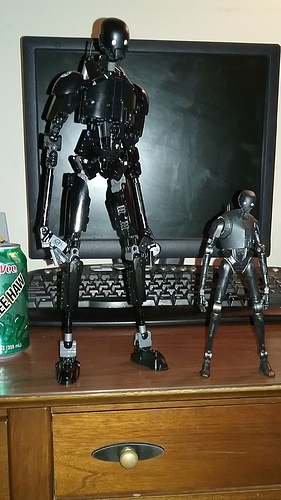 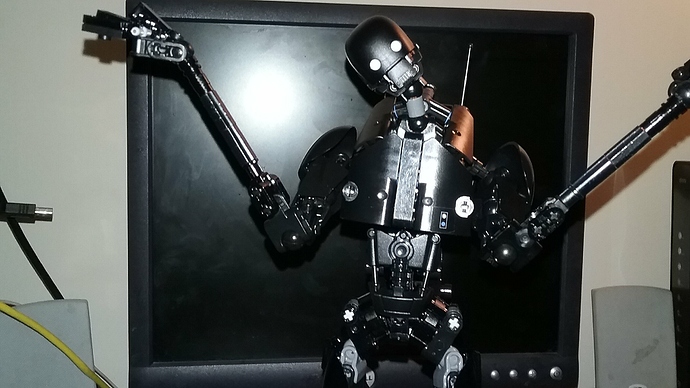 Well, it was something to do.

To be honest, I couldn’t think of better custom limbs for the body, so the limbs are just modified general release limbs =/

I think these changes more closely match that of the character than the official set. Good job!

Dude that torso is great!
Could you make instructions or more in depth photos of the construction because I’d love to use it in my K-2SO revamp that I’ve been making.
I’ll make sure to credit you when I post it.

you want upper, lower, or both?

be warned, the lower torso and the connection to the toa okoto piston piece is really bootleg.

you want upper, lower, or both?

Both would be great thanks.

be warned, the lower torso and the connection to the toa okoto piston piece is really bootleg.

ok, i’ll get to it tomorrow, then.

The neck seems a little too long but that may be just cause of the gray part, and the hands look really wonky to me cause the main fingers are on the inside of the hand, rather than being on the outside.
Otherwise excellent job!
EDIT:
And the lower legs feel a tad long to me as well, like the point where they go into those lightsaber parts, and again theres the gray band (and the friction adders are a necessary evil)

The neck seems a little too long

to be fair, the animation model had a long neck. the original version fixed it to be fowards.

and the hands look really wonky to me cause the main fingers are on the inside of the hand, rather than being on the outside.

odd. that’s how i do all my exo force hands, for the inward articulation.

And the lower legs feel a tad long to me as well,

ok, yea, but i was trying to make the legs taper off around 1/2way.

there could have been simpler ways to do it, but i’m short in 1*4 1/2 thick technic liftarms =/

Nice! That custom torso looks much better then the official version. It’s a real shame that those friction adders don’t come in black though.

Also, I recommend trying to photograph with your flash off. A camera’s flash reflects off shiny LEGO elements (especially black pieces) and winds up making creations look unnaturally glossy and washed out.

Well done! I am looking at a youtuber named Play Stippling, who review the Star Wars CCBS sets, so I kno the pros and the cons of this set, and I can tell you fixed some cons.

Also, I recommend trying to photograph with your flash off

ohhhh, trust me, if i could, i would.

and i can turn it off.

Over all it looks pretty good, the Neck part looks a bit wonky, I think it might be that grey little piece inbetween the two ball joints (I think those come in black (?) )

The hands also seem kind of off, because While they look good, K2-SO has five fingers vs 3 and again…the grey (No idea if the pieces you’ve used all come in black)

The Torso on the other is amazing and I like it a lot! Basically I think if you just swapped out some of that grey with the black it’d be perfect (if that’s possible)

also Note: I’ve complained about the grey on the official set as well simply because it upsets the coherency of a character who’s pretty much all black <Looks at MASSIVE Limb bone that stick out like a sore thumb)

yes they do, in a set which i have no plans on owning

that can be boiled down to size limitations. i wanted an articulated hand, whilst it still be a decent size.

pneumatic t bars do come in black, but i own none of the sets that own them nor have i bricklinked the parts. (done using just the parts in my current collection.)

most of the grey here is done via necessity, not style.

That’s fair. I was aware the Friction adders did not come in black but I can understand the limitations of parts, still looks great though.