Deep in the depths of Vana Soli, an island near Okoto, lies the Kalokano. The Kalokano is a krana xa charged with the task of creating the bahrag, Nohdok and Vahdok. 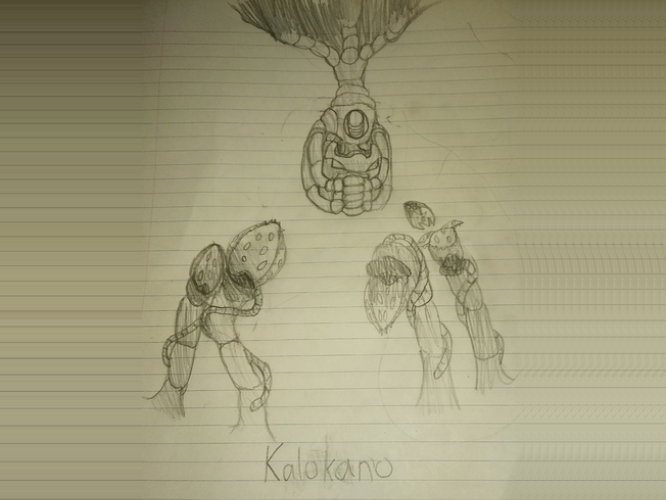 It was created by the Great Beings after their return, warranted by the defeating if Teridax 1000 years after gen1. The Matoran Universe robot, now defeated, could not explore the universe and gather valuable data. This lead to the great Beings creating a similar robot. It was called the Korahan universe. It housed Okoto, Vana Soli, Vana Luni, and many more. Inside, they created a silver krana kal with the ability to create krana nui and protoglys. It is spoken that an unknown object (krana nui) is submerged in an unknown liquid (protoglys) to create a krana. That’s what was bursting out of that cocoon. You can imagine fleshy, organic arms to come from the ground. A hand strikes one of the present protectors. the protector glows and crackles and explodes into a strange creature, rolled up into a ball… A krana nui is produced and covered with protoglys. It molds and transforms into a strange, fleshy mask. The vu is loaded into the creature, which on further examination is fully mechanical. It unfolds into a…

I might add more in a separate topic. Bye!

Not making anything related right now[/spoiler]