Kalza, the god of fire 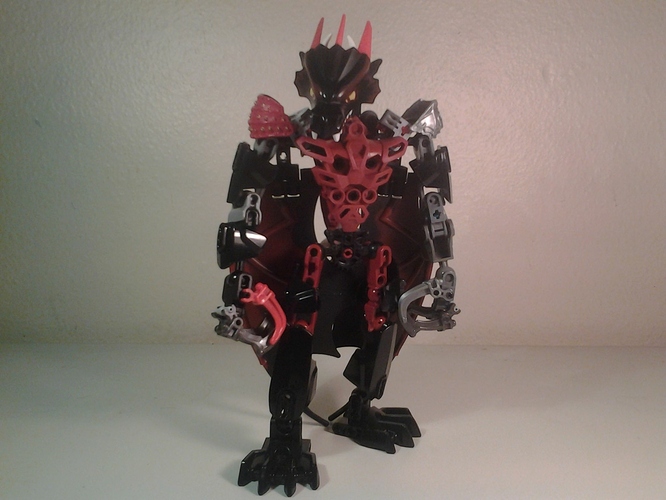 Kalza is an ancient being, who is one of the elemental gods, from the time before Okoto. He, and the other elemental gods, were key to the formation and creation of Okoto. 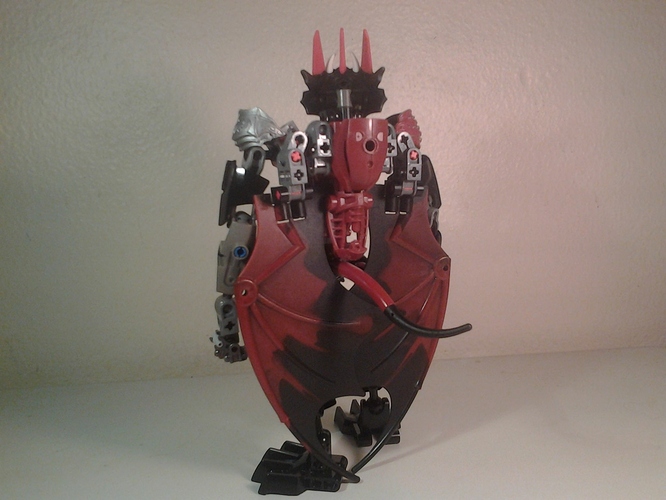 Kalza lost his left arm from the elbow down during one of many wars he chose to take part in. 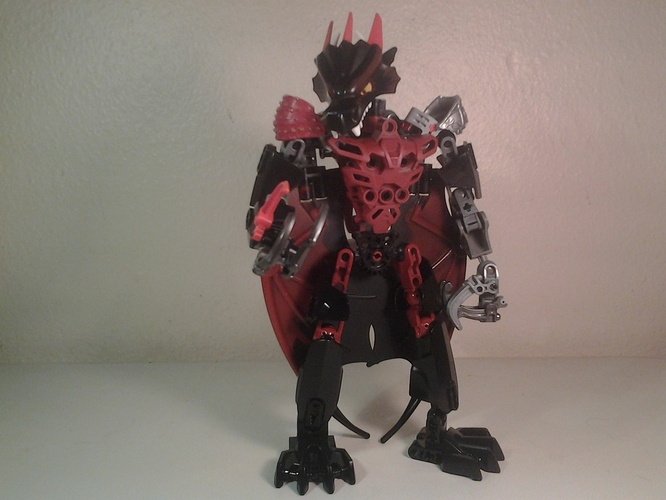 He is known as “The Dragon Lord” for it is believed that all dragons are descendants of his. 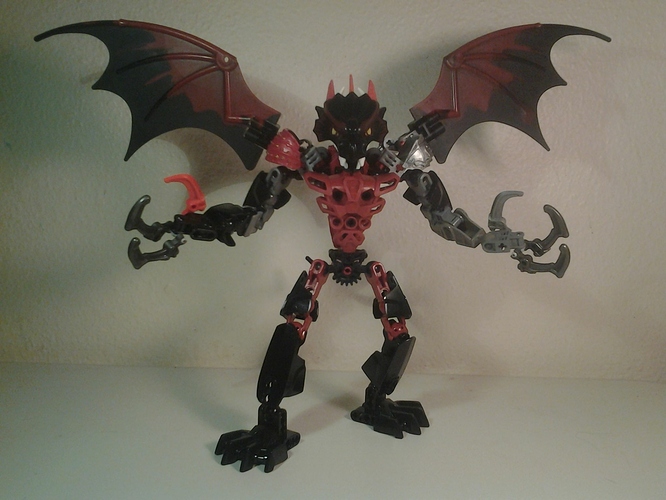 Kalza also had a hand in creating Ikir, the creature of fire, to take his place as the embodiment of fire on Okoto, whilst he began to set his plans into motion. 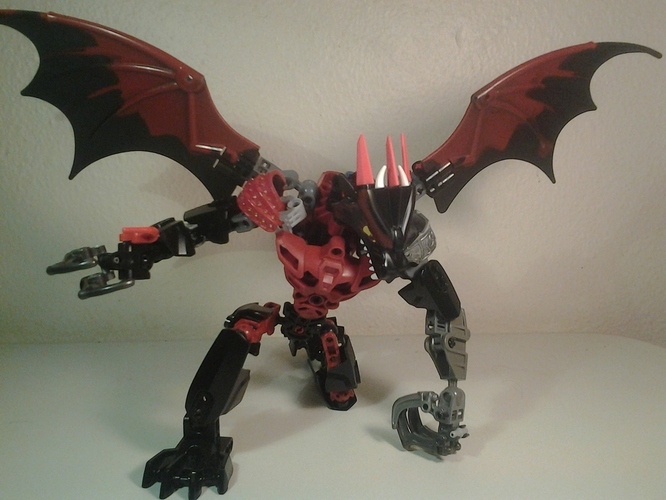 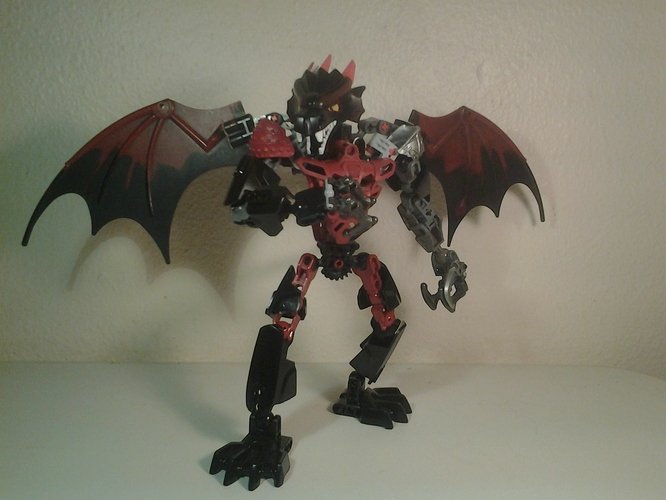 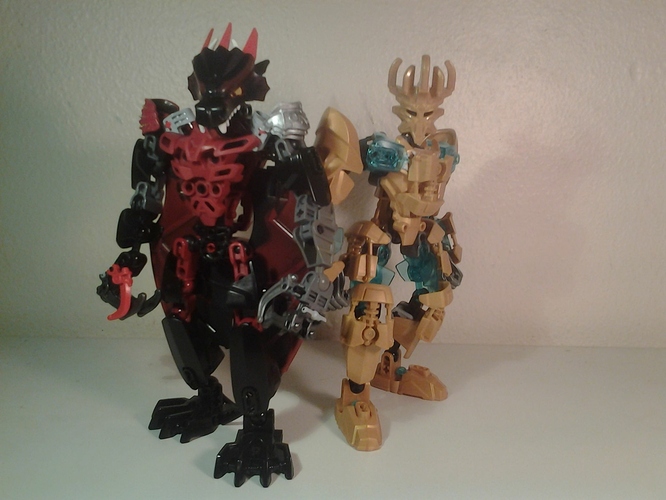 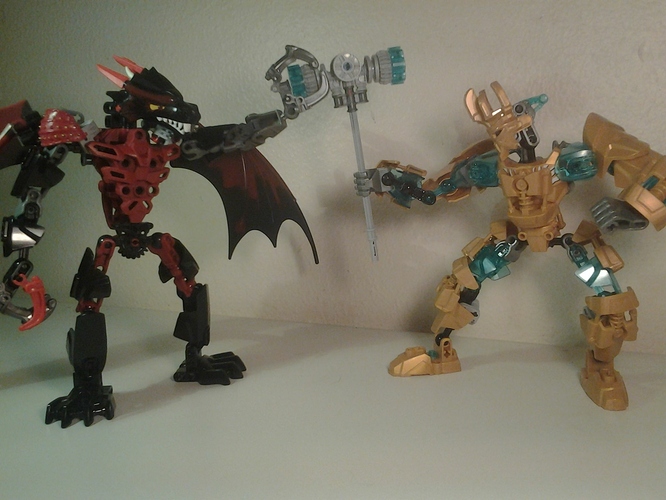 Kalza believes himself to be the most powerful being in existence, so naturally he will seek out people with great power, and attempt to destroy them.

Note: I feel this moc looks great, I’m just not happy with the chestplate, everything elses seems to work well together besides that. That is something I will try to change in the future.

Can I ask what’s with his red thumb?

Kalza lost his left arm from the elbow down during one of many wars he chose to take part in.

I feel like he should be called the dragon god, because the fire look doesn’t quite work.
Still good.

It Looks a bit boring.

Cool wings, they look like a cloak when behind his back

Wat? This thing looks like something I would draw back in the day!

Congratulations. You are the first person I have seen to use the 2007 dragon head in a MOC.

That’s surprising. Well, I can at least say I’m honored to be the first thst you’ve seen.