‘When justice is lost in the world of man,
he is called to make things right again,
God’s judgment he is called, he is the scythe’s keeper,
Many know him by a different name, he is the Grim Reaper.’ 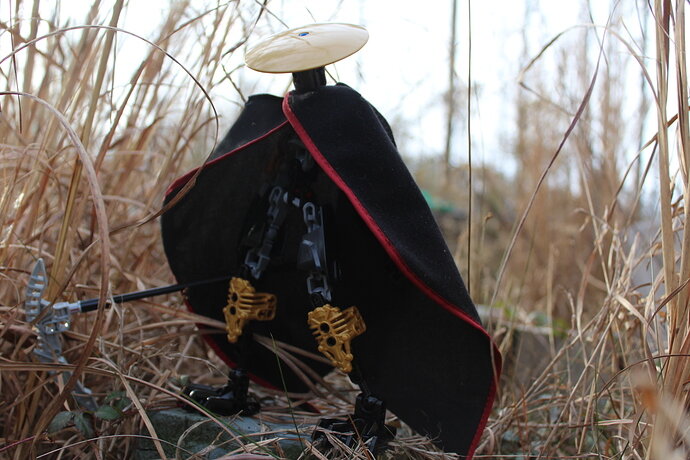 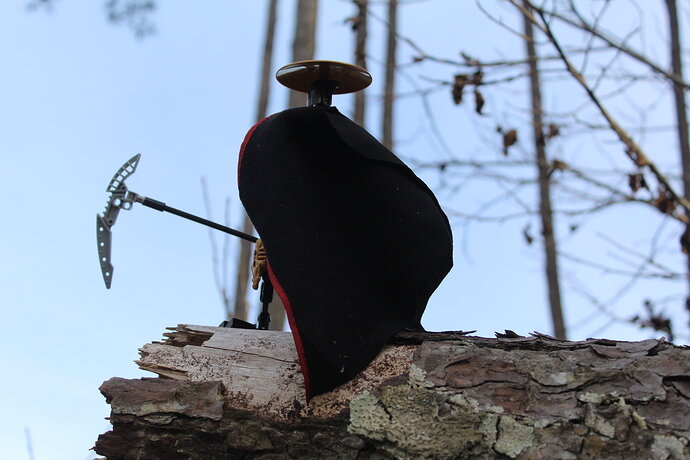 This was just a quickie MOC I put together after finishing MAARS. The idea in mind is an oriental sci-fi themed being similar the Grim Reaper, or a character that uses the reaper theme as his/her motif. 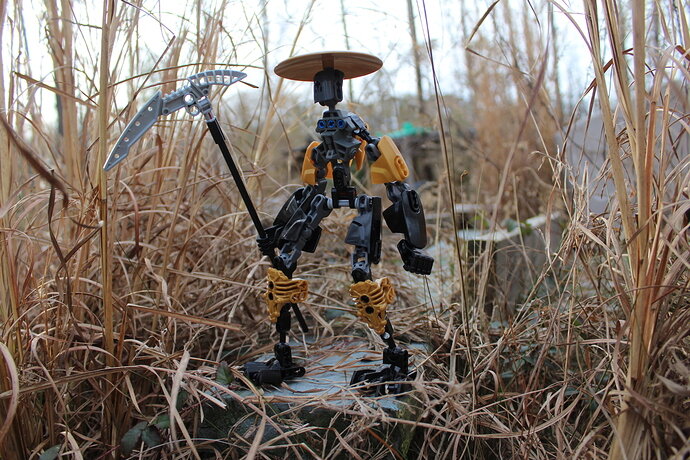 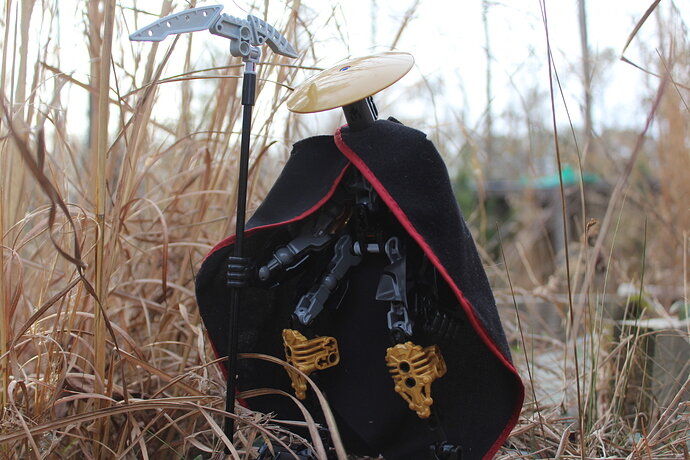 IMG_0019.JPG1920×1280 965 KB
The head is a bootleg version of the HF Breakout head, molded in dark gray plastic. It just…looked right for this figure, giving him an appearance of a faceless machine, much like the Blank Hero Drones seen in the series.

As the title dictates Kamikama is Japanese for ‘Divine Scythe’

The MOC looks great with the cloth piece but a little bare without it. I do like it’s simplicity and the proportions have some oddly unique and pleasing quality to them.

The head is a bootleg version of the HF Breakout head

Nonetheless this is a really neat MOC and I think all the pieces work together fantastically.

The arms are a tad long, And the feet are a bit big. I really like the torso design though, and it looks really good with the cloak.

As morgy said, the legs need fixing. It doest look as good without the cape on, btw

ShOw Me ThE wAy

as soon as you take off the cloth piece, the psycho shower scene music plays