Hello, Mr. Greg. I have some questions about Kanoka.

Greetings and thanks for Your time!

This is only a partial answer, but I believe it can be done. One canon example is the Kanoka Blade: 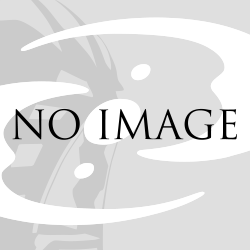 The Kanoka Blade is a half bio-long broadsword with a fist-shaped rigid glove in place of the hilt created by the Vortixx on Xia.

From reading the Metru-Nui guidebook, I believe that the power a disk has upon crafting is impossible to determine, and only visible upon testing. The most common disk powers are reconstitute at random, enlarge, shrink, freeze, remove poison, regenerate, teleport, and weaken, though increase weight and levitate disks have been mentioned, and it is unknown whether these are natural or simply combinations of other disks. Disks also have powers based on which Metru they come from: Ga-Metru disks can be guided by thought, Ko-Metru disks avoid obstacles, Le-Metru disks have a longer range, Ta-Metru disks will destroy obstacles of the air, Po-Metru disks would detect and deflect other disks, and Onu-Metru disks could return to the thrower if diverted.